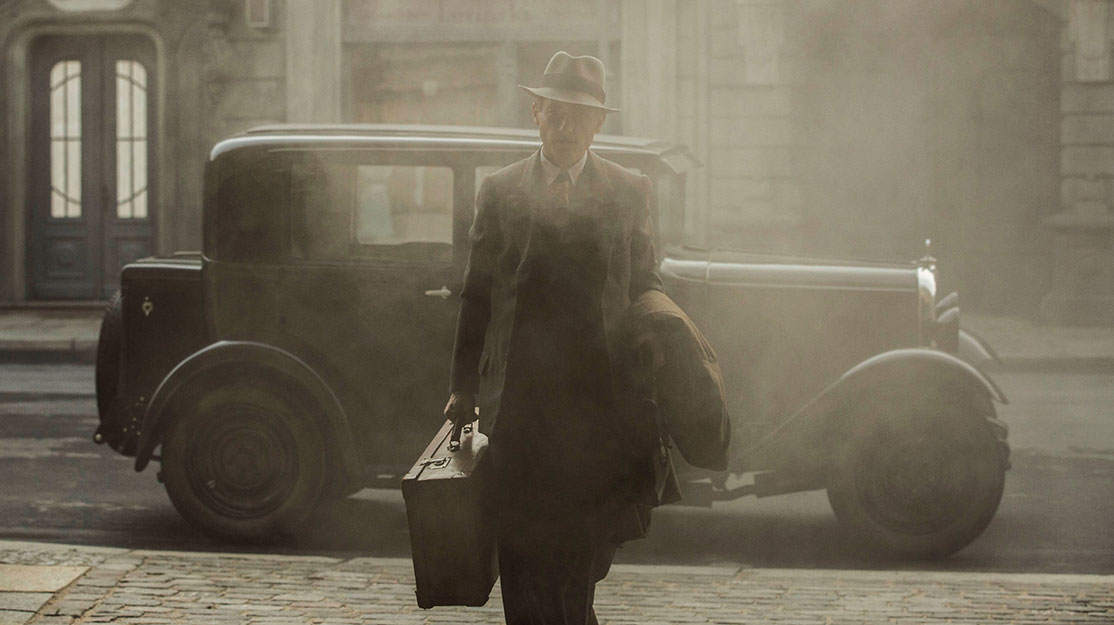 Seven more series will take part in this year’s coproduction pitching session at the Berlin Film Festival – but what became of the shows that previously pitched for coproduction partners?

In the increasingly expensive business of television drama, piecing together the financial plan to pay for these shows has become more important than ever.

Since 2015, the Berlin Film Festival has invited TV projects to pitch for coproduction and financing partners at the CoPro Series, part of the Berlinale Coproduction Market.

Ahead of this year’s event, which takes place this week, seven shows have been selected for the exclusive pitching session. They include Freud, from Bavaria Fernsehproduktion and Satel Film (Germany and Austria); Cognition, from Catalyst Global Media and A Better Tomorrow Films (UK and US); Omerta, from Caviar (Belgium); and Metro, from Kelija (France).

The line-up is completed by State of Happiness, from Maipo Film (Norway); Hausen, from Tanuki Films (Bulgaria); and Warrior, which comes from Miso Film (Denmark).

But what has become of the shows that have been pitched in previous years? Here, DQ looks back at some of the series that have taken part to find out what happened next.

Valkyrien (pitched in 2015)
This Norwegian drama, produced by Tordenfilm, debuted in January on NRK, with 1.2 million viewers watching the first two episodes. It was also picked up by networks in Sweden, Denmark and Finland, and will launch in the UK on Channel 4’s international drama-focused digital platform Walter Presents.
Written and directed by Erik Richter Strand, Valkyrien tells the story of a physician who fakes his terminally ill wife’s death but keeps her secretly alive in an induced coma while he desperately tries to find a cure for her illness. To finance his endeavours, he is forced to make alliances with the criminal world and treat a variety of patients who need to stay off the grid.

Babylon Berlin (2015)
This groundbreaking new German series (pictured top) brings together pay TV giant Sky Deutschland and public broadcaster ARD, as well as coproducers X Filme Creative Pool and Beta Film.
Based on the series of novels by Volker Kutscher, it tells the story of police inspector Gereon Rath (played by Volker Bruch) as he tackles crime in 1920s Berlin – the most exciting city in the world, set between drugs and politics, murder and art, emancipation and extremism.
Currently in post-production, it is due to debut on Sky on October 13 and then on ARD later in 2018. International broadcasters to have acquired the series include Sky UK, Sky Italia, Spain’s Movistar+ and Belgium’s Telenet, as well as SVT Sweden, NRK Norway, DR Denmark, YLE Finland and RUV Iceland.

Tabula Rasa (2015)
Produced by Belgium’s Caviar, Tabula Rasa is currently in post-production and is scheduled to debut this October on VRT. It is distributed internationally by ZDF Enterprises.
Starring Veerle Baetens, the show centres on Mie, a young woman locked up in a secure psychiatric hospital. She is visited by detective inspector Wolkers, who is trying to solve a disturbing missing-persons case when it transpires Mie was the last person to be seen with Thomas Spectre before he vanished.
It appears to be a cut-and-dried case for the experienced DI Wolkers – except his only witness is a woman suffering from acute memory loss. In order to solve the puzzle and find Thomas, Mie has to reconstruct her lost memories and find her way back through the dark labyrinth of her past.
Tabula Rasa is written by Malin-Sarah Gozin (Clan) alongside Christophe Dirickx and Baetens.

Das Verschwinden (The Vanishing, 2016)
Written by Bernd Lange and Hans-Christian Schmid, this show unfolds in Forstenau, a small town close to the Czech border. When 20-year-old Janine Grabowski (Elisa Schlott) disappears, no one suspects foul play except her mother, Michelle (Julia Jentsch), who is forced to begin the search on her own. But the more she learns about her daughter and her surroundings, the more she wonders how much her own behaviour in the past has helped to create a network of lies and secrets, in which Janine is not the only victim.
Currently in post-production after shooting finished in December, The Vanishing is produced by Germany’s 23/5 Filmproduktion. Since it was pitched at Berlinale, regional German broadcasters ARD Degeto, BR, NDR and SWR have come on board, with the series due to air on national public broadcaster Das Erste later this year. Coproducer Mia Film from the Czech Republic is also attached.

Avrupa (2016)
This drama centres on a flamboyant Turkish family that immigrates to the Netherlands in the 1980s. It follows Osman and Cansu Çelik and their four adolescent children, who each have to find their own way to adulthood, pulled between a seemingly more communal life in spacious and sunny Turkey and an individual, modern existence in the Netherlands.
Written by Sacha Polak and Stienette Bosklopper, it is produced by Circe Films. NTR in the Netherlands and BNN-VARA will broadcast the show.

The Illegal (2016)
From Conquering Lion Pictures and Canadian broadcaster CBC, The Illegal is based on a book by Lawrence Hill and reunites the team behind The Book of Negroes, which was also based on a novel by Hill.
Described as a dystopian story by writer and director Clement Virgo, the novel tells the story of Keita Ali, a refugee compelled to leave his homeland and flee to a nearby wealthy nation – a country engaged in a crackdown on illegal immigrants.
There, Keita becomes a part of the new underground. He learns what it means to live as an illegal: surfacing to earn cash prizes by running local races and assessing whether the people he meets will be kind or turn him in. As the authorities seek to arrest Keita, he strives to elude capture and ransom his sister, who has been kidnapped.
It is currently in its second phase of script development, with shooting scheduled for January 2018.