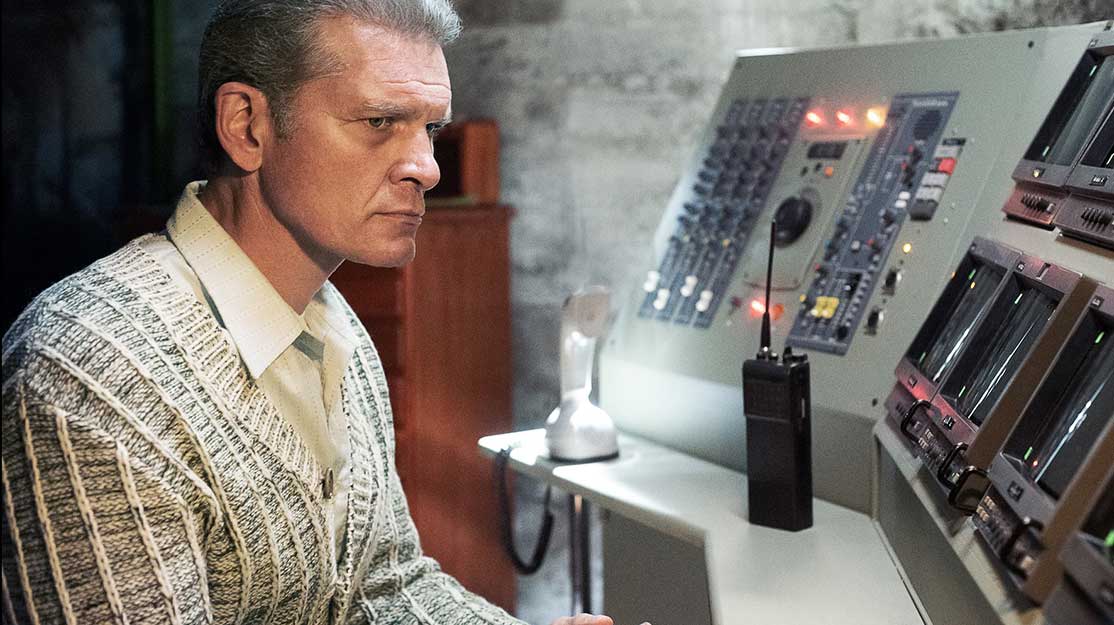 While dramatising real events can come with any number of creative hurdles, the team behind political thriller Dignity certainly faced some unique challenges in pulling together this German-Chilean drama.

Inspired by the true story of a German sect in Chile, the eight-part series focuses on Germanic cult Colonia Dignidad, which was established by former Nazi soldier Paul Schäfer and forged a four-decade history of torture, child abuse and murder within the walls of its vast compound.

Filming is currently underway in Germany and Chile, with the show launching on Joyn in December this year and on Mega in 2020.

Here, head writer and executive producer Gutzeit, who is also MD and chief creative officer of Story House, and Alex Fraser, exec VP of acquisitions and content investment at distributor Red Arrow Studios International, discuss their approach to dramatising this devastating real-life story for television and the challenges of pulling together a German-Chilean coproduction.

What are the origins of the project?
Andreas Gutzeit: The original idea comes from our Chilean coproducing partners. The horrors that were committed inside this notorious German sect are still an unresolved chapter both in Chile and in Germany. This is not the first time this terrible story has been treated dramatically; there is a movie that attempted to shed light on it and, of course, there are numerous documentaries. However, Dignity is a series and the first German-Chilean coproduction that looks at Colonia Dignidad from both sides. This makes it very authentic and something of which we are very proud.

How did you begin to dramatise this real life story?
Gutzeit: The real story is so outrageous that we never considered making it more dramatic. Everything that happens in Dignity is based, to some extent, on true stories as they have unfolded over the 40 years of the enclave’s awful history; the abuse of children, both German and Chilean, the reign of terror that Paul Schäfer, in the name of some wicked interpretation of Christianity, subjected the settlers to alongside the torture of political dissidents of the Pinochet regime – all this happened and more.
From the beginning, we were interested in the effects this abhorrent system had on the families who came into contact with it. What we ended up with is the redemptive story of a family that was ripped apart and has to heal and forgive themselves in order to overcome evil.

What creative decisions were made to change the story for television?
Gutzeit: We used reality to inspire the drama and the most important decision was the creation of our main character, Leo Ramirez, played by Marcel Rodriguez. Leo is a young federal prosecutor who is tasked with bringing Paul Schäfer to justice. We gave Leo his own secret history with Colonia – 20 years ago, his younger brother Pedro died there under mysterious circumstances, and Leo was shipped off to Germany as compensation for his mother for having lost one son.
He became a lawyer and then returned to Chile after his mother died. That’s when he reluctantly takes on the mission to arrest Schäfer but, of course, he has to face his own demons in order to achieve this. With this decision, we painted ourselves in quite a corner, because we had to find an actor who was a great performer and, at the same time, fluent in both languages. It took us some time, but Marcel, who is German-Paraguayan, fits the bill perfectly.
Alex Fraser: What was initially striking about Dignity is that it’s based on a real story and explores the history of this mysterious cult but is underpinned by an emotional narrative of two fictional brothers being torn apart by the leader of Colonia Dignidad. The work of the detectives to uncover the truth, combined with one brother’s mission to capture the man who inflicted irreparable harm on his family, is also particularly compelling.

How was the series developed with Joyn and Mega?
Gutzeit: This was an entirely producer-driven project and the partners only came on board after we had all the scripts written. Joyn and Mega gave general notes but let us creatives drive the process. We are very grateful for the trust they placed in us.

How has Red Arrow Studios International been involved in the creative side?
Fraser: We looked at the scripts at an early stage and have been closely involved in reviewing the series during the editing process. With the outstanding creative power behind the series, we left the casting decisions in their hands and are thrilled with the talent they lined up.

How would you describe the writing process?
Gutzeit: The project came to us in Germany with a pilot script from Paula del Fiero and Enrique Videla. We almost wanted to decline it because this first draft was very much focused on the Chilean side of the story. However, our coproducers understood that including German elements of the story, such as the thinly veiled support of Colonia Dignidad by certain quarters of the German political establishment, would make it a much more interesting story.
I went to Chile and we discussed the overall arc of the series and even rudimentarily plotted out a number of the episodes. I then wrote a new pilot script based on our work in Santiago. My very talented writing partner, Swantje Oppermann, then joined the effort and, together with Paula and Enrique, we wrote episodes two to four. Swantje and I finished the second half of the series and we wanted to make sure we got it right, so we hired one of Germany’s best script doctoring teams, Robert Krause and Florian Puchert, who gave all eight episodes the fastest once-over I have ever seen – two days per episode – and then we finally had what we think are some very powerful scripts.

How did you decide to approach some of the more sensitive topics in the story?
Gutzeit: We were painfully aware that the sexual abuse of children is an especially tough subject matter to approach. We made sure to convey the horror without showing it. However, the old adage of letting the viewer fill in the blanks needed to constantly be checked, because the images you create in viewers’ minds can be just as overwhelming as what you show on camera.

What is the visual style of the series?
Gutzeit: Our director, Julio Jorquera, found a very special look for Dignity. The combination of the powerful imagery of Southern Chile, with the snow-covered Andes in almost every exterior shot, and the claustrophobic, almost stifling interiors of a Germanic sect are a unique juxtaposition.

Where was the series filmed and how were real locations used?
Gutzeit: Our Chilean partners managed to convince the Germans who still live in Villa Baviera, as Colonia Dignidad is called today, to allow us to shoot in the enclave. We filmed in Schäfer’s actual residence, the so-called ‘Freihaus’ where many of the crimes took place, the watchtower that still exists, and the school and the private quarters where many of the colonists lived.
It was a unique situation, especially for the actors, who were thankful and, at the same time, intimidated. All of them came to me after the shoot and said that there was no better preparation for their work than meeting the people of Villa Baviera and really immersing themselves in this terrifying world that Paul Schäfer created.

What were the biggest challenges bringing together a German-Chilean story for TV?
Gutzeit: Working across different cultures, both in storytelling and in physical production, brings its own sets of challenges. Each side does it slightly differently and that can really make things difficult, even though creatively everybody agrees. In the end, we all thought telling this story was worth every challenge.

What was your experience like on set?
Gutzeit: Its a very strange feeling when you stand in the middle of rural Chile and think we could also have recorded this image in the German Alps. Chile is an absolutely spectacular location and watching the German actors, who had quite tough roles to fill out, was amazing – they bravely dove into this terrible part of history.
Shooting inside the enclave was a bit strange, as everything still looks just like it did when the events we dramatise occurred. Meeting the German settlers who still live there and don’t hesitate to tell you their personal stories was also a very intense experience.

How is this story still affecting people today?
Gutzeit: Colonia Dignidad still has an unresolved legacy in both countries. Victims are still struggling to be heard and very few have been compensated for what has been done to them. Some of the German settlers still live there but, of course, their history still haunts them. Some settlers have returned to Germany and live in poverty.

What impact do you hope the series will have with viewers?
Gutzeit: We have created a powerful thriller which is engaging and deeply emotional, fast-moving and entertaining – ingredients that should not be missing from great TV today. At its centre are archaic themes of family, brotherhood, sin and redemption. Our viewers will enter a strange place that will pull them deeper and deeper into its secrets and, without knowing it, our audience will look at a real story that you could not make up.

Why might this story appeal to international audiences?
Fraser: While the history of Colonia Dignidad is well known in Germany and Chile, the global awareness of the cult and its links with both Nazism and the dictatorship of General Pinochet is very limited, so this series will give international audiences the chance to learn more about this haunting part of history for the first time. Colonia Dignidad is also still a highly relevant subject because, while the cult was first established in the 1970s, it affected people who are still alive and living with the consequences today, fighting for justice and recognition in 2019.

Why are true stories currently proving to be such popular material for television shows with creators and audiences?
Fraser: It’s easy for audiences to connect with subjects and storylines knowing they are grounded in real events and history. You can always dismiss fantasy storylines and detach yourself from them, but when you know what you are watching is based on real events, it becomes all the more real and captivating.