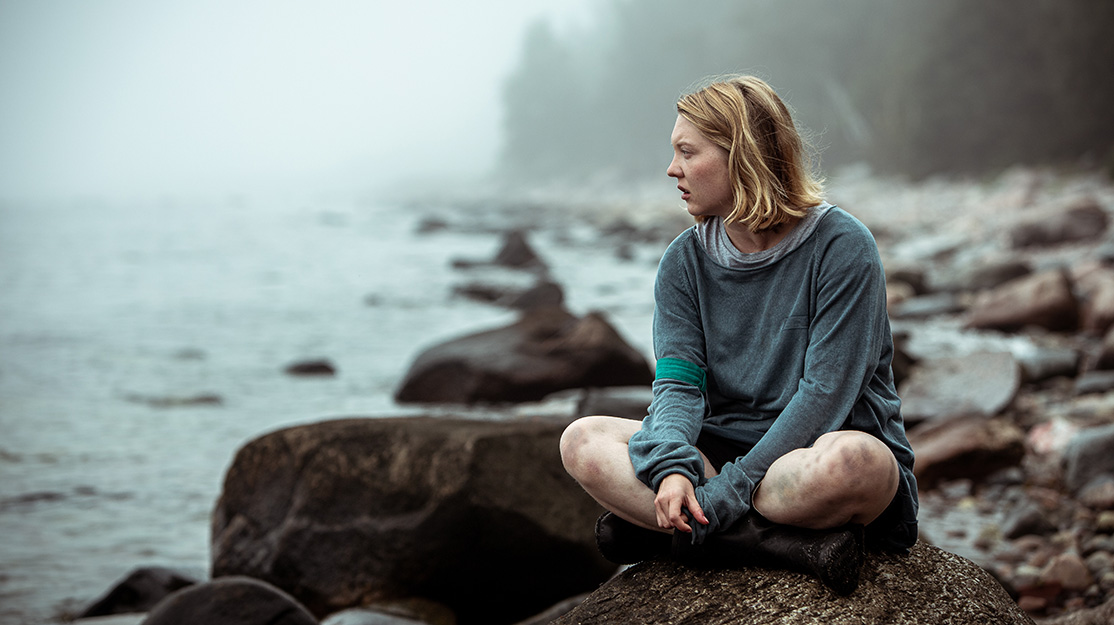 “Mania. Schizophrenia. Insania epileptica menstrualis.” As I leafed through patient journals written in ink on brittle sheets of paper at the Finnish National Archives, I wondered who the women behind these diagnoses were.

These women, their whole lives condensed into symptoms, disorders and deviations, were all patients on the island of Seili, a small isolated piece of land in the Turku archipelago, off the western coast of Finland. Previously a 17th century leper hospital, Seili housed a mental institution for women between 1889 and 1962. The patients were famously told to bring enough wood for their own coffins – once sent to Seili, they would never leave the island again.

As a screenwriter with a background in journalism, I’ve always been drawn to real-life stories for inspiration, and the women of Seili had intrigued me for years. Why were they sent to this far-off island and what happened to them? As I dug into my research I found out some of these women were indeed mentally ill and were in desperate need of treatment. But some were vagrants, prostitutes or unmarried women who had fallen pregnant; women who were deemed problematic or troublesome by their families or by early 20th century society. This was a story that had to be told.

If I faced the window and spread my arms wide, I could almost touch the opposite walls of the room with my fingertips. Before my visit to the archive in 2014 I managed to spend a few nights in the old hospital quarters, now closed off from visitors and serving as an institute for archipelago research.

During the day I walked through the chipped-paint corridors and found rusty iron-barred windows and old instruments and straitjackets still on display. During the night I read about the treatment methods of the early 20th century: intravenous mercury shots, hypothermia baths, insulin-induced comas and electro-shock therapy, sometimes combined with muscle-paralysing curare. As I climbed to an attic, I found a barren wooden bed, a blood-stained patient gown hanging off the ceiling and a single leather mitten that once prevented clawing and self-harm.

I had to put the story of Seili on the backburner as I was commissioned to write other drama scripts, such as Moscow Noir, and it took four years for it to emerge again after a simple phone call in 2018. I was invited into a meeting with Mikko Pöllä and Roope Lehtinen, the co-founders of production company Fire Monkey. They made me an offer I couldn’t refuse: would I like to develop a drama series based on their idea of an asylum island for women? Would I ever!

Their idea was bold and ingenious: a series set in the 1970s, depicting women who were deemed too difficult and sent to an island off the coast of Helsinki. The story would be fictional but inspired by the island of Seili, creating an alternate history. What if a hospital like Seili didn’t close its doors in the 1960s but carried on as a rehabilitation programme for ‘damaged’ women who refused to conform? Today those women would be valued as role models and trailblazers, artists, activists and influencers. But in 1973, they would have been locked up.

I rolled up my sleeves and got to work to develop the series concept and a pilot. I dove back into my research and dug up information about mental institutions and psychiatric methods in the 1960s and 70s. While the story would be fictional, we wanted the backdrop to be real. This was a time in Finland when the number of patients in psychiatric institutes was at its all-time high, and the height of psychoanalysis met the boom of over-medication; it’s estimated that 2% of Finns were popping Valium in the early 1970s. This was also the Cold War-era Finland – a society of student riots, the early feminist movement and the legalisation of homosexuality. How could we combine all this into a thrilling drama?

It’s all about the characters, and we started from our hero. We didn’t want to take the easy route and make our protagonist instantly likeable – no, she would have to be complex, problematic and still magnetic; an unreliable narrator whose own interpretation of events would not match the way others saw her. She became Onerva Poikelus, 23, a sociology student and activist, a fireball of a woman and a reflection of her era. Detained at a student riot, Onerva is sent to Eaglerock Island for rehabilitation through mind-altering methods.

I drew inspiration from MK-Ultra, the covert real-life CIA brainwashing programme that ran from 1963 to 1973 using hypnosis, LSD and sleep deprivation on its test subjects, amongst various other methods. The programme’s aim was to break down the human psyche and reprogram it. As a result, the test subjects suffered from hallucinations, delusions and became “shadows without a soul.” The programme was led by Dr Ewen Cameron, who deemed himself a warrior battling mental illness and strived for a Nobel prize. He is the inspiration behind our fictional Dr Lundsten, the head psychiatrist on Eaglerock Island.

Building the other patients around Onerva was a thrilling ride. They would all be women of different ages and characteristics, all given different diagnoses and backstories: the Poet, the Warrior, the Simpleton, the Confidante and the Professor. They would be our Bad Apples. It was also crucial that the good-versus-evil axis would not fall between patients and staff, but all of our characters would be complex and at the same time relatable: the doctor who believes he’s treating these women for the greater good; the strict head nurse who trades perks for cunnilingus; and the ferry captain who won’t help anyone escape since his last good deed ended in tragedy.

For me, one thing was always clear: Bad Apples (known in Finland as Mädät Omenat) would never be a story of victims. Our characters would never be brutalised, raped or tortured. These women would have messy, consensual and fun sex, they would find strength and joy from each other, and if they needed saving, they would do it themselves. Our cultural tapestry is filled with depictions of suffering women whose stories tend to end up as footnotes in someone else’s heroic tale. This would not be that – Bad Apples would put wild, fun and uncompromising women at the core of its fruit and fling the story as far and wild as it could fly.

Elisa Viihde, the Finnish commissioners behind the series, asked us to do just that: to be brave and bold with the story. Alan Sim, the drama commissioner, encouraged us to push the envelope, stating it’s better to go too far and pull back than not venture far enough. These words carried us through the writing process, with me leading the writers’ room (Ulla Heikkilä, Mikko Myllylahti and Tuomas Lento-Hukkinen are our brilliant episode writers) in continuous dialogue with co-creators Roope and Mikko, my partners in the Bad Apples orchard.

When the series went into production, I had to bid farewell to my dear Apples, as I was hired to another production company, Helsinki-filmi, as their head of TV drama development. I was thrilled when kick-ass directors Marja Pyykkö (The Paradise) and Pamela Tola (Ladies of Steel) were attached at the helm of Bad Apples, with a cast led by Satu Tuuli Karhu (Onerva), Armi Toivanen, Sonja Kuittinen and Santeri Kinnunen (Dr Lundsten). Lo and behold, now we are celebrating the world premiere, which took place on Sunday on Elisa Viihde Viaplay.

Welcome to the madhouse – enjoy the ride.