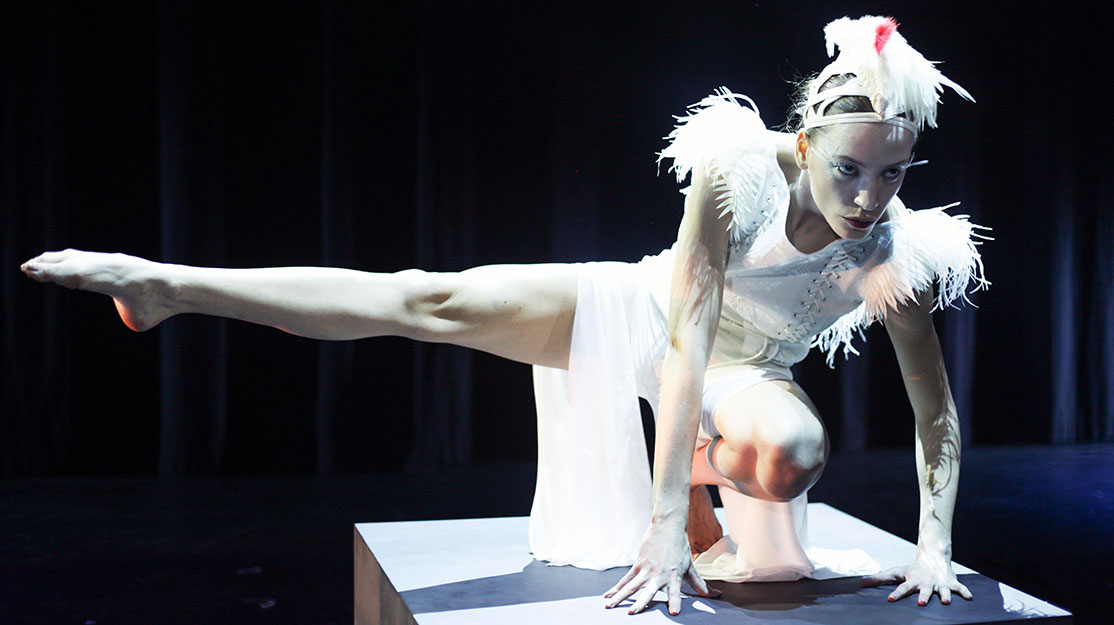 Produced by Ay Yapim and distributed by Eccho Rights, the 20-part show centres on psychiatrist Can Manay (played by Ozan Güven), a serial womaniser whose behaviour becomes increasingly erratic when he falls in love with Duru (Serenay Sarikaya).

As Manay gets closer to her, Duru begins to question her life with boyfriend Deniz (Mehmet Günsür) as a cast of characters find their lives changed forever by Manay’s crazed pursuit of love.

Since its launch on Puhu on March 31, Phi has recorded an aggregated seven million viewers for its first three episodes. The platform, which launched earlier this winter, reported a 400% increase in app downloads in the week since Phi’s launch, with more than twice as many unique users on the service compared with the week before.

How would you describe the story?
Yasaroglu: Phi is a psychological and philosophical story with a hint of the fantastic and a pinch of sexuality. It tells the story of Can Manay, a famous psychiatrist who thinks he will control everyone he meets, until he gets stuck on a girl and he messes up her world and the lives of everyone around him, as well as his own.
The story starts when Manay goes to his house away from the city’s chaos, where he takes his girlfriends to have fun. He sees a woman in white dancing in the garden near the house and starts watching her. Manay is struck by this young dancer called Duru, and an emotion that is beyond his control takes over him. Duru is leading a happy life with her musician boyfriend, Deniz. However, her relationship with Deniz changes as she meets Manay and she starts to question her feelings for Deniz. Manay’s passion overturns Duru and Deniz’s lives, in addition to his own.
Meanwhile, we witness the intersecting lives of Bilge, a student of psychology who has unfortunate familial traumas but can stand on her own two feet; her autistic, genius brother Doğru; Özge, the brave journalist who is the first one to discover one of Manay’s biggest secrets; Manay’s mentor, Eti; Deniz’s talented violin student, Ada; and sadistic, violent ballet dancer Göksel.

How was the show developed for the network?
There were eight months of adaptation [the series is based on the first in a trilogy of novels: Phi, Chi, Pi, by Azra Kohen] as we determined how the story would be transformed into a script. How will we use the story? Should we use all three of the books? Should we start at the beginning? What parts of the story do we have to fully emphasise? Those were the questions we had. The greatest problem was the genre of the book, which is mostly psychological. Great effort was spent on dramatising the characters’ rising conflicts without disturbing the story’s tone. The casting process was finalised when work on the script was being concluded. The world and tone of the show were discussed with the director for three months, and shooting started at the end of January 2017.

Did you do anything differently knowing it would air on an OTT service?
We needed to think outside the box, as we are outside the conventional rating rules. We were also freer due to the fact we knew each episode would be 60 minutes long and we knew the total number of episodes in the season. We had to create a show for the mass audience, which doesn’t have to pay for it. We worked freely when we were creating the script and the characters.

How would you describe the writing process?
Since Turkish dramas commonly feature 120- to 140-minute episodes and run for a long time, it took a lot of effort narrating the introduction, development and conclusion of a story and its many characters in our 20 60-minute episodes. We designed scenes similarly to how they are done in the movies, where many things can be told in one scene. In the first episode, everything revolves around Can Manay and we get to know the other characters through him. There are five different arcs in the story. We worked to combine them in a linear plot and to set emotional links between characters. Then we started to expand the story.

How was the visual style of the show created?
We wanted to preserve the book’s feeling. There are a few main themes in the story, primarily strong aesthetics, power and passion. We built a visual world based on glamour, power, romance, passion and aesthetics. The director had great ideas and the author’s contribution was also strong.

Who are the lead cast members and what do they bring to the series?
Serenay Sarıkaya, Ozan Güven, Mehmet Günsür, Berrak Tüzünataç, Büşra Develi, Tülay Günal, Osman Sonant… We had many advantages in terms of casting, these are very popular, star names in Turkey and they also believed in this project. This is why they wanted to be in it and they were excited by the idea. This is a revolution for the Turkish market. You are making an original series of 60 minutes, which tells of the stories of extraordinary characters in an extraordinary way. This excited them, to be pioneering, leading this ‘revolution.’ They perfectly fit the characters in the book. When the first photo (the red photo) hit the press, it had a real breathtaking impact.

Where was the series filmed and how do you use the locations on screen?
The series was filmed in Istanbul. We use real locations, with the network building set in a real network building and the schools filmed in real universities, for example. The main locations were Can Manay and Duru’s homes, which we redesigned for the story.

How would you describe the current state of Turkish drama?
I find the state of the industry to be quite good this year. There are improvements – new channels are opening up in Turkey, free to air, OTT, digital, pay TV – not launched yet but in progress – and similar moves outside conventional broadcasting. These will make great contributions in the future. The creators, producers and directors will create even better, more different styles of content, which may work to break our habits. We are a country with rich content. The infrastructure is great and is getting even better. There still is a very strong demand for Turkish drama around the world.

What is next for you and Ay Yapim?
We produced five new dramas this year and we are developing new titles for next year.
Phi got us excited and we enjoyed it. We will carry on working with OTT platforms to produce premium digital content. We will carry out joint productions around the world. We will continue producing series and we also have a couple of feature films in our plans.