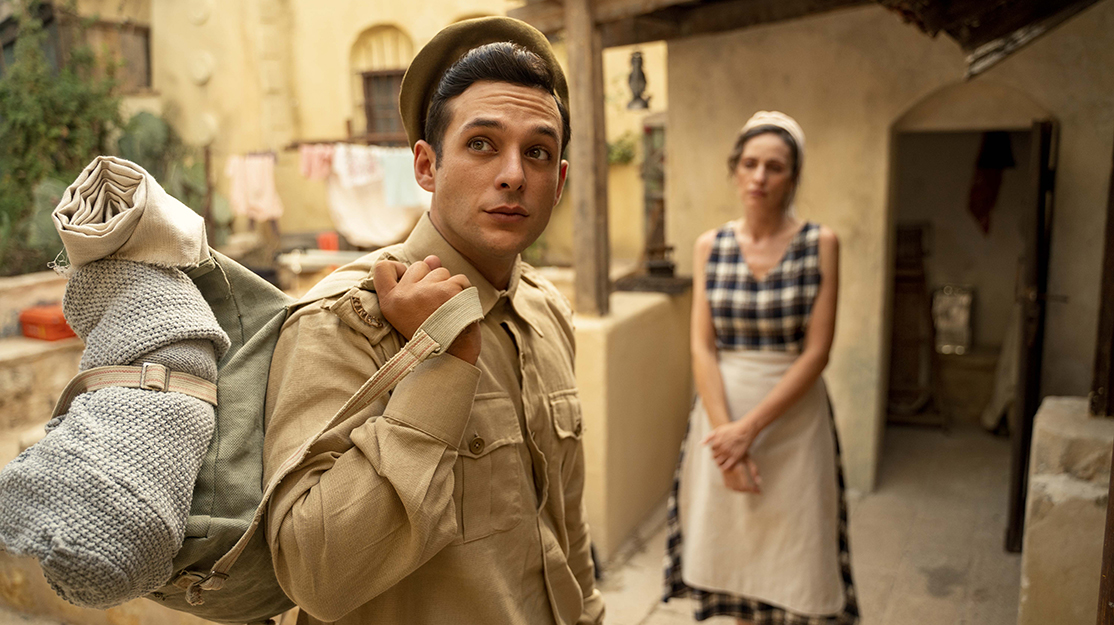 The Beauty Queen of Jerusalem is pitched as one of Israel’s most expensive and ambitious dramas ever, telling the story of a multi-generational family over the first half of the 20th century. DQ finds out how it was made.

For more than a decade, Israel has built an international reputation as a powerhouse for contemporary, often thrilling drama series such as Be Tipul (In Treatment), Fauda and Hatufim (Prisoners of War), which was adapted in the US as Homeland.

Now producer and distributor Yes Studios is set to break that mould with a new series said to be its most ambitious and expensive ever. The Beauty Queen of Jerusalem, based on Sarit Yishai-Levy’s bestselling novel of the same name, is a historical, multi-generational melodrama that opens in 1917 and is set over the first half of the 20th century, telling the story of the Armoza family set against the backdrop of the Ottoman Empire, the British Mandate and Israel’s War of Independence.

Danna Stern, MD of Yes Studios, says the series – which has completed filming on two seasons back-to-back ahead of its launch on Yes TV – marks a big departure for scripted drama in Israel as the country doesn’t have a history of costume drama, making this series one of the few period pieces ever produced in the country.

“There are no shows with entire storylines set in those time periods,” she tells DQ. “The first period piece just came out of Israel, [HBO series] Valley of Tears, and that’s set in 1973. That’s pretty recent. There’s never been a series done in this kind of time period at this expense at this number of episodes and this level of commitment. There just hasn’t been.”

“We had an extraordinary opportunity to make the series because the book is the biggest bestseller of the past 20 or 30 years,” continues producer Dafna Prenner, co-CEO of Artza Productions. “The author was in her mid-60s, had never published a book before and suddenly it became a major hit. So for us, [an adaptation] was a no brainer. It was immediately bought as an option for a film and we waited for two years for the option to finish and expire, and then we immediately optioned it.”

Writer Shlomo Mashiach (Your Honor) created the series with Ester Namdar Tamam before Prenner pitched it to Yes with just a five-page proposal in place, but it was enough for the studio to immediately sign on.

“We developed the show over a period of three months and then they went all in,” the producer says. “It’s a huge show in Israel. It’s impossible to describe how big a show it is. Never before in Israel have we seen the amount of attention to detail, whether it’s the hair, the make-up, the costumes, the art, the props – everything is highly researched. Everybody who joined this production, all the heads of the departments fell in love with the story, fell in love with the script, and everybody went all in. Everybody went crazy for it.”

Such is the authenticity of the series that most of the costumes are originals from the 1920s and 30s and were shipped into Israel for the show, which plays out in five languages: Hebrew, Arabic, English, Turkish and Ladino, a mixture of Hebrew and Spanish.

Prenner grew up watching costume dramas like UK series Upstairs, Downstairs and, more recently, tuned into Downton Abbey. “I always loved period dramas. The Pride & Prejudice that was done in the mid-90s is the best show ever – and I’ve always wanted to do a show like that,” she says. “When you are super-enthusiastic, everybody joins in and the writer, the director and Danna were involved very early on. Sometimes you just have the right project. Everybody’s committed to the show so there’s a very strong sense of family. We feel like we live in the 20s and 30s. We just get carried away and forget what the outside world is like.”

On this occasion, however, the outside world did make its presence known, as plans to stretch the show’s budget by shooting in Ukraine were abandoned as a result of the Covid-19 pandemic. But by rescheduling the shoot to take place in Israel, the production team was then able to take advantage of locations in Jerusalem, Safed, Acre and other cities that otherwise wouldn’t have been available to them.

“Money’s always an issue and those locations would have charged an impossible amount of money,” Prenner admits. “But right now, a lot of places are closed. For example, there’s a very famous hotel in Jerusalem called The American Colony Hotel that would never let us use their bar or their courtyard because they would have guests. Now it’s a major location for us. We also shot a huge dance party in a museum because it was closed.

“Of course, I’m not happy at all about Covid at all, but it created special conditions for us, which is a different perspective to the challenges of working this time. I’m really happy we had a chance in this difficult time to supply jobs to so many people here in Israel. The show will look much more authentic than if we would have shot it overseas. Israel is special, it’s a special place. It doesn’t really look like other places.”

“It’s a multigenerational family saga, essentially about three generations that are all tied together by bad luck,” Stern reveals of the story. “They all manage to fail miserably and end up with the wrong spouses, both the women and the men. But people are still very passionate and people still have other loves and other interests. It’s a melodramatic canvas of these three generations that all happen to suffer from the same thing. But the tapestry of it is just beautiful.”

With Yes Studios distributing the series overseas, Stern admits she is curious to see the international reaction to The Beauty Queen of Jerusalem, with Israel not known for its period dramas.

“There are other countries that have a long history of doing melodramatic series – Spain, Argentina, Brazil, Turkey, those countries do this kind of storytelling really well, not to mention British costume drama,” she notes. “It’ll be interesting to see. But it’s just a great story. It’s such a departure. But for Israel, it’s almost like a no-brainer [because of the popularity of the novel]. I don’t know anybody who doesn’t want to watch it. We have the books lying around in our office because everybody’s read them.”

But with a third season already being written ahead of the show’s launch this summer, confidence is certainly high that the series will score with local audiences and viewers overseas too.

“Israel can be a source not just of great thrillers but also different kinds of genres,” Prenner says. On the back of Bridgerton’s success since its launch last month, Stern adds: “We’re excited to see period pieces are booming and are hopeful this will bode well for The Beauty Queen of Jerusalem.”