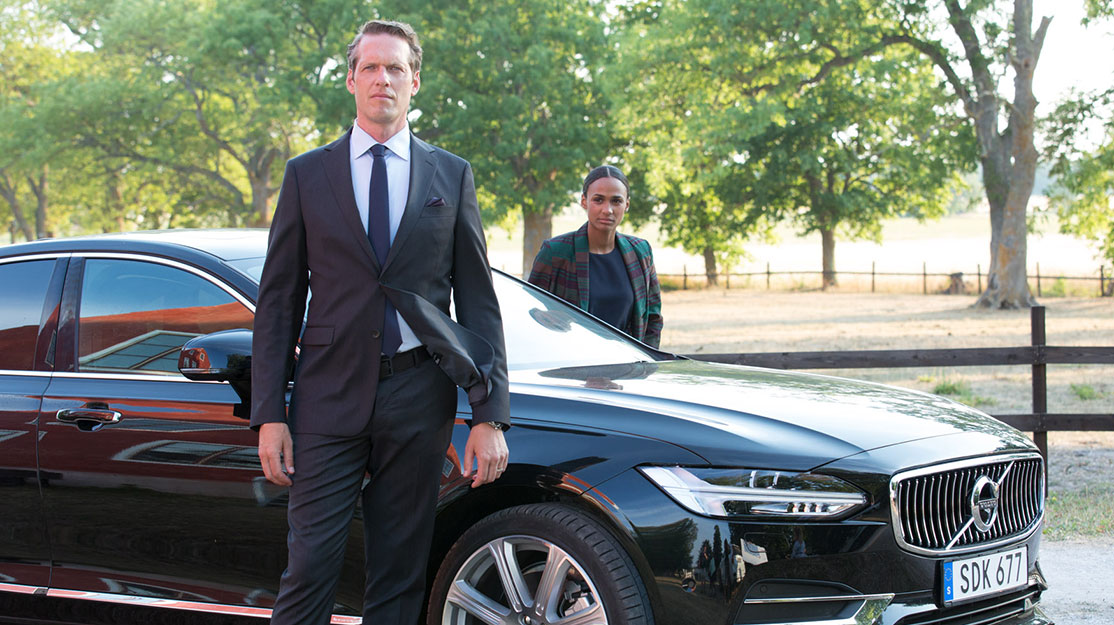 Swedish drama Den Inre Cirkeln (The Inner Circle) mixes political intrigue with personal dilemma as an ambitious minister plots his rise to the top. Writer and director Håkan Lindhé tells DQ about creating the series, which leaves the corridors of power for an altogether more hedonistic setting.

While Nordic noir is mostly associated with dark crime dramas like Forbrydelsen (The Killing) and Bron/Broen (The Bridge), Denmark’s Borgen managed to conjure must-watch drama from the improbable source of coalition politics, winning an International Bafta in 2014.

Now, at a time when real-life politics are often stranger than the fictional shows set in the same world, a Swedish drama depicts the challenges facing an ambitious minister as he attempts to balance his family life with the demands of his day job.

Described as an intense, character-driven drama, Den Inre Cirkeln (The Inner Circle) is a thriller that plays out over the course of several days as enterprise minister David Ehrling (Niklas Engdahl) bids to become the next prime minister, all while his press officer Lena Nilsdotter (Nanna Blondell) attempts to keep his past misdemeanours away from prying journalists (Ebba Hultkvist and Melinda Kinnaman). Meanwhile, David must also juggle the demands of his job with his family life, which is under threat of falling apart.

“I think that’s the closest reference I can think of,” writer-director Håkan Lindhé says of the comparison to Adam Price’s Borgen. “In the second half, we go into the family drama a bit more. But for me, the main conflict is not so much about David versus the political world but the conflict within himself. Will he choose his career or his family? A lot of people can relate to that – I can, at least. It’s always a struggle. Do you pick up the kids from school or go to a meeting?”

That inner struggle is visible from the outset, with David clearly reluctant to leave his family when the prime minister suddenly summons him for a press conference at which she will announce her resignation. “Eventually, the price will be extremely evident for him. It may be too high. He has to choose,” Lindhé says.

Lindhé was first approached about the project in July 2017 and began writing in September that year. Commissioned by Nordic streaming platform Viaplay, the series is inspired by former Swedish political operative Per Schlingmann’s novel I Maktens Öga (In the Eye of Power), though Lindhé says that to call the series an adaptation would be disingenuous, owing to the number of changes that have been made.

“The book had some kind of political plot but it didn’t have what you need to make an interesting drama,” he explains. “The relationships between people were not very developed. The family almost didn’t exist, and the crazy brother [the disapproving Joel Ehrling, played by Olle Sarri] didn’t exist. So there were many elements I brought to the table as I wrote it because I had to widen the picture to make a bigger story out of it.”

In particular, Lindhé says the conflict between David’s political career and his family life didn’t exist at all in the book, while he also introduced an intriguing subplot involving Russians and the controversial sale of a harbour that could derail his leadership aspirations.

“I think Per was a bit shocked when he read the first episode and saw there was a brother, a different kind of a relationship with his wife and all that,” Lindhé notes. “But he was very open-minded and let me do it my way. I’m very happy about that.”

What was clear from the outset was that Lindhé wanted to present politicians in the series as “real human beings,” unlike the two-dimensional characters often portrayed on TV who are only interested in their image. That also opened up the opportunity for viewers to see both the good and bad in David – an ordinary person in an extreme situation.

David’s plight only worsens when an old friend reminds him of past loyalties on his way to the top, while his aide discovers him in bed with another woman. “We also decided early on that it doesn’t have to be true as a whole but everything separate could happen,” the writer says, referring to the scandals that occur during the series. “All these things could happen but it’s not really based on any real events. It’s possible it could happen and we’re trying to be as authentic as we can.”

Watching the first two episodes, what is notable is the fact that they both end on a nail-biting cliffhanger, with characters left at death’s door as the credits roll. It’s a feeling of suspense that Lindhé says will run throughout the drama, echoing the tension he carried with him during the writing process as he started to outline the episodes without a clear ending in sight.

Working with fellow writers Anna Platt and Maja Winkler, who each wrote episodes alongside Lindhé, they penned the first four episodes together before Lindhé began work on the final four. It was only then, he says, that he began to grasp the feeling of where the series would go. Episodes also begin with flashbacks or, in the case of episode one, a flash forward, to give context to a theme or relationship that features in that instalment.

“I had no idea how it would end,” he admits. “I think it’s really important, to me anyway, that I don’t know the ending myself. Then it’s boring to write. I want to explore it. I had this political plot but I wanted to see where the story would take me.”

But the ending he did come to was “the only ending,” he asserts. “It felt extremely natural because one thing led to another. I always try to think what is the natural choice in that situation because if you’re living under these conditions, what would anyone do? That’s how I tried to develop stories always. I hope it also adds to the authentic feeling of it. I hope they are choices anyone would make in that situation.”

As well as writing the majority of the series, Lindhé also directed the first two episodes and the concluding trio. He says he tries not to think about directing while he is writing, in order to ensure he doesn’t limit himself by considering what may or may not be achievable in production. But once the cameras are rolling, he says it’s much easier to direct a series having written it himself, as he already knows the answers to many of the questions a non-writing director might have.

In terms of filming The Inner Circle, Lindhé says he was looking a sense of authenticity and a tone that didn’t copy the cinematic language seen in other political series like Netflix’s House of Cards. “We didn’t have any dolly shots in corridors. We tried to be as close as we could to the characters, so we’re hand-held all the way through,” he reveals. “We didn’t want to put the camera in a position where that person would never be. The general idea was we wanted to be close to the characters and the camera should try to see what is inside the characters’ heads. That was the ambition.”

The series is set against the backdrop of Almedalen, an annual event held in a large park in Visby, on the island of Gotburg off Sweden’s east coast, where huge numbers of Swedish politicans, business leaders and influencers gather for meetings and, in the evenings, to let their hair down. The often-hedonistic festival atmosphere could not have been recreated, so the production spent five long days and nights shooting exterior scenes at Almedalen in July 2018. After that, the rest of the shoot was “a walk in the park,” Lindhé says, with a mansion in northern Gotland doubling for the Ehrling family’s summer home. A week of filming also took place in Berlin.

“We wanted to get out of the corridors and offices, and Almedalen was a great arena to do this,” he notes. “It was really refreshing.”

It’s that setting and the tone of the show that the leads Lindhé to believe The Inner Circle, which is produced by Fundament Film’s Håkan Hammarén, is quite different from anything else on Swedish television. “I don’t think I’ve ever been so happy during a production as this time,” he says. “Hakan is one of the best producers I’ve ever met because he has that unique view of how to deal with creators. He knows the only way to make a show really good is you find someone who has a vision and you let that person fly. I hope we are doing something really fantastic, but he gave me the feeling I could fly so I’m very happy about that.”

The series, distributed internationally by DRG, is due to launch on Viaplay across Scandinavia on March 22. In the meantime, it has already been nominated for the Nordisk Film & TV Fond prize, which recognises outstanding writing of a Nordic drama series. The winner will be announced at Göteborg Film Festival’s TV Drama Vision in the next two days.

“I hope people will start to see politicians as human beings – in a good way and a bad way,” Lindhé says of the impact of the show on viewers. “They are humans when they make their decisions and we should not always believe what we see, because there is a different world behind the headlines.”