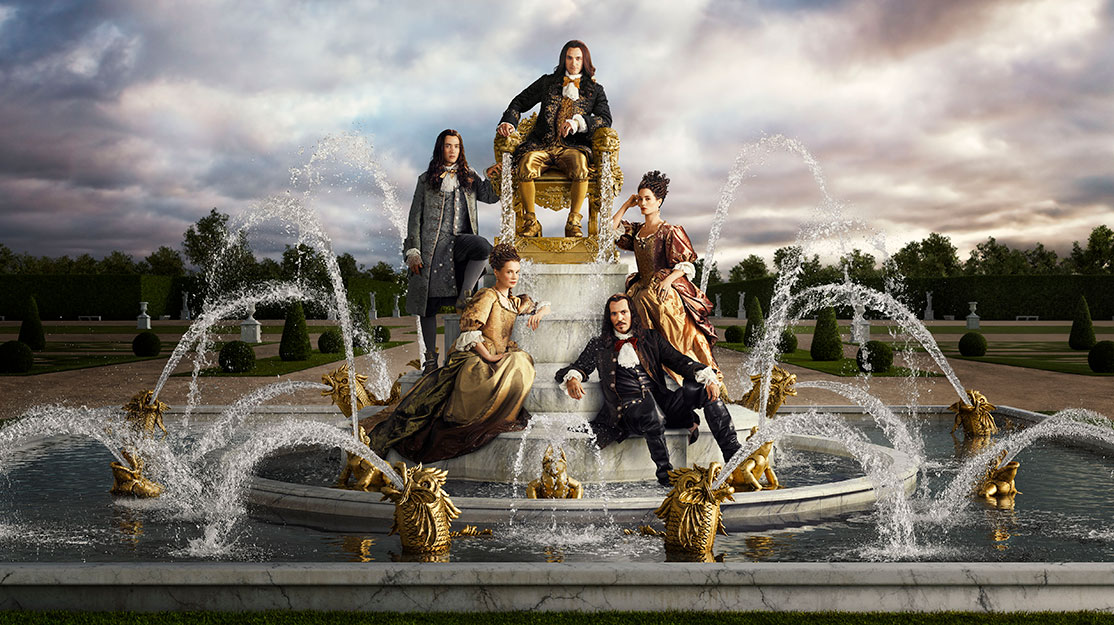 For three seasons, French historical drama Versailles captivated viewers around the world with its daring mix of passion, power and betrayal, all set within the court of King Louis XIV.

The English-language series introduced the 28-year-old king of France, who commissioned the most beautiful palace in Europe, which came to serve as the king’s gilded prison — keeping his friends close and his enemies closer. As the Canal+  series progressed — the 10-part third and final season begins tonight in the UK on BBC2 — it exposed the dark underbelly of power as the monarch struggled to retain control of his palace and his people.

The concept of Versailles, created by David Wolstencroft and Simon Mirren, took more than four years to develop, executive producer Claude Chelli recalls, as coproducers Capa Drama, Zodiak Fiction and Incendo sought to bring together a broadcaster and coproducers to assemble the financing.

“It was a big project with a big budget,” he says. “The first season is always difficult to find your mark; you don’t know what’s necessary or what’s superfluous. But after that, the second season was very nice and the third season felt like home.”

That success was reaped not only in France but around the world, as the series drew viewers in the UK, US (Ovation and Netflix), Scandinavia (C More) and elsewhere following deals with distributor Banijay Rights.

“It’s very surprising because France is a small country as far as drama is concerned, so we never expect things to go that wide. It was an incredible surprise,” Chelli admits. “Of course, we put a lot of money, effort and time into gathering talent but the reception from everywhere else is amazing.

“We know on a show like that, we’re not only working for France. It’s a €30m [US$30m] show so we need Europe at least; we need the world. But we’re very impressed by the reception in America and the work and effort that Ovation put in to support a show like this. We’re very proud of the show.”

Though ultimately necessary to bring the various financial pieces together, Versailles didn’t start out as an English-language series. Indeed, it was originally in French, but the switch was done to bring in the money to build the budget the show demanded.

“So we switched from French to English very early on in order to get that money,” Chelli says. “We also knew we were going to be criticised in France, but that doesn’t really matter because the show is more powerful. Everyone understood why we needed to do it in English.

Money was also required to build and dress the sets. “Ultimately nothing of the 17th century is left in France because if you go to Versailles, nothing is 17th century. Marie Antoinette came after Louis XV and hated the decor and the furniture and curtains, so she destroyed everything and changed it. So we knew we had to recreate the 17th century. That’s when we decided to build the sets because they’re very specific. And we had to create all the costumes. That was the biggest challenge.”

But why make a series about Louis XIV, played by George Blagden, at all? For those not au fait with French history, Chelli describes the monarch as a major influence across every artistic department.

“He invented dance, he invented music, he invented cooking, basically,” he notes. “He invented architecture, the French garden. He made war with almost everyone and built castles. But also, what’s interesting about Louis XIV is that the origins of the French Revolution are there behind his actions. He spent so much money on war and building castles that the people of Paris and France were starving. It took some time for the people to revolt but the germs of the French revolution are in the third season. That’s what’s interesting about Louis XIV – it’s both the beginning of a new world and the end of the ancient world.”

When it came to creating the elegant gowns, outfits and dresses worn by the cast, costume designer Madeline Fontaine says that it was imperative she knew as much about the period as possible.

“Then, of course, after that, each character and the place they have in society is very important for the colours of every outfit,” she explains. “You also have to know how far we are from reality and be able to create the atmosphere of the period — to take the audience to the period and not to take them away. That’s the challenge anyway.”

Fontaine’s research covers the period’s history, its paintings and key pieces of writing, which she compiles to inform her own impressions of the time the series recreates. “My job is the interpretation of this information,” she continues, “and then you give the public your interpretation of your feeling of the period. It’s very interesting. I like this moment and once you go into the information, you can find what you need to make it.”

The key to Fontaine’s role, however, was not how many different outfits she could design for the characters — which were key to viewers’ understanding of their role in the series — but how they could evolve by changing smaller pieces rather than the entire costume.

“The public has to follow the characters, so if they change [their costumes] too much, that becomes more difficult,” she says. “So we can change different pieces of the outfit. For the extras we had 200 outfits, with three or four pieces for each one. Then you have to find the fabric for each of them, so it was a very big undertaking.”

Having worked across both television and film, with credits including Amélie and Jackie, Fontaine describes the process as the same, though the rhythm is decidedly different.

“On movies, you have the script from the very beginning and most of the time it doesn’t change so much and you have a schedule so you can prioritise what you need and save some things for later,” the designer reveals.

Fontaine won a Bafta in 2017 for her work on Jackie, a film about Jacqueline Kennedy (played by Natalie Portman) in the aftermath of her husband John F Kennedy’s assassination in 1963.

“It was a real surprise and recognition of my work from British costume designers meant a lot to me,” she adds. “The challenge with any period project is to make it true, so the challenge is the same. You just have to do it the best you can all the time. That’s how we work.”

Capa Drama will follow Versailles with Netflix’s second original French drama, Osmosis, which follows in the footsteps of Marseille and is due to launch later this year. The eight-episode series is set in a near-future Paris in which a dating app called Osmosis can find anybody’s true love.

With so much contemporary drama on French television, creating new landscapes — rooted in the past or thrown into the future — is one way to give creators free rein to tell their stories. “For artistic reasons, you have to invent a whole new world,” Chelli adds. “Osmosis is sci-fi but it’s the same thing as Versailles — you have to invent a new world. As a producer, it’s the really exciting side of things.”