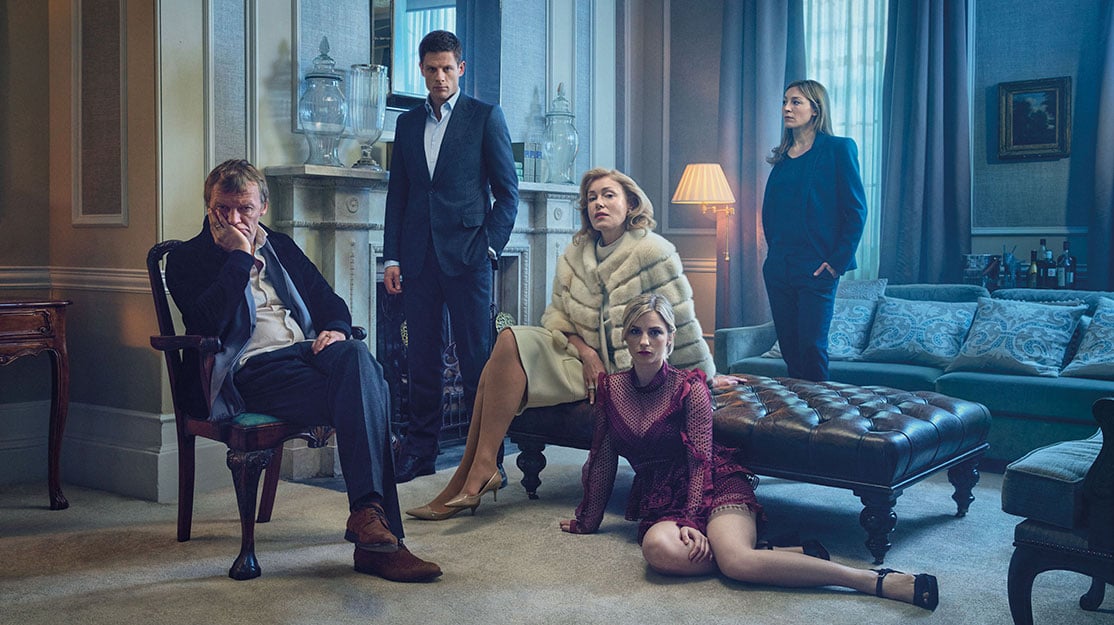 The great and good of the television industry are once again packing their bags for another week in the south of France. DQ previews some of the drama series set to break out at Mipcom 2017.

Mipcom is often viewed as an opportunity for US studios to showcase their scripted series to international buyers. But this year the US will be jostling for attention with dramas from the likes of Spain, Russia, Brazil, Japan, Scandinavia and the UK.

The Spanish contingent is especially strong thanks to a major investment in drama by Telefonica’s Movistar+. Titles on show will be Gigantes, distributed by APC; La Peste, distributed by Sky Vision; and La Zona and Velvet Collection, both from Beta Film. The latter is a spin-off from Antena 3’s popular Velvet, previously sold around the world by Beta.

Beta is also in Cannes with Morocco – Love in Times of War, as well as Farinia – Snow on the Atlantic, both produced by Bambu for Antena 3. The former is set in war-torn Spanish Morocco in the 1920s, where a group of nurses look after troops, while Farinia centres on a fisherman who becomes a wealthy smuggler by providing South American cartels a gateway to Europe.

Mipcom’s huge Russian contingent is linked, in part, to the fact 2018 is the 100th anniversary of the Russian Revolution. Titles that tackle this subject include Demon of Revolution, Road to Calvary and Trotsky – the latter two of which will be screened at the market. Trotsky, produced by Sreda Production for Channel One Russia, is an eight-part series that tells the story of the flamboyant and controversial Leon Trotsky, an architect of the Russian Revolution and Red Army who was assassinated in exile.

Other high-profile Russian projects include TV3’s Gogol, a series of film-length dramas that reimagine the famous mystery writer as an amateur detective. Already a Russian box-office hit, the films will be screened to TV buyers at Mipcom.

Japanese drama has found a new international outlet recently following Nippon TV’s format deal for Mother in Turkey (a successful adaptation that has resulted in more interest in Japanese content among international buyers). The company is now back with a drama format called My Son. NHK, meanwhile, is screening Kurara: The Dazzling Life of Hokusai’s Daughter, a 4K production about Japan’s most famous artist.

Brazil’s Globo, meanwhile, is moving beyond the telenovelas for which it is so famous. After international recognition for dramas like Above Justice and Jailers, it will be in Cannes with Under Pressure, a coproduction with Conspiração that recorded an average daily reach of 40.2 million viewers when it aired in Brazil.

From mainland Europe, there’s a range of high-profile titles at Mipcom including Bad Banks, distributed by Federation Entertainment, which looks at corruption within the global banking world. From the Nordic region there is StudioCanal’s The Lawyer, which includes Hans Rosenfeldt (The Bridge) as one of its creators, and season two of FremantleMedia International’s Modus. The latter is particularly interesting for starring Kim Cattrall, signalling a shift towards a more hybrid Anglo-Swedish project.

While non-English-language drama will have a high profile at the market, there are compelling projects from the UK, Canada and Australia. UK’s offerings include Sky Vision’s epic period piece Britannia and All3Media International’s book adaptation The Miniaturist – both with screenings. There’s also BBC Worldwide’s McMafia (pictured top), sold to Amazon on the eve of the market, and ITV Studios Global Entertainment’s The City & The City, produced by Mammoth Screen and written by Tony Grisoni.

From Canada, there is Kew Media-distributed Frankie Drake Mysteries, from the same stable as the Murdoch Mysteries, while Banijay Rights is offering season two of Australian hit Wolf Creek. There’s also a screening for Pulse, a medical drama from ABC Commercial and Screen Australia.

Of course, it would be wrong to neglect the US entirely,since leading studios will be in town with some strong content. A+E Networks, for example, will bring actor Catherine Zeta-Jones to promote Cocaine Godmother, a TV movie about 1970s Miami drug dealer Griselda Blanco, aka The Black Widow.

Sony Pictures Entertainment, meanwhile, is screening Counterpart, in which JK Simmons (Whiplash, La La Land) plays Howard Silk, a lowly employee in a Berlin-based UN spy agency. When Silk discovers that his organisation safeguards the secret of a crossing into a parallel dimension, he is thrust into a world of intrigue and danger where the only man he can trust is his near-identical counterpart from this parallel world.

If you’re in Cannes, don’t forget to pick up the fall 2017 issue of Drama Quarterly, which features Icelandic thriller Stella Blómkvist, McMafia, Benedict Cumberbatch’s The Child in Time, Australian period drama Picnic at Hanging Rock and much more.