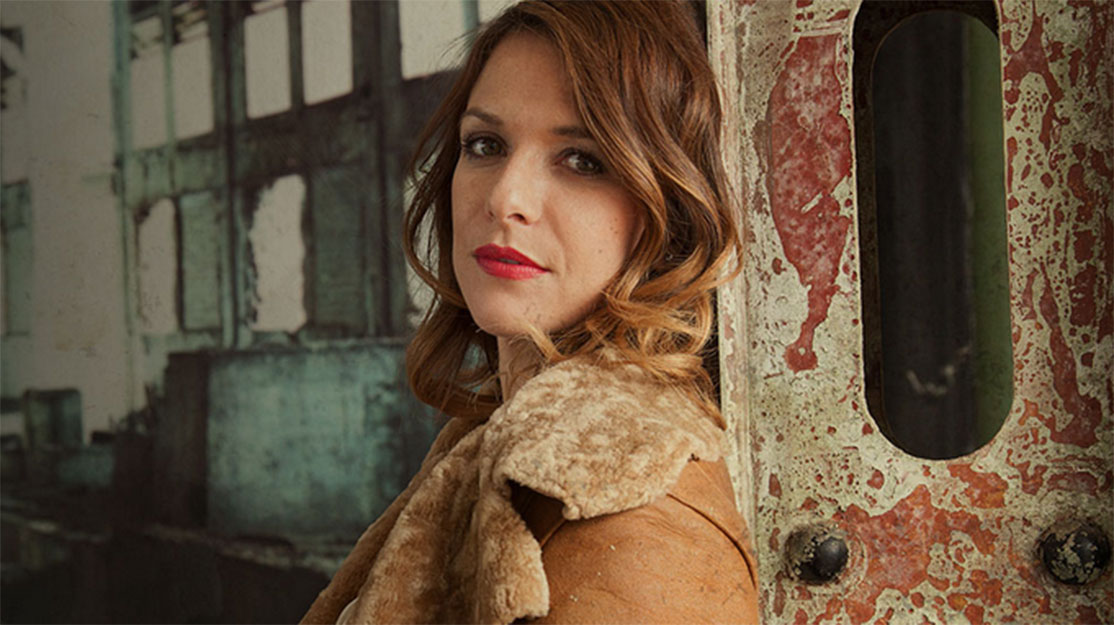 From romance and comedy to politics and crime, the Latin drama line-up at Natpe 2017 looks as entertaining as ever. DQ examines some of the new titles being showcased at the Miami event.

In recent years, Miami programme market Natpe has firmly established itself as a global distribution hub. However, its location means it is also an exceptionally strong platform for telenovelas and other forms of Latino drama. As in previous years, the 2017 edition will see a broad array of launches from leading players like Globo, Televisa, Telemundo and Telefe.

The broadcaster also has a telenovela that fits neatly into the recent trend towards time travel stories. Entitled Time After Time, the show is a love story centring on a young couple called Livia and Felipe. Prevented from living a love story in the 19th century, they are given a second chance 150 years later when their souls return in a different context but with a love just as intense and true as before. In Brazil, the show reached 173 million viewers (according to Ibope) and generated around 654,000 comments on social networks.

Globo, more than most Latin American companies, has made an effort to internationalise its offering. While telenovelas are still the cornerstone of its output, the company is also at Natpe with a number of shorter shows. One is the 16-episode series Above Justice, headed by Avenida Brasil co-director Jose Luiz Villamarim. With its high-profile cast, the show follows four different people arrested over a single night in Brazil’s Atlantic coast city of Recife. Slowly, their storylines intertwine in a narrative turning on crime, justice and revenge. At home, the show was a big hit, securing 41 million viewers a day.

Also on Globo’s slate are 10-episode limited series Nothing Remains the Same, a love story set in the 1950s; and Supermax, a psychological thriller, also 10-episodes. The latter show will be especially interesting to international buyers because it has been produced in Spanish – as opposed to Globo’s native Portuguese. The goal is for the show to be sold to Hispanic US and Spanish-speaking South American markets, though the length means it should attract attention outside the Americas.

Vying for attention with Globo will be Mexican heavyweight Televisa, arguably the leading force in telenovela exports. Titles at Natpe include A Beloved Man, My Sweet Curse, In Love With Ramon, No Trace Of You, Love Divina and The Candidate. Between them, these titles cover the romance, comedy, melodrama and teen genres. Probably the most high profile is The Candidate, which follows a woman’s decision to challenge her corrupt politician husband for the role of president. There is, of course, also a love triangle involving an old flame.

Most of Televisa’s Natpe titles come in batches of 60 or 120 episodes. The exception is No Trace of You, a 10-part drama. In this one, Julia, a young paediatrician with a promising future, vanishes the night before her wedding. Five years later, a college student discovers a woman in a wedding gown, beaten, and covered in blood. It’s Julia – sans memory.

One big theme in telenovelas has always been empowered women (The Candidate, La Patrona, La Duena etc). Mexico’s other major telenovela player TV Azteca Internacional (TVAI) has an example on its slate in the shape of Iron Lady, about a strong-willed prosecutor on the trail of the drug lord who killed her father. Also on the TVAI slate are titles such as Nothing Personal, Missing Bride, What Women Keep in Silence and Living To Race. The latter is a high-octane action drama that uses the legend of Mexican racing drivers Ricardo and Pedro Rodriguez as the backdrop to a contemporary racing series.

Telemundo Internacional is the distribution arm of Hispanic US network Telemundo. Its Natpe slate includes hot new title El Chema, which started airing in December. A spin-off of the extremely popular and long-running drug baron series El Señor de los Cielos (The Lord of the Skies), the show follows Chema Venegas’ first years working in Mexico’s world of organised crime and his ascent to become the renowned cartel leader seen in the parent show. The decision to spin off a show is no real surprise given that El Señor de los Cielos has now racked up in the region of 340 episodes on Telemundo.

Other titles on Telemundo’s slate include La Doña, Ambar and La Fan, which tells the story of a passionate fan of a famous telenovela actor. One day, fate brings the two together. At first, he hardly notices her, but before long he can’t imagine his life without her. La Doña, meanwhile, is based on Doña Barbara, a novel by Romulo Gallegos. Typically telenovela, it is the story of a strong-willed, ruthless woman who brings bad men to justice (another example of the fascination with strong women).

One big news story on the eve of Natpe was that Mexico-based distributor Comarex has taken control of the rights to Cisneros Media Distribution (CMD)’s catalogue outside the US and Spain. The deal is reckoned to involve around 30,000 hours of programming. Comarex will be at Natpe with CMD’s content as well as shows from Canal 13 in Chile and Canal 11 in Mexico.

Key titles from Venezuela-based CMD include Entre Tu Amor Y Mi Amor (Separated by Love), which follows the story of a young woman, Sol, who leaves her country home for the city in search of a better life. Here she falls in love with Alejandro, not knowing he is the son of the evil woman who swindled her parents and had them killed when she was a baby. The show has already been licensed to US streaming platform Glosi.

From Canal 13 Chile, Comarex will have Preciosas (Runaways), the story of four women who meet while serving time in jail. They include Lorena, a 30-year-old who has been wrongly convicted of the murder of Juan Pablo, a co-worker. Lorena seeks to clear her name with the help of Alex, her defence lawyer and with whom she will (surprise!) have a romance.

The regional variety of shows at Natpe is enhanced by the presence of Telefe Internacional (Argentina), RCN (Colombia) and Caracol Internacional (Colombia). The former is in Miami with titles such as Dear Daddies, Love After Love, Educating Nina, The Return of Lucas and ratings hit Story of a Clan (35% share on Telefe in a weekday 23.00 slot). The latter continues the fascination with Latino crime families, telling the story of the real-life Puccio crime family. Strong Latino women is again the subject in telenovela Lioness, about a female textile factory worker who rallies her fellow worker to gain rights (while falling in love with the new factory owner along the way).

Caracol’s contribution to the fun is A Carnival Affair, Pursuit of a Dream and Surviving Pablo Escobar Alias JJ, the latter based on the book by John Jairo Velasquez, who was a lieutenant in the drugs lord’s gang. RCN, meanwhile, is promoting Ruled By Love, Azucar and A Thread of Blue Blood. The latter revolves around the death of a financial expert and the attempt by a journalist to discover the cause. All RCN titles are 70 episodes or more.

All of the above players are local producer-broadcasters, which tends to be the norm in the Latin American telenovela business. But there are a few notable exceptions. Sony Pictures Television, for example, has some celebrity-themed telenovelas nestling in amongst its slate of international dramas. These include Paquita La Del Barrio, about the life and career of Mexican singer Francicsa Viveros; and Blue Demon, the fictionalised life story of the famed Mexican wrestler.

Israel’s Dori Media is another company that long ago identified the global appeal of Latino-produced telenovelas. At Natpe, its key titles include Por Amarte Asi (Loving You), which follows the twists and turns in the life of a father and daughter who get a chance to fall in love with partners despite the difficult circumstances that brought them together. Echoing the trend identified above, Dori has also been exploring non-telenovela options. For example, at Natpe it will present the Séries Mania 2016 Grand Prix winning crime drama El Marginal, a coproduction from Underground Producciones and TV Publica. Created by Sebastian Ortega. El Marginal premiered on TV Publica in Argentina in June last year, where it has gone on to more than triple its timeslot ratings on the channel.

Another company that sits outside the norm is Argentine producer POL-KA, which will be at Natpe under its own banner. Titles on its slate include Quiero Vivir A Tu Lado, Los Ricos No Piden Permiso and Guapas. The latter, Cunning Girls in English, is a 174-episode drama about five women who lose all their savings after their bank closes down. They pull together to get back on track both financially and emotionally. POL-KA, it’s worth noting, is also a partner in Televisa’s Love Divina.

Finally, a word on Brazil’s number two channel Record TV, which is at Natpe with a slate of epic religious dramas including The Promised Land, Moses and the Ten Commandments, The Miracles of Jesus and Joseph from Egypt. An explanation for this emphasis is that Record TV is owned by colourful Brazilian billionaire businessman Edir Macedo, who is also founder and leader of the Universal Church of the Kingdom of God.