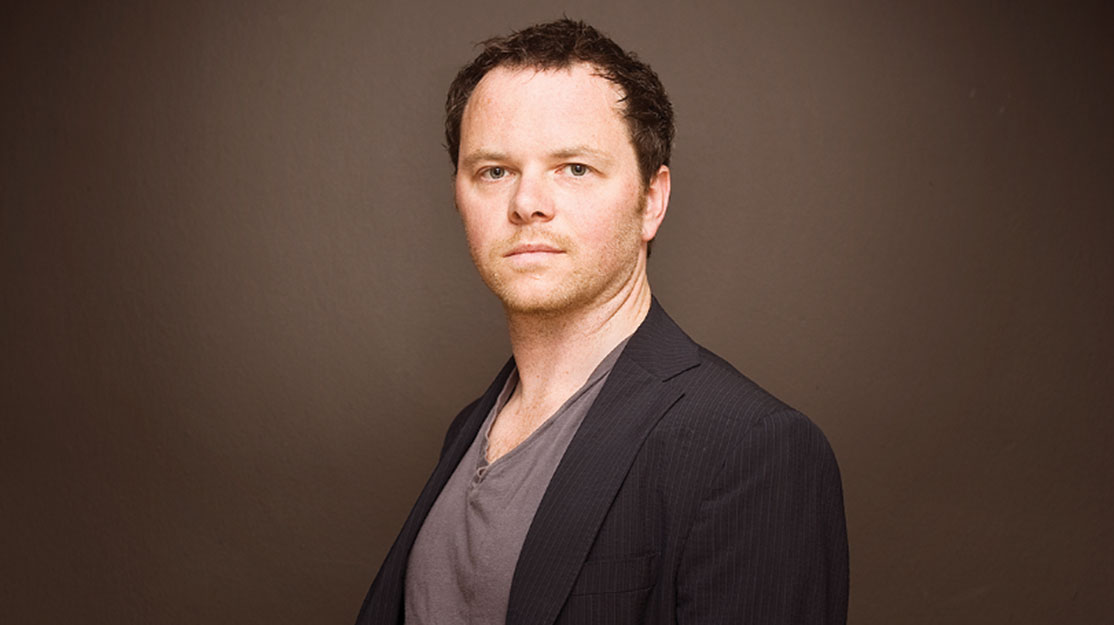 With an eye for crafting unique worlds, Fargo and Legion creator Noah Hawley tells DQ why he is bringing movie methods to television.

As the stream of talent between cinema and television continues to flow in the small screen’s favour, Noah Hawley is bucking the trend.

The creator of US dramas Fargo and Legion admits that, as the TV industry evolves, he too is on a personal journey – from writer to filmmaker – as he increasingly departs from traditional TV production methods and adopts a more hands-on approach across writing, directing and editing that is more commonly associated
with movies.

This is undoubtedly down to the types of shows Hawley is making – dramas set in such unique and stylised worlds that their creators trust only themselves to bring them to life – at least until such time that their vision is in place firmly enough for others to follow.

Fargo, returning on April 19 for a third season on US cablenet FX, is based on the iconic Coen Brothers movie and demands certain sensibilities in writing and direction. Likewise, Legion is a mind-bending, dazzling and disorientating drama that looks and sounds like nothing else on TV.

Speaking about Legion, which has been renewed for a second season, Hawley (pictured top) admits he “likes it when it’s at its oddest – and by ‘odd’ I don’t mean deliberately unfathomable but where the structure of the story and the intricacy of the emotion of the characters can be woven together in a way that transcends the genre.”

Loosely connected to the X-Men universe and based on the Marvel comic books by Chris Claremont and Bill Sienkiewicz, the story follows David, a schizophrenic whose life inside a psychiatric hospital is turned upside down by the arrival of a new patient, after which he begins to confront the possibility that his visions and the voices in his head might actually be real.

“It’s been an evolution,” Hawley says of the show, which launched on FX in February. “What attracted me originally was the subjective nature of the show and that David’s experience of reality was going to be our experience of reality. But it wasn’t until I practically sat down to write that it became more about the demon within, as opposed to fighting some government agency.”

The showrunner says it was his intention to make something unexpected and unpredictable, if only to keep savvy viewers hooked on the series as it unfolds, and describes Legion’s two-year development as a “down-the-rabbit-hole journey” that fostered a sense of creativity, inventiveness and imagination.

“So I would sit down with the script and say, ‘Well, I know where it starts and know where it ends and I know on a macro level what has to happen in this episode, but how are we getting there and what are the fun gimmicks and tricks and visual ideas?’ It is a very surreal show but I always wanted the trailer for next week’s episode to have some element to it that meant viewers would have to see it because it was so visual and interesting.”

In terms of researching the source material, Hawley treated the comics the same way as he used the original Coen Brothers film when he began working on the first season of Fargo, which debuted on FX in 2014.

“I watched it and thought about it,” he says, “but I don’t think I’ve watched it again since. You want to take the essence away from it, and it was a similar dynamic with Legion. It’s about trying to create something that feels familiar and yet completely unfamiliar at the
same time.”

Part of Hawley’s evolution is embedded in his attitude to writers rooms, which he describes as a “kind of bigger brain” that helps to map out storylines across episodes and seasons. But as the creative leader of his shows, he also finds that the time he spends in the room correlates to its success.

“With Legion, there was a sense that a writers room, by definition, is an outline-generating device, which is to say you get a group of people in a room and what they can all agree on is plot. ‘This happens and then this happens’ – it’s very linear, and that’s not what the show is. It wasn’t very helpful to me because it takes all the inventiveness out of the writing and because it’s not how you tell a subjective and surreal story where things aren’t necessarily meant to be linear.”

Subsequently, Hawley will do a pass on every script, “even if it’s not my name on it,” though he admits the first season of any show is always the hardest: “You talk to any showrunner and they will tell you that they end up doing 90% of the writing because you’re asking people to write something that exists only in your head, whereas they don’t really have a point of reference. The question of how a show works – how we do romance, how we do action – hasn’t been defined; it can’t be defined until it’s made, and it can’t be made until we make it. There is this catch-22 to it where you’re just grateful for the big brain to help you think things through and, ultimately, you need to make a season of it to show next year’s writers what it could be.”

That isn’t to say Hawley doesn’t like collaboration or delegation. “I can’t do it all myself,” he jokes. “Sam Esmail, who created Mr. Robot, directed every moment of the second season himself – but he doesn’t have a wife and kids! TV is a collaborative medium and, at a certain point, you have to direct the directors, instruct the editors and let everybody take their best swing at it.”

As well as writing, Hawley is now adding directing to his duties. Having helmed two episodes of Fargo so far – the second of season two and the opener of the forthcoming third run – he also directed the first episode of Legion, and admits he enjoys the added pressure of directing while also assuming every other role that comes with being a showrunner.

“It’s really 3D writing,” he says of directing. “Every element, every detail is important. And the scripts, if you read them, are very visual. They’re really a blueprint, which is my way of saying, ‘This is how the story unfolds and how the audience wants to see it, so let’s just film it that way.’

“Especially with Legion and the idea of world creation, I really needed to make one episode myself and then bring in the other directors and go, ‘This is what the show is.’ The minute you add a layer of removal and bring in somebody else who has maybe a complementary vision, but a different vision nonetheless, it becomes more of a dialogue.

“I’ve done pilots with other directors who did great but, at this point in my career, I want what I want and I’m trying to do something different and original. And the only way to really do that is to do it yourself.”

That’s why Hawley says he is now gravitating towards movies, with a pair of films lined up at Fox Searchlight. As a writer, he says he has had to become a director to make the shows he wants, allowing him to follow a path that naturally leads to the big screen.

“From the very first day on Fargo, I knew if I just wrote some clever scripts and sent somebody else to make the show, it wouldn’t feel right,” Hawley says. “So I had to become a director; I had to become a filmmaker. And with Legion it’s a very idiosyncratic and personal vision.”

He adds: “The older I get, the more the traditional TV dynamic doesn’t work for me. I just can’t let the script go out of the door without making it mine, or let an episode go without turning it into what I want. So in a perfect world, I would write them and direct them myself, which is why I’m gravitating towards making movies. My next thing will be season two of Legion, and hopefully I’m making a movie next spring. It’s all gone very well, so I’m excited.”

Since its debut on FX in 2014, Fargo has been a huge success story, winning critical acclaim, Emmy and Golden Globe awards and a legion of fans.

Now back for its third season, which is set in 2010, the story centres on Emmit Stussy and his younger brother Ray. While Emmit, the Parking Lot King of Minnesota, sees himself as an American success story, pot-bellied parole officer Ray is forever living in his brother’s shadow. But their sibling rivalry follows a path that begins with petty theft and leads to murder, mobsters and cut-throat competitive bridge.

If this were a traditional drama, creator Noah Hawley might feel pressure to live up to the standards of previous seasons, but he says the anthology format of Fargo relieves him of the weight of expectation.

“There’s pressure to a degree because of the success the show has had and I would really feel that pressure if we were coming back with the same characters each year,” he says of the drama, which is produced by MGM Television and FX Productions and distributed by MGM.

“The advantage I have is that it’s a completely different 10-hour movie. They’re always set in a different time period, and in many ways a different tone of voice, a different visual palette, and the tone shifts and the characters are different. So I’m able to focus on this movie, make this one the best it can be and you don’t even really have to think about what you did before because you’re just following this story to its natural end.”

“There’s an interesting dynamic to working in [Fargo’s] tone of voice – the performances have to be grounded and real but there’s also something heightened about the movie you’re in,” Hawley explains. “Ewan is great at that. He’s a great dramatic actor but he’s also funny, he’s got great timing and great instincts. There’s a love story in it for one of his characters, which he’s hapless and charming at. So he’s checked every box.

“Practically, it’s not like these two brothers are on screen together for the whole show but when they are, there’s a combination of classic lopped off shots where you film one side of it, then you change the hair and make-up, sit him in the other chair and film the other side of it. There are some programmable camera dollies where you can repeat the same moves so you run it once with him in one role and once with him in the other role, but it’s not a gimmicky show like Legion. The point is more to create something that will feel like the rest of the movie. My hope is that part of the filmmaking becomes invisible.”

With the show set to debut in the US on April 19, there will be a tight post-production process in place as shooting doesn’t finish until the first week of May. Despite that, Hawley says he “couldn’t be happier” with season three. He adds: “It really feels special this year and with this cast. You have to hope as a filmmaker that your next film is better than your last and it feels really good to me. That’s all I’ll say!”