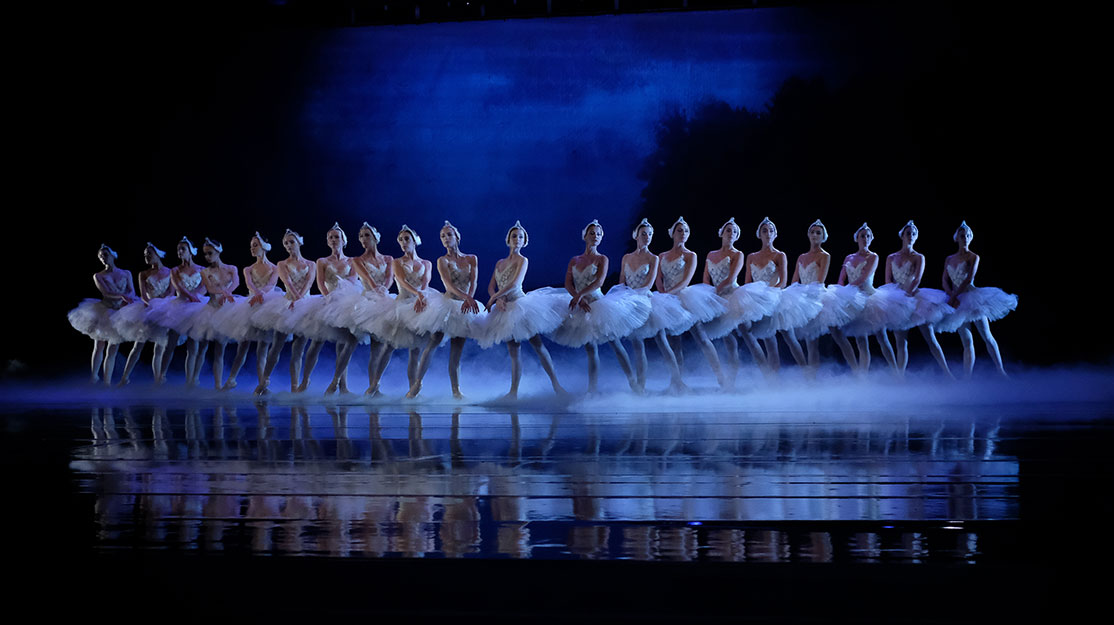 Cécile Ducrocq, creator and showrunner of French drama L’Opéra, tells DQ why she wanted to take viewers into the world of ballet for this series about ambition, corruption and second chances.

Rocky Balboa might not have much in common with the world of ballet, yet Sylvester Stallone’s fictional heavyweight boxing champion proved to be one of the inspirations behind eight-part French drama L’Opéra.

Revolving around Paris’s world-famous Palais Garnier, France’s foremost opera and ballet company, the series follows the turbulent fortunes of three fictional characters as they strive for success in the physically and emotionally demanding ballet business.

Zoé, played by Ariane Labed (Trigonometry), is the company’s 35-year-old principal dancer whose dazzling career is beginning to falter – the result of too many parties, lovers and anxieties. Under the threat of dismissal, she must come to terms with the institution that has been part of her life for so long, her peers and her own demons if she is to earn a second chance.

Meanwhile, among those eyeing to take Zoé’s place is 19-year-old Flora (Suzy Bemba), a young black woman who has just joined the company and must quickly carve out a place for herself and prove her worth in a world populated by relatively few black dancers.

Then there’s the flamboyant and ambitious Sébastian (Raphaël Personnaz), the new director of dance, who wants to cement L’Opéra’s place at the top of international ballet.

Together, these three characters take viewers inside the Palais Garnier, which is also known as L’Opéra and stands as a symbol of perfection, where some of the best dancers in the world are trained but which is also the battleground for a tussle between tradition and modernity.

Following its world premiere at French television festival Series Mania, where Labed won the best actress award in the festival’s French competition category, L’Opéra debuted last week on local streaming service OCS. But the project has actually been four years in the making, going back to when showrunner Cécile Ducrocq (The Bureau, Call My Agent) was first approached by producer Florence Levard with the idea of making a series about dancers at the Palais.

“I’m a Parisian so I went once or twice when I was younger. It’s an amazing place, but I didn’t know how it worked inside,” Ducrocq says. “I started to research L’Opéra and, like any closed arena, it has its own rules. It’s a microsociety, so it was very interesting to speak about society but with ballerinas and tutus.

“The company is really like a family. They grew up together. But it’s so difficult for the dancers because [ballet dancing is] so painful. It’s so bad for the body. They’re very tough. It’s true that it’s a closed world. From the beginning, we told them we were doing a series about them, and they were just like, ‘OK.’ But they were very nice because they allowed us to shoot in the real L’Opéra, which is nice for us because it adds credibility to the story.”

Interviews with former employees – dancers, technicians and administrative staff – formed the backbone of Ducrocq’s research, while she also watched lots of films and documentaries about the Palais. She then decided to pitch her series somewhere between the common clichés of ballet – “where everything is pink, there are lots of tutus and it’s always about young girls who want to become ballerinas” – and Black Swan, director Darren Aronofsky’s 2010 psychological horror film about a ballerina (Natalie Portman, who won an Oscar for her performance) who loses her grip on reality as she faces competition from a young rival.

“For the main character, I thought it was not so interesting if it’s a young girl who, step by step, becomes a ballerina. What if she’s already at the top and you’re not sure you’re at that level anymore? That’s something that can speak to everyone,” says Ducrocq, who created the series with co-writer Benjamin Adam. “It spoke to me. Although I’m a screenwriter, I think, ‘I made it but there’s a lot of young people coming up. I’m not so old but I’m not so young, what can I do?’ It can talk to everybody.

“One reference was Rocky Balboa. Benjamin and I watched all of those films and we really wanted to film dance like a fight.”

The pair co-wrote the series with Simon Jablonka (The Promise, Spiral) after brainstorming ideas that would revolve around the three main characters. From the outset, Ducrocq was also clear that the show should not only focus on the ballet but what went on backstage, which she says is as interesting as the dancing itself.

“When you want to talk about the dancer, it’s difficult because they’re artists and it’s always a little boring to talk about artists,” she says. “I don’t like it when it’s like, ‘Oh my God, to be an artist, you have to be tortured and it’s very hard and tough.’ That’s not interesting. I wanted to show another side and have the point of view of the technicians and all the administration. It’s like another TV series I worked on called The Bureau, where the idea was to talk about spies when they are in the office, not like [US thriller] Homeland.”

Assembling the cast proved to be one of the toughest tasks of making the series, the show requiring actors who could also dance to a particularly high standard. Labed had done 10 years of classical ballet when she was younger and also had experience with contemporary dance, but still took part in two months of intensive training to play Zoé. Bemba also had some previous dance experience.

Produced by Victoria Production and Orange Studio in partnership with Belgium’s Belga Productions, L’Opéra had been filming for just one week when the pandemic forced it to shut down last spring. Due to the close proximity of many of the actors during certain scenes, most notably the dance sequences, cast and crew were put up in a hotel together and tested almost every day.

When filming resumed, cameras were allowed inside the real Palais, where scenes were set on the venue’s ornate grand staircase, its rooftop and outside. The stage and the backstage areas were filmed in Liege, Belgium, but viewers won’t see many traditional shots of the dancers performing.

“What I want to do when I film dance is shoot the stage from backstage. It’s beautiful when you see a ballerina under the perfect light but in front [of the camera] you see someone watching from the side,” says Ducrocq, who directed with Stéphane Demoustier, Laïla Marrakchi, Inti Calfat and Dirk Verheye. “For the administration offices, we built them in an old castle, as we couldn’t shoot in the L’Opéra because they were working, and I didn’t want to do it in a studio because I wanted everyone to be moving. It’s like a beehive, where everybody is doing something and running about.”

Unsurprisingly, the dance sequences were the most challenging element of the series, with the production effectively having to open its own dance company to perform the version of Swan Lake seen in the show. “We couldn’t take all the dancers of L’Opéra or another real company because they are all working, so we had to build our own company and then train them,” Ducrocq says. “We also couldn’t use Rudolph Nureyev’s choreography because there are rights involved, so we had a choreographer to create a new version. We have our own company, our own choreography.”

Season two, which is already in production and is due to wrap in December, will feature 19th century Russian ballet La Bayadere as its featured performance.

“Like French gastronomy or haute couture, like a Chanel dress, we wanted this series to feel very luxurious – and very Parisian too, because we wanted to feel Paris,” the showrunner adds. “I hope everybody can recognise themselves in one of the characters – the young girl who can’t achieve what she wants, the young director who tries to move people forward and the older ballerina who has difficulties. It’s beautiful. We wanted drama and soap and, especially with the ballet company, there are a lot of stories to tell.”