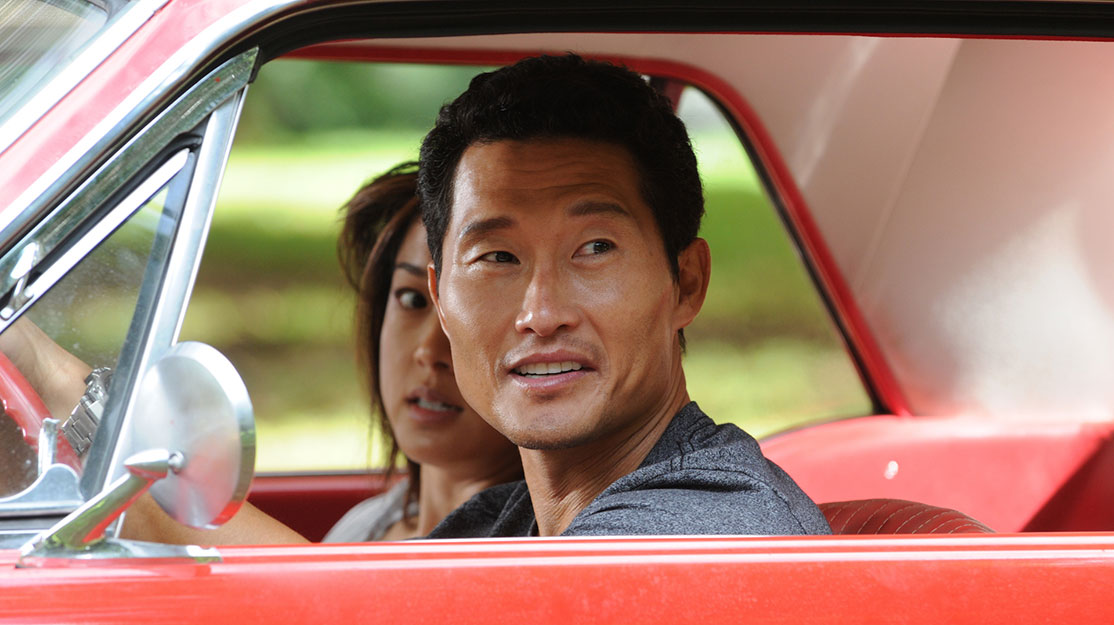 Lost and Hawaii Five-0 star Daniel Dae Kim tells DQ that while times are changing for non-white actors as TV dramas around the globe become increasingly diverse, there’s still work to be done.

Daniel Dae Kim is extremely comfortable in his own skin. As he takes to the ‘stage’ (some stools) for an ‘In conversation with…’ event during his role as a juror at the 29th Singapore International Film Festival, he radiates a serene authority.

It shouldn’t be surprising from a veteran actor and star of two of the US’s most recognisable multi-season network shows, Lost and Hawaii Five-0. But considering the barriers he has encountered – and continues to encounter – in his career, about which he talks candidly, no one could blame him if he did doubt himself.

By the time he joined the cast of Lost, as South Korean fisherman Jin-Soo Kwon, he was used to being on casts that were nearly all white, because it was the norm. And when actors from ethnic minority backgrounds were cast in major US productions, they were often tangential characters, a foil for the white, male lead.

Jin, who featured in all six seasons of Lost, remains Kim’s toughest role to date. Despite his Korean heritage, Kim was brought up in the US from the age of one, and did not speak his birth nation’s language. On top of having to speak Korean, a little-known fact is that Jin was supposed to have been killed off in Lost’s first season, highlighting how competitive the business is.

“You’re always auditioning even when you have a job,” he tells DQ, noting that acting in another language presented a host of new challenges. “It tripled my workload because I was learning a lot of translations. Speaking a second language is different from acting in a second language. The fact I stayed around for as long as I did, I feel very fortunate. It made the extra work I put in worth it.”

With a strong work ethic and a 121-episode broadcast network smash under his belt – along with numerous roles across television and film – Kim might have expected leading roles to be forthcoming. A part in CBS’s reimagining of classic police procedural Hawaii Five-0 duly emerged, but Kim says his race again proved an issue.

“When I first met on Hawaii Five-0, I asked the lead producer if I could maybe be [leads] Danno or McGarrett, and he said, ‘Well, we’re just not going that way.’ It’s a simple answer, but it has such big consequences when they don’t consider that’s even a possibility. I had to be content with whatever I could get.”

Kim, along with co-star Grace Park (who played Kono Kalakaua), left Hawaii Five-0 after season seven, reportedly due to a pay dispute. He then took a break from acting – while still managing to shoot two films – to concentrate on producing through his label, 3AD. However, his desire to act has not diminished, and Kim is eager to “do something onscreen, hopefully soon.”

In a nod, perhaps, to the barriers he has experienced, he tells actors to “not apologise for yourself,” adding: “Don’t hide, don’t be underprepared. You can see apology on an actor’s face when they’re performing. Don’t let that be you.”

Kim clearly has a deep respect for his profession, and while he acknowledges increasing diversity, he demands more and is shouldering responsibility himself to a degree through 3AD. The shingle successfully transported South Korean medical format The Good Doctor to the US, where it has become a major show on ABC, though only after it was rejected by CBS.

The actor is now set to step in front of the camera with a recurring role in the drama’s ongoing second season as Dr Jackson Han, the brash new chief of surgery at St Bonaventure Hospital, where the story takes place, with the character set to put Dr Sean Murphy (Freddie Highmore)’s career in danger.

“This seemed ready-made to bring to America because it was a relationship story with a hero we hadn’t seen before,” he says of lead character Murphy, who is autistic. “Sometimes it’s not just about race, it’s about whatever your challenges are in life. I thought that was universal.”

Kim says producing allows him to channel his frustration of “only being able to go out for the roles that are offered” as an actor, adding: “If you want a Mexican-American as one of your leads, you can make that. If you want three Asian-Americans as regulars, you can have that.”

Now with projects in the works at ABC and other cablenets, it seems his work ethic is paying off. And that’s a lesson worth remembering.