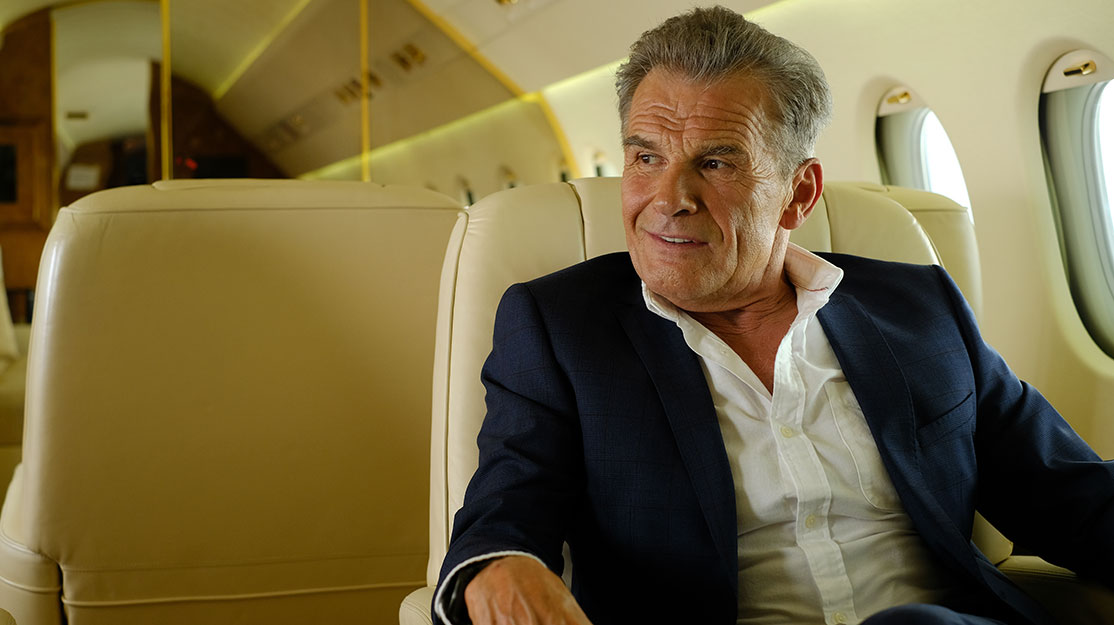 The Net, a series of four interconnected stories that unfold in different countries and in different languages, is set to take viewers inside the world of football corruption. DQ finds out more.

From the Arrowverse to CSI, Marvel’s Defenders and the Chicago franchise, there are numerous examples of television crossover events that bring together characters and storylines from different shows. And now a new cross-border project is set to take that premise into a league of its own.

The Net is an ambitious drama made up of four independent series set in different countries and in different languages, all within in the same narratively connected world of international football corruption. The four series will be set primarily in Austria, Germany, Italy and Spain/Mexico, with producers from those countries taking charge of each series for a local broadcaster.

The Austrian series, called The Net – Prometheus, is the first to be completed. Set across Austria and the UK and filmed largely in English, it follows Georg Trotter (Tobias Moretti, Bad Banks), a doctor and former doping agent who gave up his career after a tragic car accident badly injured his wife Diana (Angel Coulby, The Tunnel) and killed his beloved son. Known as a notorious doping hunter and “bloodhound,” Georg is offered the chance to run a new hypermodern, high-performance clinic in the Alps.

There, the staff are supposed to get injured football players back into shape in record time with high-tech training methods, and help young talent to become the best footballers in the world. They promote clean sports without illegal tricks – but Georg soon has doubts.

The series also stars Amanda Abbington (Sherlock) as a police officer involved in a storyline that takes place in Liverpool, plus Benjamin Sadler and Nicholas Goh. Written by Martin Ambrosch (Maximilian), the show’s lead director is Andreas Prochaska (Das Boot).

The concept behind The Net comes from Matthias Hartmann, creative director of content development at Red Bull Media House, who found football – “the religion of our times” – to be the perfect subject for a global series.

“I’ve always loved reading the great Russian novels, and now screenwriting is taking over that complexity of storytelling,” Hartmann tells DQ. “Corruption is the engine of modern storytelling and one of the main issues of social life nowadays. Betting, cheating and human trafficking are also very important issues. These topics compel audiences across borders, across languages. There is a shared interest. It seemed natural to bring these things together. The stories come from all sides and fit into a big puzzle.”

With the project backed by Red Bull, which has a history of staging adrenaline-fuelled projects, Hartmann then sought a TV partner with a worldwide reach and went to German producer-distributor Beta Film.

“When Matthias came to us, he pitched us this idea of different kinds of corruption taking place in different areas of world football through different characters and how they are linked and connected to each other,” explains Beta MD Moritz von Kruedener “He did this in a one-hour pitch without any paper in front of him – it was fascinating because it was so clear how these connections could happen, how one leads to another and how this serialised project could fit together.”

Although Beta was an enthusiastic partner from the very beginning, they did identify two challenges: how the individual series could be connected and how such an adventurous concept could be funded. That led to the idea of working with producers in different countries to produce ‘local’ shows that could then be connected to the others through story and character. MR Film in Austria, Sommerhaus Filmproduktion in Germany and Cross Production in Italy all subsequently came on board.

“We had a bible, with five coherent stories that worked as standalone stories but are interconnected and interwoven,” Hartmann says. “We said, ‘These are examples; you don’t have to follow them.’ Martin Ambrosch took on a lot of these ideas and characters [for the Austrian series]. Then in the show in set in Germany, Switzerland and Ghana, produced by Sommerhaus, they branched off in different directions so we always had to be in contact to see if they still fit together.

“When [writer] Gianluca Leoncini joined in Italy, he was curious how far along the others were because they had already started. He suggested some changes, which I agreed to immediately, because he’s very good. That way we always kept close.” Leoncini (Gomorrah) writes the Italian Net with Valerio Cilio (Christian).

At the centre of the story is Jean Leco, president of the WFA (World Football Association), who is played by Raymond Thiry (Penoza) and will appear in each series as a connecting figure.

“This guy wants to install a world league – and this really happened a few months ago,” says Hartmann, referring to the controversial and quickly abandoned plans by some of the biggest football clubs in Europe to set up a European Super League. “We were overtaken by reality, which is an interesting thing, because we had this plan three years ago and we thought it would be quite a worldwide event and suddenly they tried – and failed – but they will try again because football is a cash machine.”

“We are developing and producing for two purposes: the national success for the local broadcaster or partner, like ARD in Germany or Red Bull-owned Servus TV in Austria, and on the other hand to produce for a global or local streamer that will be the one connecting all of them,” adds von Kruedener. “But it’s important not to have too many spoilers. There’s no order to watch them in. We will not release them one after the other, we will release them all at the same time on those streaming platforms and we’re doing everything we can to avoid one spoiling the other ones.”

Despite making a show set in the world of football, Hartmann and von Kruedener agreed that they should actually show as little of the sport in action as possible, noting its checkered history on screen.

“In a television series, you cannot fascinate people with a game that is not actually taking place,” Hartmann says. “You know they’re not real, you know they’re not happening now, so you have to tell stories about something completely different. But, of course, the heart of it is the world of football.”

“In this fascinating world, everyone is aware of corruption taking place but we tried to do everything we could to avoid destroying the beauty of the sport,” von Kruedener says. “We’re not going into the stadium or showing the sport too much, because it normally doesn’t work on television. We try to focus on single characters, to develop them emotionally and bring it down to what are very universal aspects of our lives – the battle for power, revenge, young love, all these usual aspects you can find in modern, international storytelling. Through these characters, we would try to explain even complicated aspects of doping, bribing and match-fixing and bring them down to an emotional level.”

Plans are already in place to extend The Net beyond its initial four-series plan, with a project emanating from Portugal already in advanced development.

“This is a project planned for continuous development over the next few years,” von Kruedener says of The Net. “We are in discussion with several different partners and countries and there are a couple of ideas.”

“Coming from theatre, where we always want to invent the world anew, to television, I see people tend to see if things are successful and then jump on board,” says Hartmann, whose background is as a theatre director. “Since working on this, curious people are coming along saying, ‘What are you doing there? Do you think it’s OK if we come on board?’ It was quite an interesting thing. We’ve got some scripts coming from Portugal where I thought, ‘How did they know we were working on this?’ It fit so well. We are now very curiously examining the possibility of collaboration.”

The creation of The Net is an example of how storytelling has evolved, from ambitious international series that would, often unsuccessfully, bring together actors from different countries and put them together in one story, to a point where the most popular series around the world are actually the most domestic – Gomorrah, Squid Game, Babylon Berlin and La Casa de Papel (Money Heist) to name just three examples. The Net aims now aims to bring local storytelling to the international stage.

“I’m influenced in storytelling through theatre, drama and opera because that’s my origin, but then of course HBO series like The Sopranos had a big impact on me,” Hartmann says. “I always try to connect things, I always try to put them together. That seems to be a characteristic of mine. When I pitched it to Red Bull, they said, ‘It sounds so crazy – you have to find a competent partner. If you find one, let’s go ahead.’ The first one I went to was Beta. They looked at me as if I was a lunatic, and then said, ‘Let’s do it!’”

“This is very much an example of how storytelling has developed, and we want to bring it to the next level because it’s local storytelling with the purpose from the very beginning that it becomes international through its connections,” von Kruedener says. “That’s the next stage of development.”