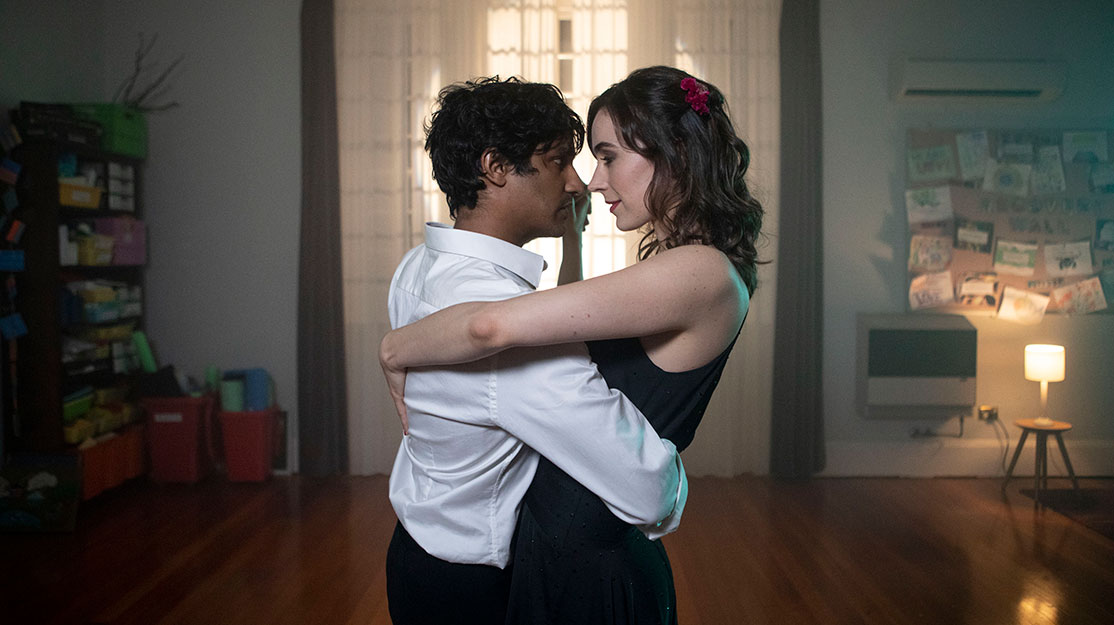 Creator Kristen Dunphy and executive producer Jason Burrows discuss overcoming the challenges of making Australian drama Wakefield, which explore the fine line between sanity and madness with a complex story set in a psychiatric hospital.

While filming around the world has been suspended or delayed due to the coronavirus pandemic, television productions have slowly been finding their feet again amid a new normal that requires health and safety measures to ensure the safety of cast and crew.

For Australian drama Wakefield, which was among those series put on hiatus earlier this year, returning to set proved to be trickier owing to the country’s internal travel restrictions, while British star Rudi Dharmalingam also faced two weeks of quarantine before he was able to join the rest of the cast.

“The main problem was trying to get people into the country and across borders. We had a lot of people quarantining, which made the scheduling quite difficult,” explains creator and co-showrunner Kristen Dunphy (The Straits, The Secret Daughter). “We didn’t know from one minute to the next who we were going to get across and when, so that made it really difficult.

“We had quite a strict Covid safety plan. We kept as much crew outside of the interiors as possible. But we also had to factor in a lot of cleaning time, which reduced our shooting time.

“We’re lucky we’ve got a relatively low number of Covid cases here,” continues executive producer Jason Burrows. “We did temperature tests each day. But luckily, on this show, what was nice was the cast and the crew really loved the show, so even though a couple of other productions tried to pick up our crew and cast, they all stuck with us. They just came back with a lot of energy, a lot of enthusiasm and were willing to make those sacrifices, both on-set and off-set.”

Exploring the fine line between sanity and madness, Wakefield is set among the staff and patients in Ward C of a psychiatric hospital in the picturesque Blue Mountains near Sydney. Dharmalingam (Tin Star) plays Nik, a gifted psych nurse who is the sanest person in the hospital. But when a song gets stuck in his head, it unearths a dark secret from his past, building an intriguing puzzle that builds to the show’s conclusion.

At a time when awareness of mental health is rising after months of living in lockdown, the show’s subject matter could not be more topical – a factor Dunphy could not have predicted after spending seven years trying to get the eight-part series off the ground.

“I did feel like I was banging my head against a brick wall for a long time,” she says. “I did have bites [from other broadcasters] but ultimately I didn’t feel like I was going to have enough creative freedom and that was about people being nervous [about the subject matter]. Having been there in hospital myself, I feel like I have permission to laugh about the subject. At a personal level, it wasn’t funny at the time but I was able to be a fly on the wall occasionally and just go, ‘Oh my God, this is so bizarre,’ and occasionally write things down.”

With the recent launch of Netflix period drama Ratched, a prequel to Oscar-winning film One Flew Over the Cuckoo’s Nest, awareness of mental health on screen might also be on the rise. But Dunphy says treatment and medication has taken a huge leap since the 1975 Jack Nicholson-led movie, which featured electrotherapy and lobotomies.

“What I was trying to do with the show, because I’ve had my own problems and been in hospital a few times, was evolve that mental health conversation beyond ‘us and them’ to show we’re all on a spectrum,” she explains. “People can have one episode, recover and never have another. Other people are struggling with something ongoing, like anxiety. Basically, I wanted to take a really difficult subject and make it entertaining, but also make it real and grounded.

“What we’ve tried to do is to give a real sense of what it’s like for the individual, so it’s very personal and intimate. But also it will lift you out when you need a bit of a break. It has these dance sequences and it has some humour. But the main thing about the entertainment for me was to have a strong psychological mystery that can pull you through. You’ve got this main character who’s a really good nurse but we discover he’s unravelling, and the question is why. That’s what is pulling you through the series to its climax.”

“The great thing it explores is the fine line between sanity and madness, but also between the patients and the staff,” Jungle’s Burrows adds. “And as Nik’s patients are getting better, he’s getting worse.”

He says that while many broadcasters might have considered mental health too bleak a subject for television drama, Mr Inbetween producer Jungle aims to make shows on difficult topics.

“An essential part of doing that is being able to use both drama and comedy and intersperse that darkness with comic relief,” he says. “The fact this comes from an authentic, personal and vulnerable place, means it’s a very moving and at other times very funny series. For us it’s also the ultimate passion project of one of Australia’s best writers, so it was a no-brainer for us. But it certainly wasn’t easy to get over the line.”

Dunphy admits the show was a “hard sell,” but praises ABC’s bravery for pursuing it. “They wanted something out of the box and I served it up to them a little bit more than they expected,” she says. “But they were like, ‘Wow, okay.’ But to their credit, they’ve been amazing.

“The question I was getting before I met Jason was, ‘What’s the tone?’ I’m saying, ‘Well, we’re walking a line with the tone. It’s humour and pathos, it’s both. It’s a tense line, but that’s a good thing.’ Not everyone was convinced so it was just a matter of finding people who understand what you’re talking about. When people see it on the page, they go, ‘Oh, I get it.’”

Part of the show’s complexity is due to its intricate structure, which blends non-linear narrative, fantasy, music and dance. But showrunning the series with Sam Meikle, Dunphy was able to ensure her vision of the series made it to the screen.

“There’s a puzzle-like structure for the psychological mystery behind the main character, but the biggest feature of the series is you follow one character for their story and then you follow another, but all within the same episode,” she says. “The purpose of that is basically to see how people affect each other without knowing what they’re doing. You never know what’s going on inside somebody’s head or why they’re behaving a certain way. It’s interesting to follow someone’s story from beginning to end and then another story, all within the same episode. But the main thing pulling us through is Nik.”

Working with directors Jocelyn Moorhouse (The Dressmaker) and Kim Mourdant (The Rocket), Dunphy says she was always present on the set and made herself available to discuss the purpose of each scene. “It is scary to genuinely break the rules in a big way, and it was scary for the ABC to go there, but to their credit, they have been really open,” she says. “They were keen to help me do something I felt really passionate about and they’ve supported me all the way. It hasn’t been easy. We’ve had our struggles but they’re pretty excited and so are we, and we’ll just see how it comes together.”

The creator also praises star Dharmalingam for taking on an equally complex role she says “goes to some dark places” and how he handled being asked to tone down his British accent and learn to tap dance.

“We’re really excited about Rudy. We think he’s a star,” she says. “He was an absolute joy to work with. He had to go through horrendous quarantine and leave his family twice and didn’t know whether the show was going to happen or not, but he’s just been an absolute joy. I couldn’t be happier.

“The best thing about this show is the lovely, decent human beings that have worked on it. People have just worked together so well and had this incredible positive energy throughout what’s been quite a difficult time, starting with the bush fires and going through Covid. The thing I’m most proud about is the team.”