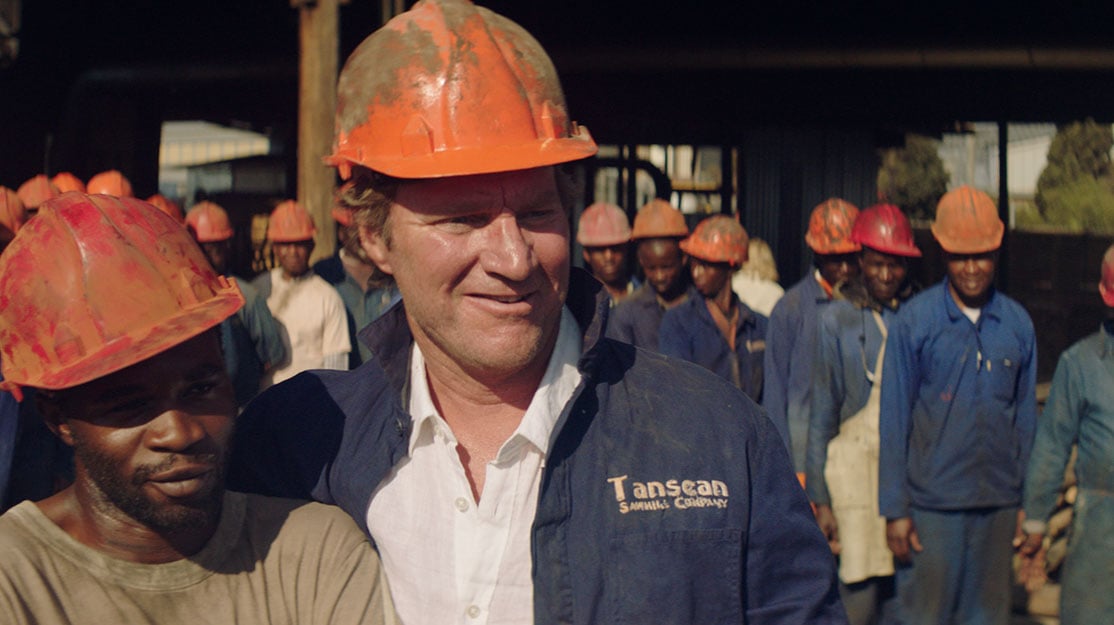 As is so often the case with literary adaptations, the road to making Danish drama Liberty was never without its bumps. But despite the challenges they faced, head writer Asger Leth, director Mikael Marcimain and producer Karoline Leth found a way to turn Jakob Ejersbo’s acclaimed novel into a five-part miniseries for DR.

Set in Tanzania in the late 1980s, the show centres on a group of Scandinavian expats. The story follows two families – the Kundsens and the Larssons – as they struggle to adapt to a new culture, and explores what happens when the idealism that brought them to Africa turns to corruption, lies and deceit.

In particular, the Larsson’s son Christian and local man Marcus each seek what the other has – an African identity and a European future.

The series, produced by DR and distributed by DR International Sales, debuted in February, following its premiere at the Berlin International Film Festival. But in some ways it’s a minor miracle it was made at all, with the novel being held in such reverence that many previous efforts to adapt it had fallen by the wayside.

“People wanted to do this but it’s a very big book, especially in Denmark,” Asger says. “It’s like the equivalent of the great American novel but from a young Danish writer, about heavy subjects. It was very mature in terms of writing. It was incredibly well crafted – it’s a masterpiece.

“Everything is seen through the boys’ point of view; even the adults [are described] from a distance. There’s a lot of youthful condemnation of the fuck-ups, the hypocrites and all that stuff. But you have to lift it up and make it a drama series. When I read the book, I started in my mind developing these stories, putting together the blanks in the adults’ lives. So we’re developing [those characters and their stories] and taking them seriously as characters.”

Asger began working on the project more than two years ago, planning out a six-part series that featured “an important death” at the halfway point. “But I was given five [episodes], so it was a big rewrite, much bigger than you can imagine,” he says of the DR commission. “It was difficult, but I think we got away with it.”

Marcimain signed on after reading the first three scripts and headed straight into the casting process, which brought together actors from Denmark, Sweden, Finland and different countries in Africa. “I liked the topics about aid workers and corruption. It’s a dark fairybtale and has a web of characters,” he says. “I really responded to that. It was irresistible.”

“I was a fan of the books ever since they came out but I never thought they would be able to make them into films or series,” says actor Connie Nielsen, who plays Katrina Larsson, the matriarch of the series who is happy to turn a blind eye to her colonialist husband Jonas (Magnus Krepper)’s schemes if it means keeping the high standard of living she is accustomed to. “I just didn’t see how they were going to tell the story. When I was sent the script, I was really stunned that Asger had succeeded in finding a way to give a filmic language to this book.”

Katrina is the friendly face of the expat community in Tanzania, welcoming new arrivals to her home with regular dinner parties, all while her husband cheats on her and embezzles Swedish funding into his sawmill business.

“My character has no morals,” admits Nielsen, who made her name in the US on the back of films such as Gladiator and The Devil’s Advocate and recently appeared in the hit Wonder Woman movie. “Actually, I think their morals and ethics are tested in Africa and whatever seemed OK [in Scandinavia] keeps on getting pushed further and further away. My character and her husband are wondering when [their behaviour] is no longer OK. Where is the limit? My character has a very extreme experience and it’s been very exciting to play her.

“A big part of what we wanted to show is what happens when white people go to Africa. What are we doing there and how do we know what we’re doing there is OK? How do we treat the people in places we go to help? And just how clean is our whole reason for being there?”

Adding that she has worked with non-governmental organisations in the region, Nielsen continues: “I really wanted to do this because, with my own eyes, I’ve seen that while so many people do so many wonderful things and want to help, there’s also so much unintended damage that we need to ask ourselves hard questions about – is this a form of new colonialism that we’re actually doing? This is, to a large degree, what Jakob Ejersbo set out to try to seek. Who do we think we are? I think that’s what he asked himself.”

It’s through the eyes of Niels Knudsen, played by Carsten Bjørnlund, that viewers see the damage created by those with good intentions. The first episode opens as his wife Kirsten (Sofie Gråbøl) and rebellious son Christian (Anton Hjejle) come to join him in Africa, where Niels is rallying a group of local farmers to the idea of the Danish cooperative movement. But as the two halves of his life come together, the realist in him discovers corruption could threaten his project.

“He has challenges and the challenges grow as the series progresses,” Bjørnlund teases. “His morals are going to get tested. The series shows what happens when you take yourself out of your environment and the moral set you’re used to having, in this case in Denmark, and then you move and you lose your moral compass and things start to slide.”

Filming took place in South Africa, and Nielsen reveals that the cast came to know each other intimately as a result of the close confines in which they found themselves during the production.

“We had a very small budget, so I know what kind of underwear Carsten uses,” she jokes. “We were standing on dirty rags somewhere in a field just getting changed. The pool we had to dive into had serious hygiene issues. It was as far from Hollywood as you could get, but it was also such a great experience. I got to work with these great Danish actors and we had such a great time. We froze out asses off sometimes [in the pool] and then we’d be sweating like crazy.”

For Asger, the biggest challenge was the time pressures he faced, with DR setting the show’s February launch before production started. “So we were under pressure all the time, which is very much like the usual showrunner style in the US,” he says. “For a miniseries, the whole thing has to be finished up front with a fixed date and that’s a little hairy. But a lot of the right decisions were made up front so we could take it and run with it. Because of the pressure, it could have gone wrong but hopefully we succeeded.”

Marcimain continues: “There was a lot of work to do because there are a lot of actors involved and strong wills. Also, it’s difficult to boil everything down – what do we choose? We even shot more than you see because there were more scenes in the script. You’re also under pressure because you have this amount of time to shoot it, this amount of time to edit. We had to make fast, intuitive decisions.”

But while the Nordic region is now known worldwide for a certain type of crime show, Liberty is as far from Nordic noir as you can get, both geographically and stylistically.

“Everybody in Scandinavia is continuing to develop [new series] and this is just one more step on a development scale,” Nielsen says. “It was extremely courageous of the producers to try to do something that is rather international and not just having the belief that people would want something that is Danish. They went completely away from that genre and I feel really proud to be a part of it.

“I also feel the fact we’re doing this is challenging Danish viewers to say Denmark is more than these fjords and cities and people. There are Danes around the world and they are doing incredible and interesting things and we should be watching them. We shouldn’t be turned inwards. There’s a big world out there.”