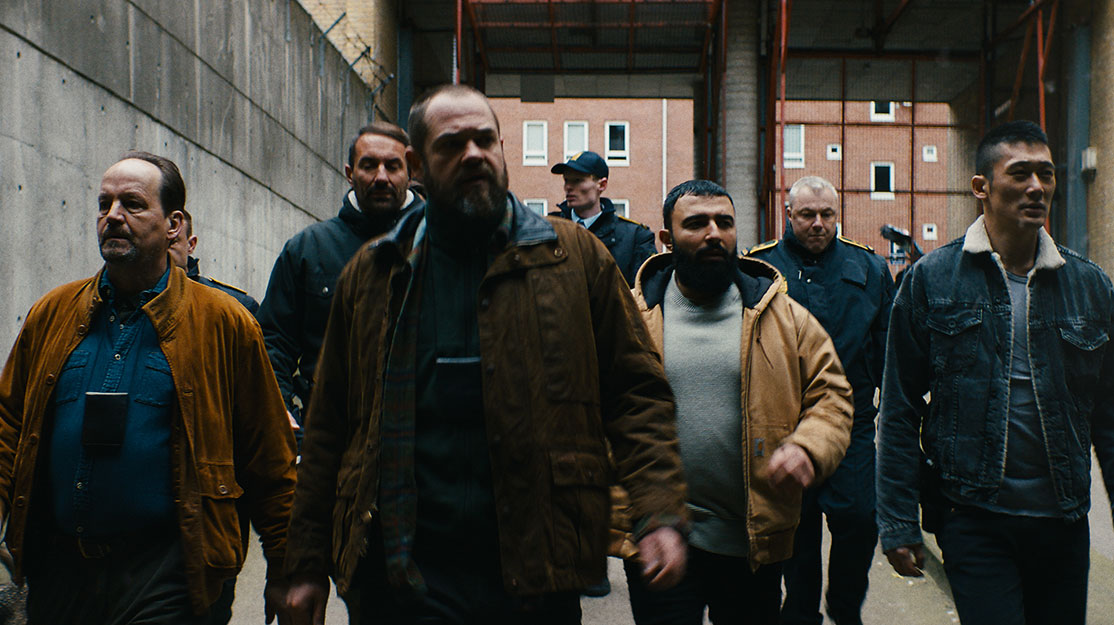 Bedrag (Follow the Money) III is the next chapter of the acclaimed TV series from prolific Danish broadcaster DR, set in the world of organised crime and money laundering. Creator and showrunner Jeppe Gjervig Gram (Borgen) explains how this new season, due to air this month, attempted to stay ahead of the headlines.

Over the past two seasons of Bedrag (Follow the Money), we have been chasing crooked CEOs in the corridors of power and lavish executive offices. Ever since the first season, however, I’ve dreamt of exploring a different world of financial crinminality: the money of organised crime.

Drug trafficking is a major global industry; a market that doesn’t go away, no matter how many laws the politicians pass or how hard the police crack down on pushers. As long as there are buyers, there’s money to be made. And since the market is illegal, all the money goes straight into the pockets of drug lords – criminal heavyweights who run a business where violence and murder are an everyday part of the equation.

Cannabis accounts for a huge part of the industry. Danish drug lords alone are estimated to generate yearly profits of more than a billion kroner (US$151.6m) from the drug. This lucrative market could not exist without widespread money laundering; without it, criminals would be unable to spend their dizzying profits. To this end, they are aided and abetted by an army of morally suspect accountants, attorneys, bankers, foreign-exchange companies and nominees who launder the money – from miserably paid Eastern European straw men right up to the heavyweights of the financial world.

The inspiration for the third season of Follow the Money came from the huge money-laundering scandal surrounding one of the world’s largest banks, HSBC, when it was discovered that the bank had failed to prevent the systematic laundering of billions of dollars of Mexican and Colombian drug cartel funds – and escaped with a fine that was essentially peanuts. But when we started meticulously exploring the Danish money-laundering cases back home, we realised the Danish banks had to be playing a far greater role than the public was aware of.

A little less than a year later, the news hit: the number-one Danish bank was being exposed as complicit in international money laundering – and we felt we were very much on the right track.

Then followed a string of police cases against foreign-exchange agencies. Accusations of money laundering were raised against another major Danish bank. And confrontations between armed gangs over drug territories erupted in a central Copenhagen district. The past six months’ writing has been a race against real-life events.

The new season of Follow the Money is both a continuation and something entirely new. We invite viewers into a whole new world, following the cannabis money trail through the city and out of the country. This means a more vibrant urban scene and fewer glamorous executive offices; more raw, urban districts and fewer well-to-do suburbs. The different environment sparked new energy – a vitality that we chose to incorporate in the visual style and narrative flow. If you want to follow street money, you have to follow the beat of the street.

As we embarked on our journey into this new world, we also realised we would have to be brave and let go of some of our beloved main characters, Mads (played by Thomas Bo Larsen) and Claudia (Natalie Madueño), simply because we felt their stories had reached their proper ending.

However, there were two other characters I felt we were far from done with: Nicky (Esben Smed) and Alf (Thomas Hwan). On the contrary, the third season is very much shaped by a strong desire to pit the two men against each other. The story about what happened to Nicky after he turned his back on his family, what happened to Alf after he was shot, and what happens when the friendless gangster and the insomniac policeman find themselves on a collision course in the midst of urban gang warfare.

In this next season, the two men are joined by a new female protagonist whose part has been a sheer delight to write. Conscientious and upstanding bank assistant Anna feels neglected both at work and at home but discovers a whole new side of herself when she starts money laundering for some of the city’s leading gangsters.