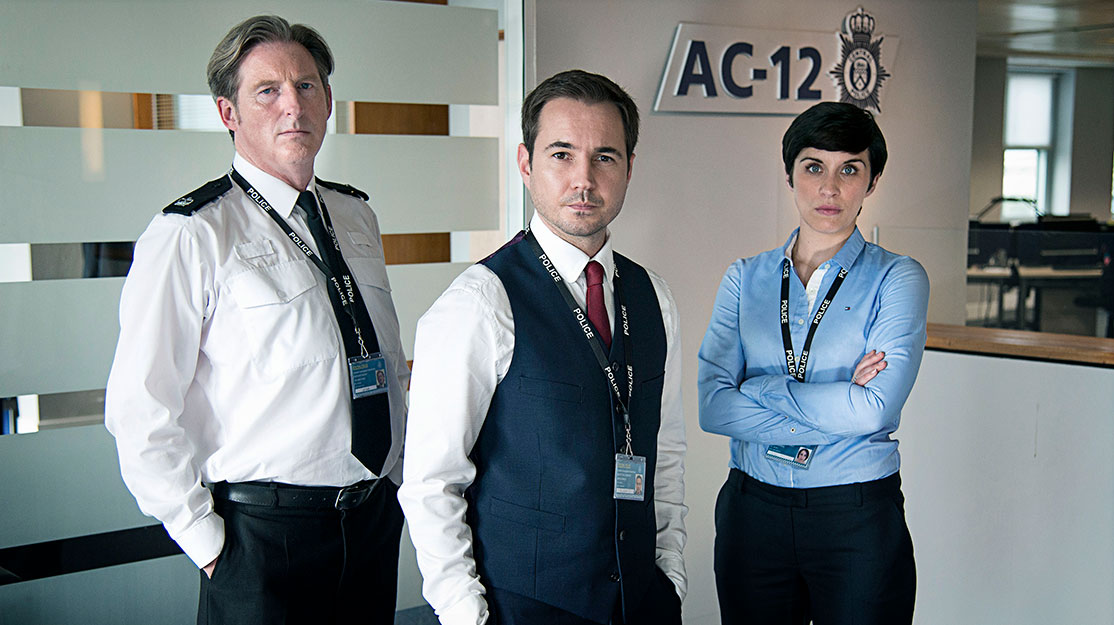 Line of Duty showrunner Jed Mercurio and actor Adrian Dunbar discuss making the hit BBC crime drama, which is set to return to screens for a fifth season in 2019.

Just like an ambitious cop has to work their way up the ranks of police hierarchy, British crime drama Line of Duty has earned its stripes in the world of television across four seasons.

The show, produced by ITV-backed World Productions and distributed by Kew Media, began on BBC2 in 2012 but moved to flagship channel BBC1 after proving popular among viewers. It was renewed for seasons five and six earlier this year and will return in 2019, with filming set to resume in Northern Ireland next month.

With its focus on corruption, Line of Duty stands apart from most police series, and writer Jed Mercurio says he has learnt a lot since initially sitting down to pen the first episode. Noting that he and World had been discussing a police series for some time before the idea of incorporating corruption came up, Mercurio says: “I would describe it as being a process; there wasn’t a point where it was something that just arrived. There was a big idea of it being serialised, an idea of having a guest lead, having the investigators return – all those things and more were part of the process.”

The show has come a long way since its inception and fans are eagerly awaiting the return of AC-12 – the anti-corruption unit at the drama’s centre – next year. With characters including Superintendent Ted Hastings, played by Adrian Dunbar, DS Kate Fleming (Vicky McLure) and DS Steve Arnott (Martin Compston), the drama has engrossed viewers while often throwing up complex moral dilemmas.

“The idea that the first so-called antagonist would be the first allegedly corrupt officer, DCI Tony Gates [Lennie James], meant that he was someone who had good and bad about him,” explains the writer. “He was in a moral grey area and then the same applied to the investigators, they weren’t holier-than-thou either.”

In addition to the presence of advisors on set, Mercurio’s research into the way police work has helped make the show as authentic as possible – and the writer admits he has made some eye-opening discoveries in the process:  “What tends to surprise is the slackness. In season four we had a sequence where a police officer tampered with evidence. I had assumed the evidence room had security cameras so coppers can’t fiddle with anything but, seriously, there are none because they are entitled to privacy.”

Dunbar’s Hastings, a fiery Northern Irishman with something of a cult following among the Line of Duty faithful, is one man who doesn’t get much privacy in the show, with endless heated scenes shot unfolding in the superintendent’s office. The actor clearly relishes playing his part: “It’s been a great trip because he is that character in the middle of it all, that person a lot of people are bouncing their understanding of what’s happening off of and it’s great to play that, it’s exciting.”

But after four seasons of wearing Hastings’ uniform, does Dunbar think his character has changed? “I think he’s become more of what he is,” he responds. “You get to a point where you realise that what audiences are interested in essentially is performance and also to see someone going through something because they’re going through something.”

And while many characters have met their end since the show’s launch, Dunbar isn’t worried about his own position in the next two seasons – suggesting there’s plenty more of Hastings for fans to enjoy for now.

Outside of the UK, Line of Duty has been sold to streamer Hulu but hasn’t quite taken off in the US as yet. The American way of making television has certainly helped its success in the UK, however, with Mercurio’s hands-on role keeping his interest high.

“I only direct a little bit, I’m more of a showrunner,” he says of his presence on set. “I’m an executive producer who is in creative charge of the production during the production, so I’m working with the directors, the cast and with the edit department and we’re having ongoing dialogue, which sometimes then feeds back to the production company and the broadcaster. That’s my customary role.”

With the show returning next year to the BBC, AC-12 will soon be hit with a host of new trials and tribulations. So as he goes back to a fresh page in hope of bringing more quality drama to the screen, has being involved with the show changed Mercurio’s view of the police in real life?

“No. Fundamentally, the evidence is exactly what we all know, which is that the vast majority of police officers are dedicated public servants who are in it for the right reasons,” he replies. “They want to protect the public and see justice but there is a very small proportion who are corrupt in different ways.”

As for whether Line of Duty will return beyond seasons five and six, Mercurio says he is grateful for the success thus far and that concentrating on the work will mean AC-12 can continue its investigations for many seasons to come.