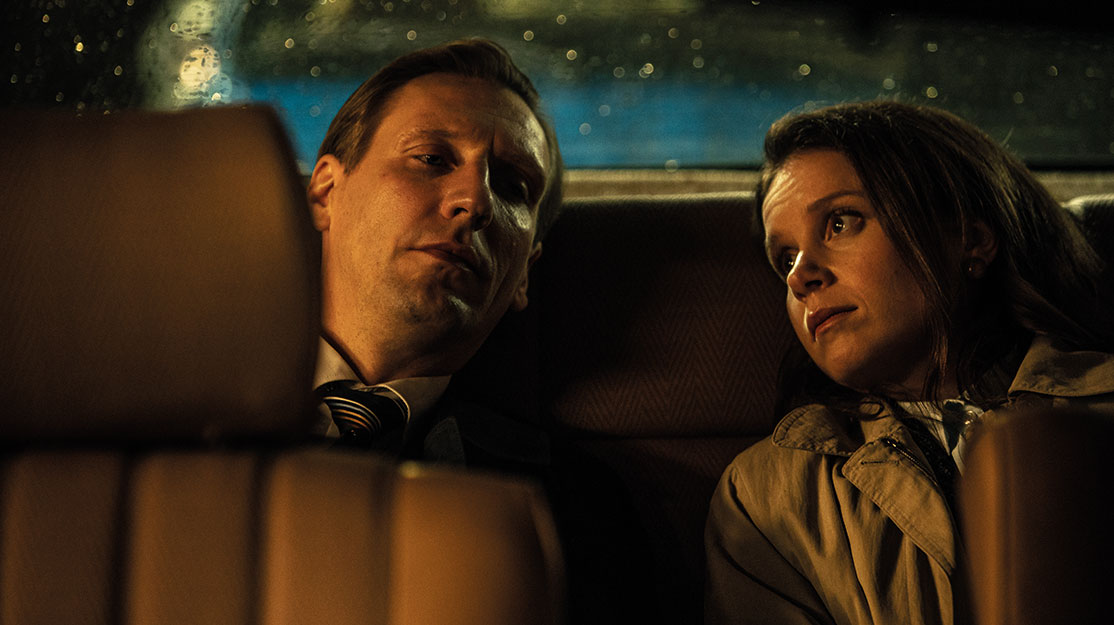 Moskito Television’s Mari Kinnunen and writer-director Matti Kinnunen preview upcoming Finnish financial thriller Rosvopankki (The Invincibles), which blends fact and fiction in a story about the country’s banking crisis in the early 1990s.

When writing a fictional drama, the real world can catch up with you fast. Just ask Mari Kinnunen, head of drama at Finland’s Moskito Television and producer of financial thriller Rosvopankki (The Invincibles). When she began developing the eight-part series with writer-director Matti Kinnunen (Cargo), an economic crisis was just a figment of her imagination.

“Now everybody’s talking about high interest rates, inflation and the next recession,” she tells DQ. “We feel now it’s very topical. We were not aiming to do that. The main motivation behind it was the fact the financial collapse we had in the early 1990s in Finland has not been tackled before, in literature, film or TV – and there are a lot of people still suffering from it. Now it feels like it was a good decision to do it.”

Due to be released on local streamer Elisa Viihde Viaplay in autumn this year, the series introduces idealistic young economist Salla Nurminen (played by Amanda Pilke) who gets a job at the Finnish Bank Inspectorate and decides to take on the country’s central savings bank, Skopbank, which she believes to be greedy. But Salla soon realises her assumptions are wrong, and as she gets to know Skopbank’s charismatic CEO Christopher Wegelius (Pekka Strang), she identifies with the small bank’s foolhardy fight against its big and unscrupulous commercial rivals.

Inspired by real events, The Invincibles focuses on themes of justice, human dignity and the might of money and power, asking what happens when greed gets out of control. Mari (who is not related to Matti) says: “When we think of that at a conceptual level, it’s an alternative interpretation of history, so we took the creative liberty to mix fictional things with real-life events. We’re looking forward to seeing how the audience reacts to that. We have characters [based on people] who are still alive who were really influential decision makers at that time, but we decided to make the protagonists mostly fictional.”

“One of our banker characters is a real person,” Matti says of Wegelius. “He’s still alive, we met him and he knows about his part in the story. But our main character, Salla, is fictional. So we go into real events with the fictional character.”

Mari was determined from the off that, despite revolving around banking, the show wouldn’t be “something boring and dull, like male bankers in their suits sitting in a negotiation room.” That led to Matti’s decision to create Salla, who viewers follow through the story, giving them a sense of the personal impact of the banking crisis when it affects Salla’s family.

“It gives a personal element where you can really identify with her. She’s making decisions that will also affect her own relatives,” Matti says. “When we start the story, our protagonist says, ‘This is not going to end well.’ We keep our promises.”

Mari adds: “It’s like a rollercoaster. It’s so unpredictable.”

Matti and Mari devised The Invincibles with Mikko Reitala, who wrote it alongside Matti. They used Wegelius’s diaries as a starting point for the story, among the other research they conducted for the true elements.

As a former student of economics, Matti’s interest in the subject was also vital during development. “It’s quite complicated, even if you just think of the plot and what happened, and what were the reasons and motivations behind the political decisions,” Mari says. “Matti did a tremendous job in the research.”

Matti picks up: “I don’t know if ‘fun’ is the right word [for the research], but I studied economics, and though I never worked in banking, I have many friends who in those years worked 24/7. There was also a lot of material from everybody’s personal background –relatives, friends, the cast. There was always somebody coming in saying, ‘I have a story to tell you.’”

“It affected so many people,” Mari adds. “There are people who have guaranteed loans in their own family and they are still paying the last instalments of those loans someone else took out. We had someone like that in the cast. They felt this was a project with purpose and meaning, and it was very close to many of us.”

The scriptwriting was key to making the series as exciting as Mari hoped. “No one wants to listen to economic or political jargon about what led to the events that happened. But Matti did very well,” she says. “He could make it personal, he could make it human. We didn’t want a documentary-style project. That would have been so boring. But how do you find the balance? It was a very conscious decision when we started to say, ‘Let’s not do that. Let’s not go to the men in suits and the decision making.’ We do have some of that, we need that, but less so to build the story.”

Elisa Viihde recognised the importance of a story about Finland’s financial crisis, which Mari says is now far enough in the past to be viewed through a dramatic lens. Initially, her pitch was a family story set against the backdrop of the rise and fall of Skopbank and Wegelius. Then Matti came on board and created the family at the centre of the story, led by Salla.

“Elisa financed us early because they knew this was very important and a story that must be told,” Mari says. “A lot of people were struck by that financial collapse, but you cannot find a novel or a film about it. You need a certain distance [from it]. Now it’s been 30 years, you can dig into it. It’s a bit like a war or a natural disaster.”

After co-writing the series, which is distributed by Fremantle, Matti knew he would also be taking on sole directing duties – though he says moving from writing to directing is simply “like changing your jacket.”

When it came to laying down the show’s visual style, he didn’t want to adopt any of the obvious aesthetics associated with the 1990s. “The audience should feel like this is something that is going on right now,” he says. “It doesn’t take place somewhere in the 80s or 90s; it’s a modern story. I wanted the audience to feel like it’s timeless.”

Filming took place largely in Tallinn, Estonia, with just a handful of days spent on location in the Finnish capital, Helsinki. The factual and fictional elements were given separate visual styles, with scenes related to real events shot with a Steadicam while fictional characters were captured with handheld cameras.

The shoot was “really fun – it was one of the best experiences in my whole career,” says Matti, who praises the show’s Estonian crew.

However, speaking to DQ at French television festival Série Series, he admits the success of The Invincibles rests on whether he and his team have succeeded in creating interesting characters that viewers will care about and want to watch. Front and centre is Salla, in a story that forces her to make compromises in a world where decisions are never black and white.

“She’s very idealistic and she really wants to make the right decisions, and then she has to save her soul at some point in the story,” Matti says. “The main theme of the whole show is idealism, and whether you can have it and keep it. It’s a battle between this idealism and greed and money.”