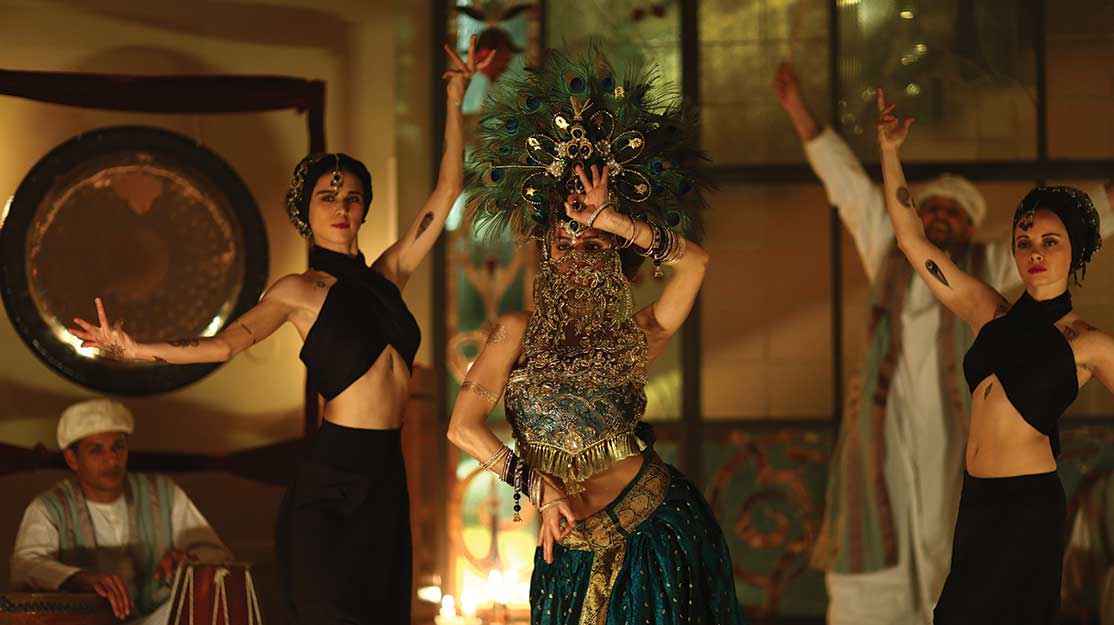 1. To her audiences, Mata Hari was a renowned performer and exotic dancer. To her wealthy lovers she was a charming yet mysterious seductress. And to both the German and French intelligence services, she was an invaluable and trustworthy informant who was exposed as a double agent during the First World War and ultimately executed by firing squad. But few saw Margaret Zelle, the real woman behind the legend of Mata Hari, which is what this series brings to light.

2. The 12-part show is based on the real-life story of Margaret Zelle. Born of humble beginnings, Margaret escapes personal family tragedy and a loveless marriage to become the most controversial woman of her time. But for all her fame and wealth, she cannot forget the daughter that was taken away from her. Desperate to be reunited with her child, Margaret seeks to win favour with anyone powerful enough to help her – by using her mind, her information or her body. But as the world descends towards war, and as the stakes get higher than she could ever have imagined, Margaret is no longer sure which side she is on. In a way, her life becomes a performance from which she cannot seem to escape.

4. A number of locations were used for the production. Filming of the first and third blocks took place in Portugal. Lisbon and its vicinity, plus Porto and Sintra, were used to shoot the European architecture of the late 19th and early 20th centuries. The second block was filmed in Russia and Ukraine, where we depicted military and battle scenes of the First World War and covered the life and career of Mata Hari’s Russian lover, the foreign intelligence officer Vladimir Maslov. Large-scale sets of early 20th century Parisian streets were built at the studios of the producer, Moscow’s Star Media, and the final dub and sound design were completed in LA.

5. The costumes were created by designer Xenia Mavrina, who tailored each of the main characters’ outfits. Not only did the costume team have to make clothes for the socialites and the nobles of the time, they also had to search for authentic military uniforms. The ladies’ fashion of the period was for full-length skirts (without crinolines, metal inserts or hoops), always matched with gloves, a hand purse and a hat. Bare female ankles were considered the height of eroticism. For the male costumes it was wide, straight trousers, jackets and shallow V-necks with stand-up collars. Ties were just coming into fashion, so most men were still wearing neckerchiefs, always wore a hat and would usually be carrying something in their hands such as a cane.

6. Mata Hari was filmed entirely in English. It is the first time Channel One in Russia has commissioned an English-language series, which will then be dubbed into Russian for its local audience.

7. Red Arrow International is distributing the series and has already received strong interest from broadcasters around the world. Star Media and their partners – Channel One Russia and Inter Ukraine – have done a great job to bring together a multinational creative team led by directors Berry and Berg, and a prestigious cast of international actors.