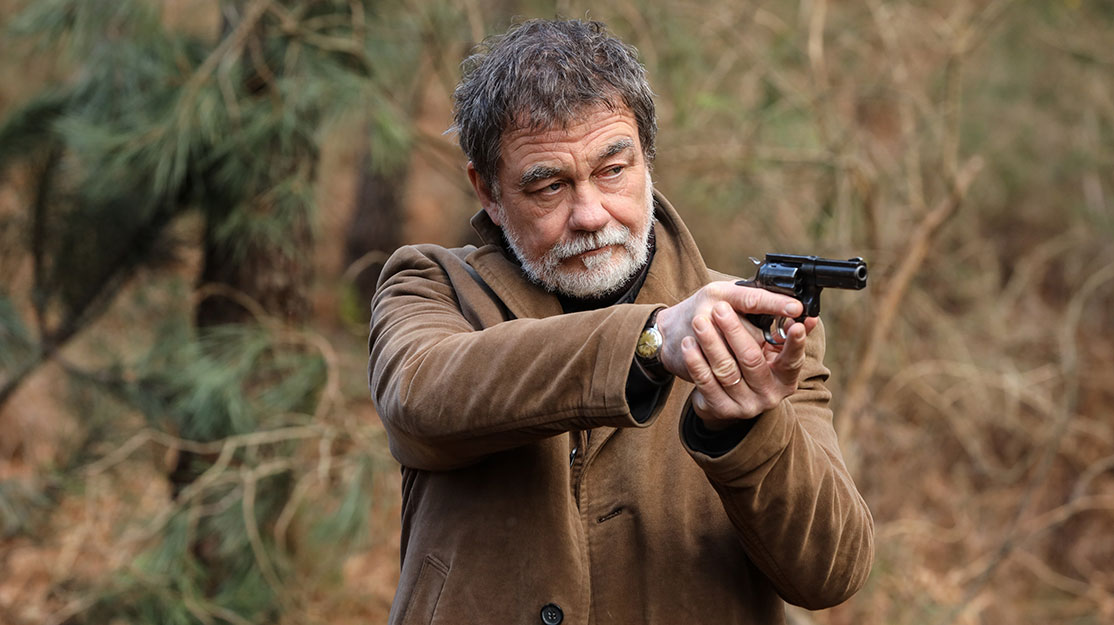 French star Olivier Marchal talks about his journey from police officer to actor, writer and director, having worked on shows including Braquo, Elite Squad and recent French drama hit La Promesse (The Promise).

For more than 30 years, France’s Oliver Marchal has been synonymous with film and TV crime dramas, from Quai No1 and Les Rivières Pourers to Police District and Elite Squad.

Perhaps, then, it’s no surprise to learn that Marchal is a former police officer, who once worked in anti-terrorism before turning his hand to starring, writing and directing in stories that often explore the dark and grittier side of law enforcement.

Arguably his biggest series is Braquo, which he created for broadcaster Canal+ and which first aired in 2009. It followed four police officers working in Paris whose lives are torn apart when their colleague is accused of corruption and subsequently commits suicide. They then decide to do whatever it takes, even if it means breaking the law, to clear their friend’s name – a move that brings them under scrutiny from the internal affairs department.

More recently, he played a police officer in La Promesse (The Promise), in which his character leads the search for an 11-year-old girl who vanishes without a trace.

A guest of honour at French television festival Series Mania earlier this year, Marchal spoke to DQ about his career and how new streaming platforms are changing the landscape for both film and TV.

After 30 years in the business, how do you see yourself – as an actor, writer or director?
Let’s just say I’m playing. I’ve done different jobs and I feel very lucky and grateful for that. We’re lucky today to have different platforms where I can take my work. Unfortunately, theatrical cinema isn’t working so well. I’m preparing a movie for Amazon and a series for Netflix, so I don’t see a difference between cinema and television. We have the chance to grow on platforms because there is room for creativity.
I have been in films and a lot of series, but I don’t see the difference. For me, it is the subject that makes the difference [as to whether I join a project]. What I like about series is they forbid us to think. When I shoot a series as a director, you don’t have time to think because you have to go so fast, which allows us to be bold. We have no time to think, which allows us to be more ambitious.

As a former police officer, why were you drawn to the crime genre in your screen work?
I wanted to defend a certain image of the police. It’s true that at the beginning of my career, I sold myself like this to differentiate myself from others. Afterwards, it became a genre I’m particularly fond of. It’s Shakespearean, it’s a tragedy – a Shakespearean tragedy.

What were the origins of Braquo?
At first, it was a movie idea. But then I realised there was so much to deal with, so we decided to make a series out of it. I lost two buddies who committed suicide because they had gone to the dark side, and that was something I wanted to show. I wanted to talk about them – it’s an homage to my two friends. I wanted to speak about that aspect of policing and how it’s difficult to continue to be a good cop.

You directed episodes of Braquo and Section Zéro. Do you plan to do more?
I like directing because it allows me to be a lot of different people, like a psychologist and a CEO. It’s interesting.

What are the challenges you face making new projects?
I have a lot of different ideas for content, such as a big film set during the First World War, but it is very expensive to produce this type of project. With streaming, you can export different projects more easily. But budgets are a problem.

What lessons from your career would you pass on?
I can say nothing except to remain humble. As an actor, I know that as you get more experience, you know what it takes. I’m not saying that what we do is good, but we know what not to do. When you are an actor, when you grow up, it’s easier to be better; it’s easier to grow.