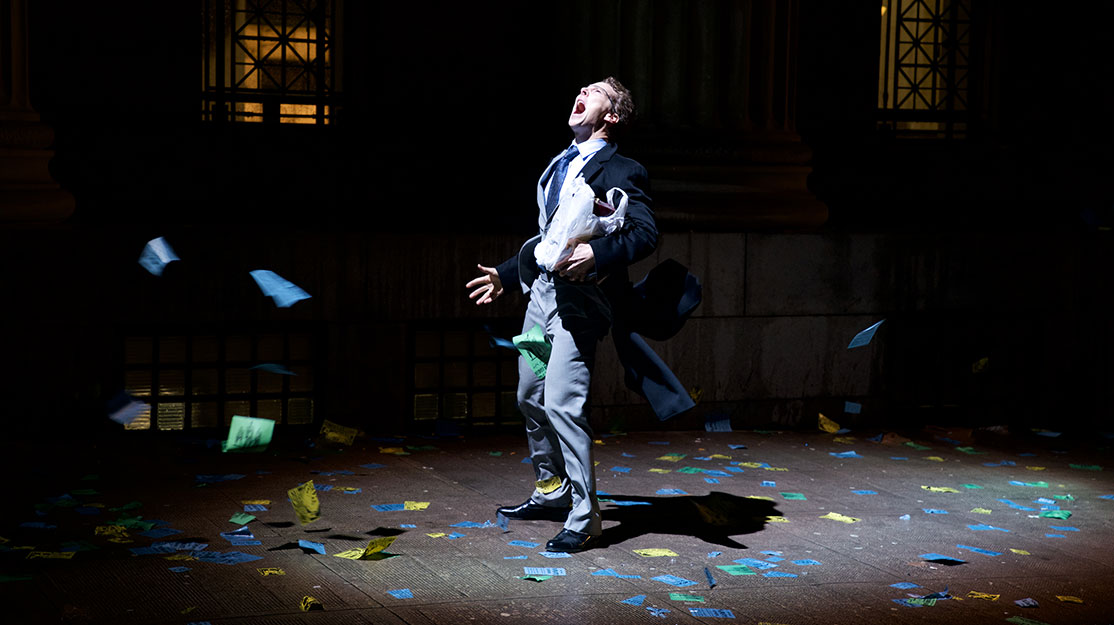 Also among them is David Nicholls, the author of novels including One Day and Starter for 10 – and the screenwriter who adapted both for the cinema. “I’ve loved Edward St Aubyn’s Patrick Melrose novels. Read them all, now,” he says.

Nicholls is likely demanding people watch them, too, now that he has adapted St Aubyn’s semi-autobiographical books into a five-part limited series for Sky Atlantic in the UK and US premium cable network Showtime.

The sweeping saga follows Melrose from the South of France in the 1960s to 1980s New York and Britain in the early 2000s, while each episode focuses on one of St Aubyn’s five novels, skewering the upper class as it tracks the protagonist’s journey from deeply traumatic childhood to his drug addiction and ultimate recovery.

The journey to bring Patrick Melrose to the screen began five years ago when executive producers Michael Jackson and Rachael Horovitz snagged the rights to St Aubyn’s novels. Jackson, a former Channel 4 and BBC executive, describes the books as a “very compelling, human saga” with a “sense of sweep of narrative that appealed from a television perspective.”

There was a fair amount of untangling for Nicholls to do during the writing process, however, as he tackled St Aubyn’s literary prose, the protagonist’s internal thoughts, flashbacks and other structural devices contained within the novels.

“He’s a very skilful adapter and a novelist himself and loved the books, so it wasn’t a hard decision,” Jackson says on bringing Nicholls to the project.

For his part, Nicholls admits he jumbled the source material, most notably by starting the series with the second book, Bad News, in which Melrose embarks on a crazed and drug-riddled visit to New York to collect his father’s ashes. Stories and characters were also transplanted and conflated into different episodes to ensure continuity through the series.

“There was a certain amount of manipulation of the material to give the impression that this was conceived as a saga,” Nicholls says. “The novels weren’t written with the expectation of there being five over 20 years. That came to Edward as he was writing them. So, as you work on them retrospectively, you wonder if we can introduce Mary, his wife, in the third episode so she doesn’t appear out of nowhere in the fourth, and maybe this other character who isn’t in the first episode ought to be.

“There’s a certain amount of retrospective reorganisation and I couldn’t really set about that until I had all five books in my head. Literally for years, I would walk around London listening to the audio books over and over again until I had a map of the whole five volumes and five episodes in my head. That seemed like the only way to do it.”

The original idea had been to create two 90-minute films based on the first two books, and it was quite late into development when the decision was made to adapt all five as individual hour-long episodes. Patrick Melrose is produced by Two Cities Television, SunnyMarch and Little Island Productions and distributed by Sky Vision.

“It was a challenge and quite a puzzle so, in that sense, it was a monster,” Nicholls notes. “It was a much more demanding adaptation than anything I’ve ever done. But after a while, a shape started to appear and a sense that actually it was important to treat the five books as a whole, rather than treat them as five very separate episodes, and to forge links between them rather than separate them out.”

One particular challenge was externalising Melrose’s inner thoughts, of which there are many throughout St Aubyn’s texts. A date from hell between Melrose and Marianne (Williams), in the episode Bad News, doesn’t have a single line of dialogue for Marianne in the book, so Nicholls had the “slightly nerve-racking business” of writing it in the voice of the original author.

Each of the five films, as well as being drawn from a different book, also represent Patrick’s state of mind at that particular point in the story, with different settings, visual styles and even camera techniques used to define each individual episode.

“Episode three is an ensemble, epic, huge piece and number four is a much more intense, claustrophobic family drama, and five is a rather melancholic memory piece,” Nicholls explains. “Each one has a completely different quality and, at the same time, you want to feel this is the same character. There’s also a satisfaction in watching not just Patrick but all the other characters change as the years go by.”

Taking charge behind the camera is Edward Berger (Deutschland 83, The Terror), who told exec producers Jackson, Horovitz and Cumberbatch that he had imagined making five different films before he was officially brought on board.

“When I read the scripts, they all felt very different,” he says. “The first one was very subjective and anchored in Patrick’s head, running around New York with him. On set in Glasgow, I was really with Benedict, always behind him with the camera and very much trying to emulate the subjectivity of being this crazy heroin addict in the 80s in New York. Episode two, when I read it, felt, instead of subjective, objective – as if Patrick had stepped back and looked at this psychologically strange arrangement of his family, looking at it from the outside rather than inside, so we just stepped back with the camera. It’s much more static than the first one, much more composed. It’s much more distant, just looking at it as a psychological experiment, almost like a [Michael] Haneke movie.

“The third one is like Patrick has moved on. He’s trying to get sober, he’s trying to get clean. We felt it should still be very subjective but more together, more fluid, so we changed from this very handheld style to a very fluid steadicam, five-minute-take style where we just roam around this party and stay much longer on one shot.

“I thought maybe at the end of the series, it feels like a step towards normalcy in Patrick Melrose’s life, so let’s just try to make it more normal and not so frantic. Every film jumps to a very specific moment in Patrick’s life, so it also needs a very specific language according to that moment.”

Berger joined the production in March 2017 and went straight into meetings with Nicholls to discuss the script before beginning casting alongside Nina Gold. But what excited the director most about the project was the very fact he had no idea how he would do it.

“The potential of failure is always there – you think, ‘I might really fuck this up. This might be really terrible if done badly,’” he says. “I find that interesting, I find that challenging. You have to rise to the occasion and work hard. As soon as you feel you know how to do it and know how it works, I think it’s time to change jobs and do something different, because then it gets quite boring.

“Fantastic characters and great scripts have to be there, of course, and Patrick Melrose is something I wanted to do because the potential to not live up to the books was just immense. My love of the books is so big that I really wanted to see if I could do something that brought back the feeling I had when I first read it.”

Cumberbatch, who also executive produces, shares the creative team’s love of St Aubyn’s books, and Jackson was immediately impressed by the actor’s understanding of the central character. “You could tell right from the very first conversation he would be perfect in the role,” he says. “I don’t think there could have been an actor as good as Benedict in the role. He was perfectly cast.”

The exec highlights Cumberbatch’s subtle ability to move between tragedy and sadness, which he describes as “amazing to behold.”

“We were in awe of it during filming,” he continues. “Just his ability, particularly in the first episode, Bad News, when he’s undergoing the fractured personalities of the heroin addict and speaking in all the different voices. His ability to hold the jigsaw puzzle of the character together is remarkable.”

Berger describes Cumberbatch as “a very intuitive actor” who imagined five or six different versions of a scene and how he might play it. That meant on set, the pair would work through different ways of playing Melrose, before settling on how they wanted to take the character forward. “He likes to experiment a lot, play a lot, and my task is almost to help find that voice and give him the platform to try out what he wants to do and then talk to him about it,” the director says. “It’s not like Benedict comes on set, does three takes and says, ‘Great, let’s move on.’ No, he can do 12 different versions, and trying to find the right one is not easy for me or for him. So finding it together is the most important thing you can do.”

Nicholls echoes Jackson’s comments of their leading man: “It’s really committed performance. That was the thing that struck me, because he really went for it and did all the research. He was respectful of the scripts but drew on the books and was also very attentive to every single detail. He’s not in the second episode very much, but in the rest of the show he’s barely off screen. It was absolutely exhausting but he was entirely committed to it throughout. The whole range of his performance is really stunning.”

Cumberbatch lifts the sharp humour and satire in Nicholls’ scripts off the page while also portraying an emotionally fragile man who is trying to shed the spite and anger he has carried from childhood.

“What’s fascinating to me is the scripts are very faithful [to St Aubyn’s story] but when you put humans on screen and actors put a face or expression to a line of dialogue, they can’t help but make it more emotional,” Nicholls concludes. “That’s what’s been striking for me. The drama on screen is quite moving; it is harrowing in places; but it’s also tackling and emotional. So I’m pleased with it. We’ve brought out that quality without sentimentalising it.”