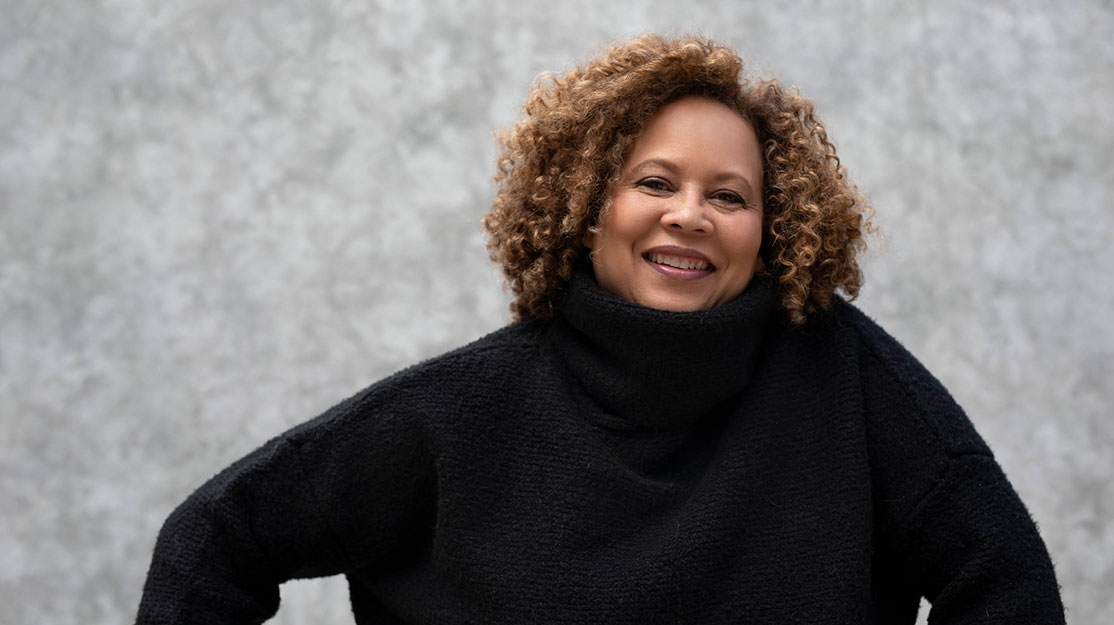 Making it in Hollywood

Kelly Edwards, a former television executive turned writer, looks back on her experiences on both sides of the business to offer some advice to aspiring screenwriters.

From network executive to writer and producer, Kelly Edwards has decades of experience on both sides of the TV business.

Beginning in the world of feature films, Edwards worked with creatives such as Garry Marshall and Laura Ziskin, and then in the early 1990s worked for Fox, where she developed series such as Living Single, Clueless and The Wild Thornberrys. She later landed at UPN, heading the comedy division and working on projects such as Girlfriends, The Parkers and Malcolm in the Middle.

Then in the last few years, she crossed the divide to become a full-time writer. Most notably, Edwards has been working on Our Kind of People, a Fox series set in Oak Bluffs, Massachusetts, where single mother Angela Vaughn discovers a dark secret about her own mother’s past that will turn her world upside-down.

She has also written a book, The Executive Chair: A Writer’s Guide to TV Development, in which she reveals what really goes on behind the doors of television’s most powerful players.

Here, Edwards discusses moving from executive to writer, the most significant changes she’s seen in the business and why writers just have to write.

How have you found moving from a position as a network executive to writing for a show?
It’s glorious and it’s frustrating all at the same time. When you’re writing and you have another day job, you’re trying to fit your writing into the little nooks and crannies of your schedule. I was always getting up at 04.30 and writing until 08.00 when my family woke up, and that was the only quiet time I had. Now I can get up whenever I want. I’m still working just as hard but I’m doing it and enjoying the characters I’m writing and working on whatever the story issues are, and it’s just a different kind of enjoyment. I loved my job before. It was really great because I was helping people realise their dreams, but now I really get to spend a lot of time focusing on me. It’s been a revolution.

How do you look back on the way you worked with writers as an executive?
I had a lot of that insight into it [writing] when I was producing. I had become a much more compassionate listener and a much better advocate. We were dealing with coming up with a great pitch, really working it and then taking it into a network or studio. Then when you get those passes, you have to rework it, you have to figure out why it didn’t sell and how to do it better.
I knew at the time that writers are very fragile people. Your job as a writer is to lay your soul bare for other people to criticise and stomp all over. When you’re a buyer at a network and someone comes in to pitch, you have to remember that person has spent a lot of time working on that pitch. And if that pitch is terrible, then they still worked just as hard on it as if the best pitch in the world came in. Being compassionate about that was something I learned early on.
Being on the other side of it where you’re doing the actual work, I do feel like writing is just a giant puzzle and you’re trying to make the right pieces fit. It takes a lot of work mentally and emotionally to do something you’re proud to put your name on, and you only have so many emotional hours in a day before you completely fall apart.

How do you think the business is changing and what opportunities are there for new and diverse voices?
The exciting part of the business is people are looking for content everywhere. It’s a really good time to either make your content or get it out there. People are writing more books, graphic novels, making short films and putting up their plays to create IP. There are a lot of other ways [to create a show] other than the traditional, ‘Hey, I’m going to write a script and then send it to someone.’ Just do it. Get out there and do it. Be the next Michaela Coel [I May Destroy You] of your group. There’s a lot of opportunity – you have to be open to finding it.
This business, I liken it to quicksand. The sand is shifting underneath your feet at all times, so it’s really challenging to know where it’s going and who is doing what. I don’t think anybody’s figured it out yet. Now with the streamers, it’s like someone’s thrown all the marbles up in the air. We just don’t know where they’re all going to land. It’s going to be really exciting to see what sticks around and what doesn’t and who are the winners. We cut the [cable] cord a couple of years ago and I feel like I’m now probably spending the same, if not more, money on individual things than I did when I was paying $160 for my DirectTV.

How important is IP when pitching an idea for a new series?
There’s obviously a trend towards IP. We’ve seen that for quite a while now. It is a lot harder than it was before to just go out with a good idea. Packaging [with actors already attached, for example] is making a difference. There are particular streamers that are very star-driven.
If you think about some of the IP that’s been made into shows lately, such as The Queen’s Gambit or The Handmaid’s Tale, they were books from the 80s that nobody was really looking for. All of a sudden, they became something spectacular and became very relevant. I feel like if you want to do a twist on something in the public domain that people haven’t heard of before, there are ways to create shows around existing IP or to get IP that maybe can just find new, fresh life.
This is also the day and age where you can write a book and go sell it on Amazon, and that’s IP. Look at the commercial that became Ted Lasso. I do think that we can come at it from a lot of different places and find different entry points. You just have to be open to it. You have to be really clever about it and not take one road and just decide, ‘Oh, well, they didn’t buy it that way. I’m just going to go home.’

What’s the most significant change you’ve seen in the industry?
The thing I think is the most significant is with broadcast television. [Viewers] showed up once a week and they had to. The shows had to be spectacular enough or were hammocked between other great tentpole shows so that you would show up every week.
But it was a very episodic world. Now we’re getting more into the streamers, and you need to figure out how to get somebody to binge. How do we get them to binge beyond three episodes to finish out the eight episodes? That’s their mark for success. They’re looking at a lot of different markers, and each one of those markers is probably different for each show. How do you keep that serialised nature of that television show to the point where I need you to click and keep clicking? Almost everything now has a cliffhanger.
That’s the biggest significant difference that I’ve seen, which is very, very challenging to come up with when you’re the writer.

What are you watching now?
I watch everything. The Sex & the City sequel And Just Like That, that’s one of the few reboots that has done really well. I try to see as much as I can. I just binged the entire season of Reacher. Obviously, Ted Lasso – there’s a lot of good stuff on Apple TV+ right now that I was not expecting that I’m really enjoying. The Afterparty seems really cool; I’ve been watching that. They did a really good job with reboot of The Equalizer. I’ve been watching as much as humanly possible because I want to make sure I’m in the conversation and I’m not showing up someplace and not having watched something great.

How has the Covid pandemic changed the business going forward?
We saw during Covid how important the entertainment business was, how much it connects us, how much it helps us through some of the difficult times and how much we desperately need entertainment. The entertainment industry does not exist without people making that content, without somebody coming from some random place and creating something. People aren’t always born in Hollywood, and now that we’re in a virtual world, there’s really much more of an opportunity to make those inroads.
For those of us who are desperate to let that creativity out of our psyche and into the universe, it’s going to happen no matter what; we’re going to do it some sort of way. We need more brilliant people, interesting thinkers and emotion that carries and connects us, and we only get that if more people come to the party.
We all have these dreams of winning that Oscar or Emmy. That’s really not the most important part. It’s about whether you have this thing that needs to get out of you and how you’re going to get it out. I’ve seen so many Cinderella stories, where you go, ‘This is the most unlikely person who is going to make it or get a show on the air.’ My parents were dentists, we didn’t have any connections to the entertainment business. If I can do it, anybody can do it. It takes a little bit of guts, a little bit of insanity and all of your free time but, one way or another, we’re going to write or create. You might as well get paid for it.

tagged in: Kelly Edwards, Our Kind of People