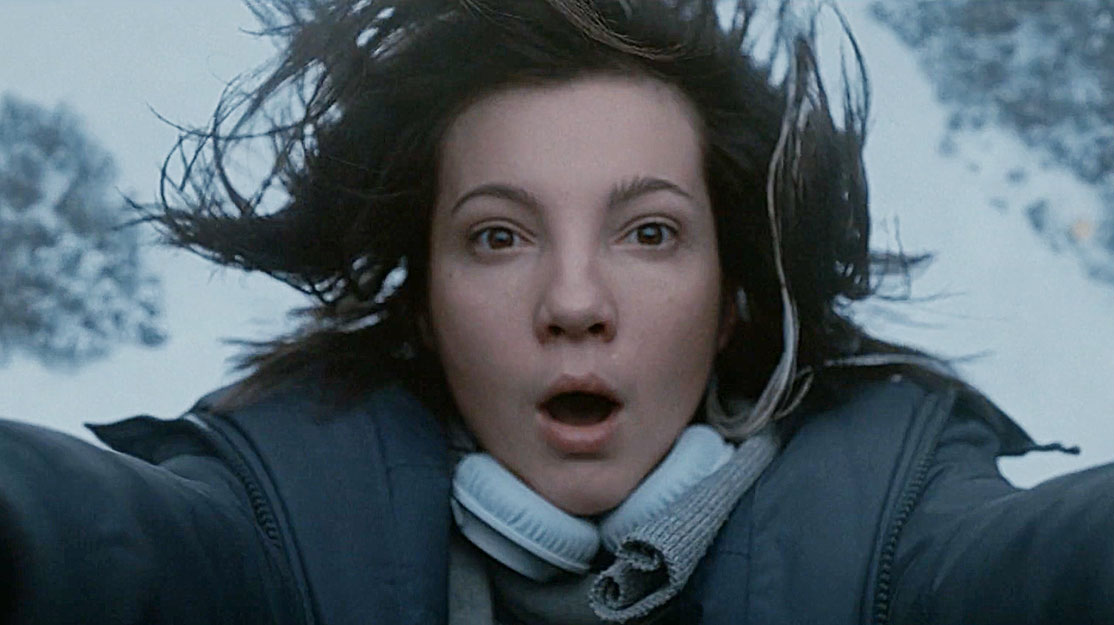 In a small town in northern Russia, a teenager spends her days at school, where she is bullied and treated as an outsider, and her evenings fighting with her stepmother at home. But Alice knows she is different – she experiences prophetic nightmares that leave her suffering from insomnia and panic attacks.

Alice and her best friend Vika decide to skip town and leave their troubles behind them. But when Vika is murdered, Alice decides to find the killer and is visited by her best friend in her dreams, leading her deeper into the mystery behind the murder and the town’s long-kept secrets.

A haunting blend of psychological and supernatural thriller, Dreams of Alice comes from creator Anastasia Volkova and stars Alina Gvasaliya, Aleksey Rozin and Ekaterina Vilkova. 1-2-3 Production produces and distributes the eight-part series, which was commissioned by local broadcaster TV3 and was the only Russia project selected for this year’s Berlinale Series Market screenings programme during the recent Berlin International Film Festival.

Here, Volkova and producers Valeriy Fedorovich and Evgeniy Nikishov tell DQ about how the series was conceived, filming in the northern Russian town of Kostomuksha and the drama’s magical realism style that blurs the boundaries between fantasy and reality.

How do we first meet Alice?
Volkova: Alice has been suffering from insomnia for a long time, and when she does fall asleep, she enters a strange world of dreams where she sees the future. With every passing day, she finds it harder to distinguish dreams from reality and she is on the edge of a nervous breakdown.
Her beloved father died a few years back, leaving her alone with her mother, who doesn’t understand her problems and is cold to her. At school, Alice is an outcast: her classmates think she’s mad. She might have lost her mind a long time ago if not for her only friend, Vika, who believes in Alice’s ability to see the future in her dreams. The two friends want to run away from their problems. Alice believes that being in a different place will change everything.

How do we follow Alice through the story?
Volkova: Dreams of Alice is, first and foremost, a story about a mother and daughter, about how Alice grows up and grows apart from her mother. As the story unfolds, she learns the secret surrounding her birth and comes to accept the magical power she finds inside herself.

Why is the town’s rocket launch base important to the story?
Volkova: The cosmodrome is a symbol of Alice’s home town, a dark place in Russia’s north where the sun comes out for only a couple hours a day. The locals believe the area is cursed: they think there are holes in the ozone layer above them and that they’ve all been exposed to radiation. The significance of the rocket launches is a mystery for most of the series, but all becomes clear in the season finale, when the town’s central secret is revealed.

What are the origins of the story?
Volkova: I wrote the pilot episode in 2014 when I was at film school. I wanted to delve into my own personal experience, drawing on my move away from a little northern town as a teenager, my relationship with my mother, my struggle with insomnia and my response to the murder of a friend of mine.
Where I was born, there’s a belief that, a long time ago, everyone who was accused of witchcraft was exiled to the north of Russia and the descendants of those witches still live among us. Growing up, I would hear stories about the witches who lived in our region, so I decided to base the plot of Dreams of Alice on this myth. That was how the story of an enchanted town and a girl who tries to flee it came to be.

What is your writing process?
Volkova: Writing Dreams of Alice was a unique experience. It’s a dark story and I really lost myself in it. I tended to write at night and would always listen to folk songs before I started, since the story is rooted in rural Russia, its myths and our ancestors. I needed to really immerse myself in the enchanted town where Alice lives.

How did you cast Alina Gvasaliya as Alice?
Volkova: Back in film school, I had to present my coursework, including Dreams of Alice, and I decided to shoot a short teaser for my presentation. I started looking for an actress to play Alice and almost immediately came across a photo of Alina. I knew straightaway she was Alice.
I shot that teaser with her, successfully presented the project at film school and then put it aside. Five years later, when the pilot was in pre-production, we started casting for the lead role. We auditioned a lot of girls but, for a long time, we couldn’t find our Alice. After a few months of casting, I remembered Alina. She auditioned and the producers said yes straightaway. It was almost mystical, as if the role had been waiting for her those five years.

How did you work with director Andrey Dzhunkovskiy?
Volkova: I started off talking to directors who specialise in fantasy and horror, but I didn’t find anyone. I then rang Andrey, told him about Dreams of Alice and offered him the first episode to read. I would write episodes and then we’d have joint meetings with the director, cinematographer and producers where we’d discuss those episodes and make changes.
Andrey’s a real professional. He’s extremely respectful of the text and has a subtle understanding of the story, which I think is very important for this particular series. Andrey, the actors and I would read the scripts together and discuss each character, taking particular scenes apart and thinking about the locations and characters’ mental states. We really delved deep into the story.

Filming took place in Kostomuksha. Why was this location chosen and how does the environment shape the story?
Volkova: We spent a long time discussing which northern town would work best for filming. The story describes a specific place in the Arkhangelsk region, the town of Plesetsk, where rockets are launched, but it wasn’t suitable for filming. I remember us going over photos of every town in Russia’s north. Kostomuksha was one of them, and the cinematographer and director decided that it would work best. To me, Kostomuksha lends the story a fairytale feel – you can imagine some terrifying magic at work there.

What were the biggest challenges you faced?
Volkova: The main problem I faced was my own life story, which I was writing into the text. At that point, there were some things I still hadn’t properly processed and I couldn’t get the distance I needed, which was stopping me seeing the story more clearly. Another tricky thing was that I was writing the rest of the season at the same time as production was happening. I know now that those were my mistakes and I have changed how I work in response.

Dreams of Alice was one of the series selected for Berlinale this year. What makes the show stand out?
Fedorovich: Dreams of Alice is a mix of magic and mysteries. It involves a space station and a high-school girl who rebels against a world that doesn’t want to accept her as she is. Sometimes you read a script and you can immediately tell the author has written it from personal experiences, where she describes things she has personally battled with and lived through. I always find such plots extremely interesting. When we first sat down to discuss Dreams of Alice, it was clear that Anastasia had really put a lot of herself into the plot and, for me, that always makes a story feel alive and real.
Nikishov: In recent years, we’ve seen increasing interest in adolescent psychology and how teenagers perceive the world around them. Although we’ve had teenage dramas that make you laugh and cry, Dreams of Alice is something quite different: it’s a surreal journey inside the mind of a teenager, a murder mystery and a story about a teenage heroine who is trying to find herself, all wrapped up into one.

How is Russian drama evolving on the small screen?
Fedorovich: Russian production companies have been investing in high-quality series for some time now. TV series even occasionally have budgets to rival feature films. We’re seeing bold new plots that live in the moment and audiences enjoy following them. Digital platforms also have to differentiate themselves and define themselves against traditional TV, and this allows writers to tell their stories without having to avoid certain topics or ways of expressing themselves. The last year has shown us that Russia is experiencing a boom in high-quality content that can cross borders.
Nikishov: In 2020, 1-2-3 Productions released 10 projects, some of which were immediately snapped up by the international market, including Dead Mountain: The Dyatlov Pass Incident, To the Lake and Six Empty Seats. The world has discovered Russian TV series and demand for them is growing with every passing year. For us, as Russian content producers, this is both an incredible opportunity to have our voices heard and a challenge that we embrace.

Do you have plans for a second season? What are you working on next?
Volkova: When I first came up with this story in 2014, I knew straightaway this first season was only the start of Alice’s journey. I also knew I’d need three seasons to tell Alice’s whole story. I had a sense of what each season might be about and how it would end. Right now, though, I’m not working on the second season.
My current plan is to finish off two stories that have been waiting their turn for years. One of them is a TV series based on rural Russian folklore and my grandmother’s tales of the spirits who live among us. There’s also a feature-length fantasy film about a girl who is born without a heart and sets off on a journey to find it. I hope they’ll both see the light of day.