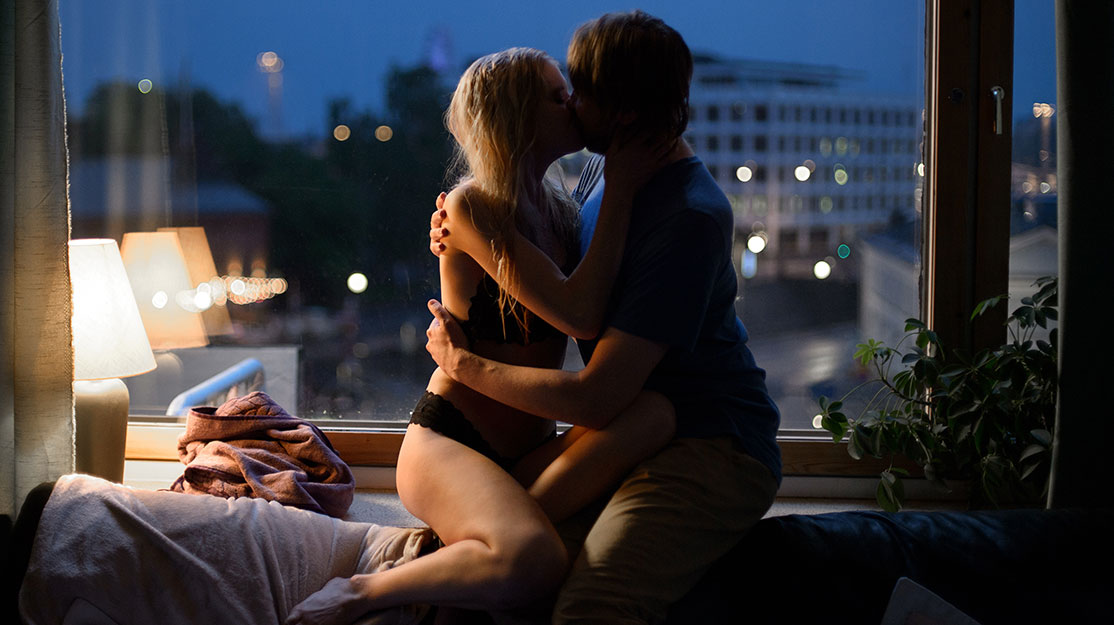 Finnish comedy-drama Blind Donna sees its titular character embark on a search for love, and nothing – not even her blindness – will stop her. Producer Liisa Akimof and screenwriters Heikki Kujanpää and Mikko Reitala tell DQ about the “risky business” of marrying comedy and disability.

Though its title might suggest otherwise, Finnish comedy-drama Blind Donna is not just about a woman who has lost her sight. Instead, Donna’s blindness is very much a side story to the main focus of the 10-part series – her search for love.

The story opens with Donna, played by sighted actor Alina Tomnikov (wearing contact lenses), on the morning after a party she hosted with her husband. When she discovers certain objects are missing around their house, she realises he has left her. Refusing to be overcome with sadness, she decides to find the man of her dreams. Meanwhile, her best friend Mira (Essi Hellen) does everything she can to help, but usually only succeeds in ruining everything.

“The series is not about being blind. It’s about looking for love,” explains Mikko Reitala, who wrote the series with director Heikki Kujanpää. “In our first episode, Donna is living together with her partner but he suddenly leaves and Donna is left alone in her house for the first time blind – she wasn’t born blind. But despite all her problems and her grief, she wants to find a new man. Even if she has to live in darkness, she doesn’t give up.”

One early scene involves Donna attempting to ward off two Good Samaritans as they try to help her across a busy road, while we also see her in nightclubs and on dates as she pursues the perfect man.

“Actually, her main flaw is not blindness but that she’s too over-confident,” Reitala says, noting the lead character’s determination to be independent, despite the scrapes and embarrassing situations in which she finds herself.

Kujanpää adds: “Her blindness is symbolic, of course, but it also has lots of possibilities for comedy. It’s a risky business but we’re not laughing at her.”

The writers spent five years developing the series, produced by Production House for Finland’s YLE and Norway’s NRK, before its debut in January this year. Having known each other for more than 30 years since they both studied as actors, Reitala and Kujanpää brainstormed the story and pieced together the outline before producer Liisa Akimof joined the project four years ago when a first draft was already in place.

“In Nordic countries and Europe, we have a peaceful democracy for the most part and gender equality,” Kujanpää notes. “That’s potent for comedy writers because young girls [Donna in this case] can do whatever they like, and that’s good. They can go to a bar looking for sex. But then we had to raise the stakes – she’s blind.”

The series was originally planned as 12 half-hour episodes, later reduced to 10. To get a sense of how to film it, the team produced a 12-minute pilot in summer 2016 to determine what viewers should see when they watch the drama from Donna’s perspective – should it be a black screen, or something else?

“We didn’t want people to feel pity for her – this is not a social drama,” Akimof says. “So we also tested the aesthetic of the show to make it a little bit easier to watch so the audience can feel the romantic comedy.”

Using Donna’s perspective was one way director Kujanpää sought to inject humour into series. “People are used to the point-of-view technique, so when you do it with a blind person, there’s some irony in it,” he notes. “It’s funny.”

One of the ways the show reminds the audience of Donna’s blindness is by literally keeping viewers in the dark at the start of each episode, opening to a black screen with only audio to tell them what’s going on.

Filming for the series took place in Helsinki, where the production team secured the use of a large house that they rented for the duration of the five-month shoot, which also doubled as a production base. “Then we just searched for certain locations we needed in the series, but basically we were in this old house with different rooms and a beautiful garden,” says Akimof. “It was perfect.”

The creators of the €1.4million (US$1.65m) series, which was also backed by the Finnish Film Foundation, now hope Blind Donna will travel internationally, either in its original form or as a format. The series was screened in February at the Berlin International Film Festival and is distributed by YLE.

“We really believe our concept is understood everywhere. It’s universal,” Kujanpää concludes. “This kind of comedy takes corny elements of the romantic comedy genre but we make it this way mainly because of our main character. That’s what comedy has to do to be good – it has to be full of embarrassment.”