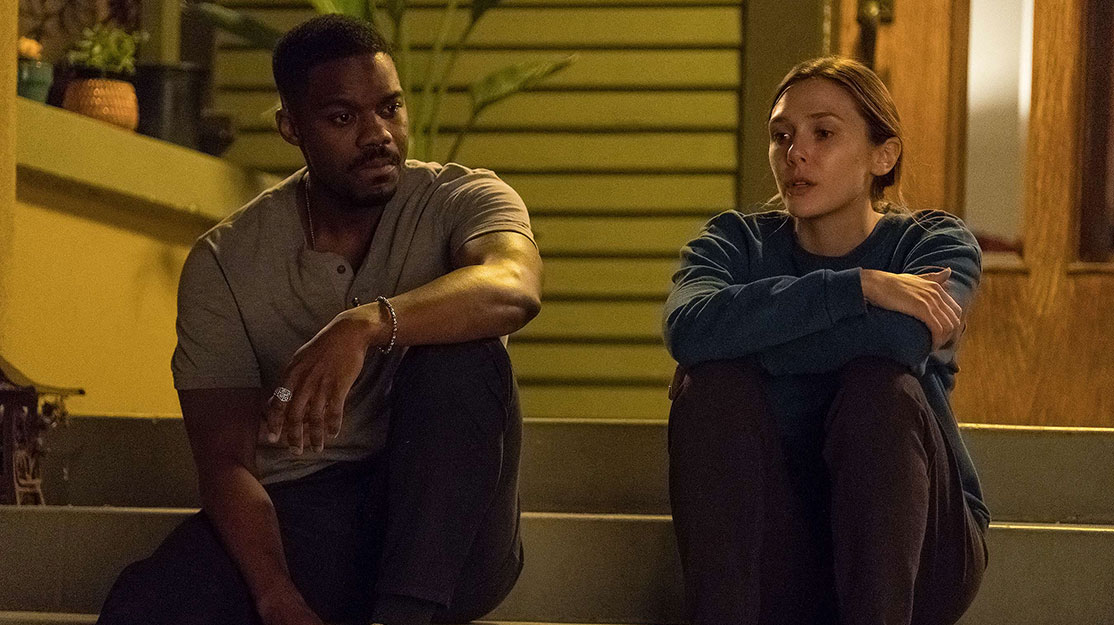 Kit Steinkellner’s widow-focused drama Sorry for Your Loss has given Facebook’s Watch platform its first real episodic hit. Here, the showrunner discusses making a ‘traumedy’ for an audience of two billion.

Sorry For Your Loss is not Facebook’s first drama series.

With teen-focused dramas on its slate such as Turnt, Five Points and Skam Austin, the social media giant has, since April of this year, begun to establish a foothold in scripted episodic content.

Nevertheless, Sorry for Your Loss – with its dark themes, complex characters and an A-list star in Elizabeth Olsen (Avengers: Infinity War, Wind River) – clearly stands out as a bold and unusual tentpole property, marking a major turning point for the Menlo Park-headquartered tech firm as it muscles into the territory traditionally dominated by the likes of HBO, Showtime and Starz.

The series centres on recently widowed writer Leigh Shaw (Olsen) and her immediate family, including her sister (Kelly Marie Tran), mother (Janet McTeer) and brother-in-law (Jovan Adepo), who are all grieving the loss of Shaw’s husband Matt (played in flashbacks by Mamoudou Athie).

“I’ve heard it called a ‘sad comedy,’ a ‘traumedy’ and a ‘half-hour to ease the pain,’” showrunner Kit Steinkellner tells DQ. “There just wasn’t much in the landscape like it. So it was by no means a slam dunk or an easy sell, but I knew it was a show and I knew it was mine to tell. I didn’t know if it would be possible to make it, but I knew it was worth trying.”

Steinkellner had previously worked as a writer on Amazon Studios’ cancelled-after-one-season Zelda Fitzgerald period drama Z: The Beginning of Everything, and earlier worked as a playwright, but Sorry for Your Loss marked her first time as showrunner.

“I don’t think anything really prepares you for this job,” she says. “Michael Schur [creator of The Good Place] has this quote that ‘being a showrunner is three full-time jobs plus problems.’ That’s a very good way of summing it up.”

As a writer, she was inspired to pen the series after a year in which several people in her life passed away. “Death felt like this ever-present spectre and I just felt very vulnerable and unsafe in the world,” she recalls. “I was really wrestling with that. So I started dreaming up this story about this young woman who could really survive this impossible thing, and I grew to love this character and the people in her life.”

After meeting with a variety of producers, Steinkellner describes the “magical moment” she crossed paths with Robin Schwartz, head of the TV division at Big Beach.

“I just knew we were supposed to work on this thing together: she loved it as much as I did, she was going to advocate for it like no one else I had met with, and so it made a lot of sense to work together.” It was Schwartz who delivered the pilot script to Olsen, who in turn responded favourably to the material.

Nevertheless, Sorry for Your Loss was not always destined for the world’s most populated social network. Before Facebook picked up the show, US cablenet Showtime acquired the property and took it through a development cycle.

“It was a really positive experience,” Steinkellner recalls, “but ultimately they were just not able to commit to moving forward on the timeline we were on, so we ended up taking it back.

“We gave them a date when we needed to move forward and I think they were very passionate about the show, but we weren’t able to come to an agreement. It was going to be a protracted process, and we knew the show was vital and essential; we really wanted to take a chance and try to figure out if there was a partner who was able to move more quickly on it.”

After parting ways with Showtime, Steinkellner and Schwartz took the series back out to market, shopping it to buyers that had initially been interested prior to the cable platform’s involvement. Most notably, in the time since they were first under option, Facebook had launched its Watch platform in the spring of 2017.

“The minute we heard their doors were open, I was so excited by the opportunity,” Steinkellner says. “There are new buyers springing up all the time, but not something like Facebook, which is a household name.

“Being able to be a show on a platform with 2.5 billion subscribers, to be able to have that kind of reach and to have no paywall or barrier, and have it really be a show that could be watched and consumed by anybody with a Facebook account… that was really exciting to me.”

Despite Facebook’s outlier status in the global content industry, Steinkellner says the show’s production process was, in many respects, very typical for a half-hour drama.

“The actual construction of the individual stories and the season as a whole was pretty standard. We just tried to make the best TV show possible.”

Where the show was able to cater to Facebook specifically was in its ancillary content, Steinkellner adds.

“Knowing that there’s going to be a comments section below every story, knowing that it’s going to be dropping into people’s newsfeeds, knowing that it obviously deals with some sensitive topics and that we’re going to have immediate clickable resources right there on the same page that you’re watching the show… I would say we made the show pretty traditionally, but in terms of all the extras, that’s where things start to get pretty interesting and cool.”

Nevertheless, the show’s writing team did have to deal with the elephant in the room – namely references to Facebook itself. As Steinkellner recalls: “We had a Facebook reference on the first page of the pilot. When Leigh’s talking about infographics, the original script reads, ‘I was on Facebook the other day, and I saw this infographic,’ and we actually took out that reference because it just felt so gratuitous… in the first minute into the show, we didn’t want it to feel like a plug.”

But by the show’s fourth episode, a character makes reference to a group for lost dogs on the social media platform. “Facebook is a part of people’s lives, that’s actually what they would say in real life, so it felt like we didn’t want to be gratuitous but we also didn’t want to be inauthentic; we want the characters to say what they actually would say. This is a tool you use for so many things, and these characters aren’t luddites – they’re all on Facebook.”

Steinkellner adds that, despite the wealth of user information available to the social media platform, she has had no conversations with execs yet regarding data, analytics or metrics for success.

“All our conversations, with Mina [Lefevre, head of development], with Facebook, regarding the creative of the show have been strictly creative,” she says. “It’s all been about finding a way to make a story sing, finding a way to clarify a plot point… it’s all been strictly creative. We’ve never had any kind of conversation about metrics or data with regards to the actual storytelling.”

And while Steinkellner won’t get into the “nitty gritty” of how much the show cost to make, she says “we are absolutely on par with a traditional cable or streaming half-hour.”

In releasing the show, Facebook opted for a sort of semi-binge model that mixed the immediacy of Netflix with the slow release of traditional TV. After Sorry for Your Loss had its world premiere at Canada’s prestigious Toronto International Film Festival, the social media platform dropped the first four episodes of the show all at once on September 18, with two episodes a week then following until all 10 episodes were public.

“I love the era we live in, where there is the binge model and the weekly model, but exploring the ‘semi-binge model’ is exciting to me. I think it’s going to play well over the course of a month.”

No decision has been made as to whether the show will return for a second season, but a renewal seems likely. Facebook won’t release viewing figures for the drama, but it has met with widespread critical acclaim, being described as “terrific” by Vox, “gorgeous and poignant” by The Atlantic and “revelatory” by Vanity Fair.

“My job was to make one great season of television and I feel like I did that, with a lot of help,” Steinkellner reflects. “I feel we made a wonderful season of television. But the door’s absolutely open – if we have the opportunity – to make more of the story; I have so much more story to tell.

“But for now I feel great about the story we did get to make. It’s its own novel, and if we get to write a sequel, that would be great too.”