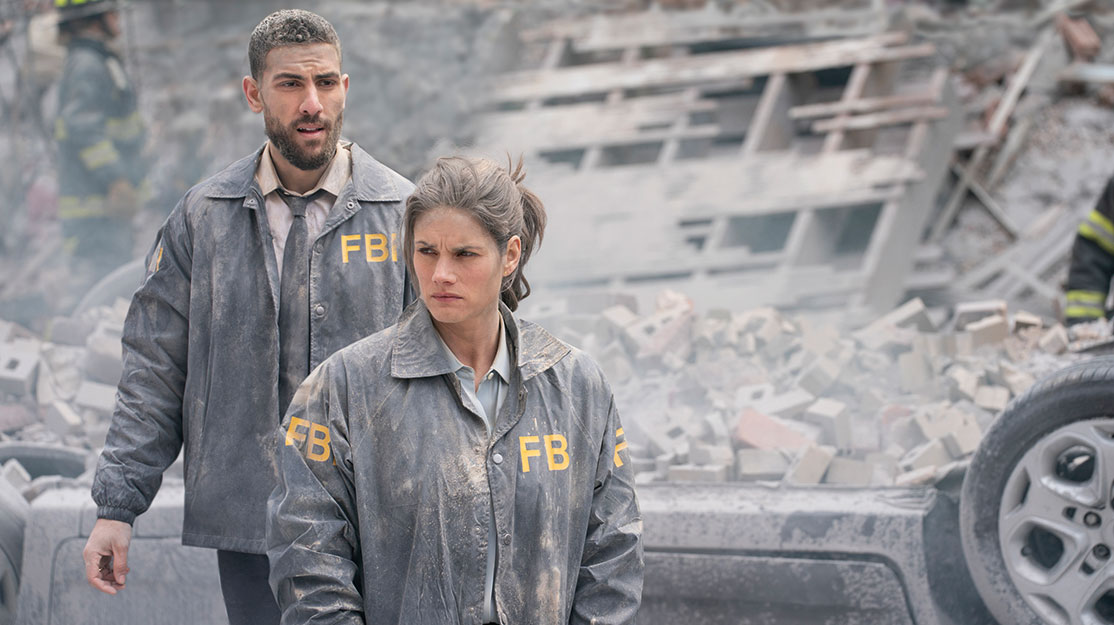 Stars from US series including FBI, Grey’s Anatomy, The 100 and NCIS offer a glimpse into what life is like working on a year-long network drama. 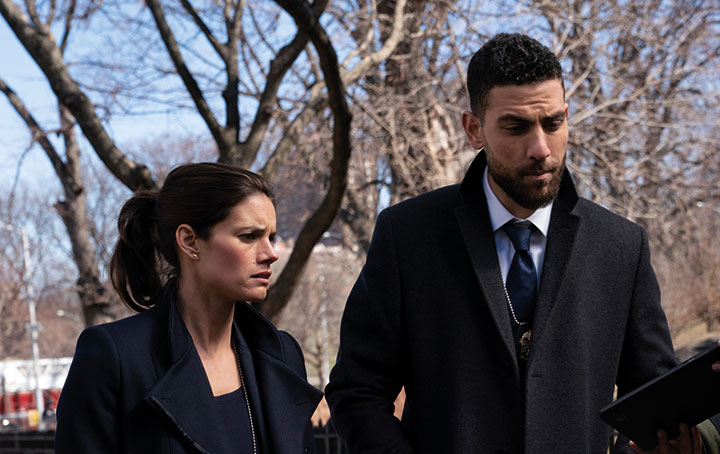 FBI
From Dick Wolf, the creator of the Law & Order series, comes this insight into the life of FBI agents. The second season began on CBS this fall.

Missy Peregrym (above left), who plays special agent Maggie Bell: “It’s at least 14 or 15 hours every day. Sometimes you’re outside all week and it’s freezing, so it just doesn’t stop. It sucks. It’s just long, and season one is always really hard because you’re not just going to work and saying the words, you’re also having to coordinate and figure out who the characters are and the look of the show.

“It’s such a development and a collaboration between so many different people that it’s such a win when you get picked up for season two. I knew that it was picked up for season one when I did the pilot, but getting season two was a big deal and everybody’s hoping it will be less of a grind, that we will have found our rhythm. It usually gets a little bit easier as you go along.”

Zeeko Zaki (above right), who plays special agent Omar Adom ‘OA’ Zidan: “The schedule for season one was nuts. It was 10 months, filming 22 episodes, so every scene was intense. My days would consist of getting up two hours before the call time, training for 30 to 45 minutes and then going to work. And then you crash and lunch and sleep and get up and it all blends into a parallel of how intense the reality of the actual job of an FBI agent is, as those people don’t sleep or eat because of the intensity of the crimes they’re dealing with.

“Sometimes we’ll be in the interrogation room and we’ll shoot three scenes with the cameras facing one way and then flip them and film it again. The best advice I got for that was from our showrunner, Rick Eid, who said, ‘Look, you’ll drive yourself crazy if you try to connect every day. Just be present in whatever moment you’re handling.’ It’s been a massive learning curve.

“There’s no work and no home, it’s all one thing. You’re working when you’re not at work, you’re learning your lines and then trying to get to sleep as fast as possible to get up the next day.

“But my favourite part about it is, for me in my first lead role, I’m trying to earn it to be able to call my dad, who’s been standing on his feet since he was 11 years old cutting hair every day, and say ‘Hey, I’m working,’ because I’m coming off the past eight years where I had three months of work each year. It’s really intense, but I’m an all-or-nothing person. I’m in for this.” 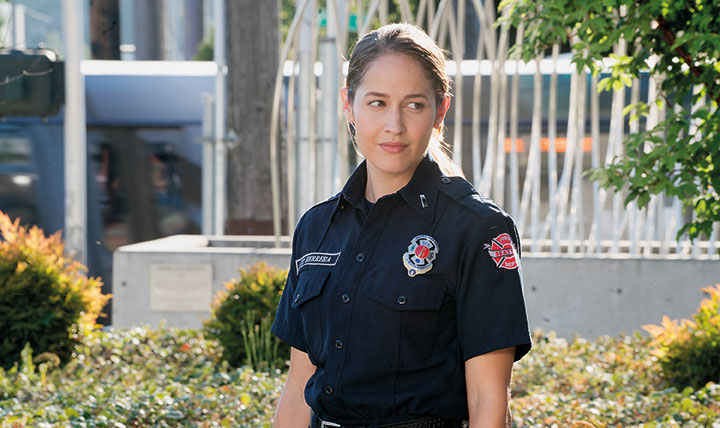 Jaina Lee Ortiz (above): “The schedule varies. We shoot a little bit on stage and then we shoot on location. It’s half and half.

“When we have to wear the firefighter uniform in the summer, I drink two gallons of water because we are sweating – we are drenched and it is uncomfortable. You don’t really know how physical it is until you’re doing it.” 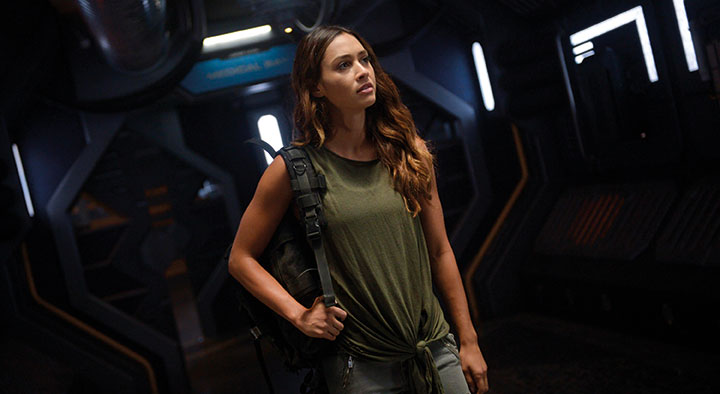 The 100
This sci-fi drama has aired on The CW since 2014, following a group of survivors – mainly young criminals – who are among the first people to return to Earth after a devastating nuclear apocalypse. It has been renewed for a seventh and final season.

Lindsey Morgan (above), who plays Raven Reyes: “The elements play a big part in making the show because we film out in the rain and the snow and we film all night. It’s long hours, so we don’t really catch a break on that.

“But also, creativity-wise, [the tough conditions help because] my character has been driven mad and gone insane, and I’ve lost my mind so many times I can’t even count. I always feel pushed as an actor to be better and to explore things within myself emotionally, physically and spiritually so that it’s always entertaining as hell.”

Richard Harmon, who plays John Murphy: “I love the physical aspects of the show. It’s definitely a show that will ask you to do things that acting class never prepared you for.

“‘Have you ever sat in front of someone who you thought was one of your best friends but, secretly, someone else was in their body and they’re about to put you in a situation that will probably kill you?’ ‘No, I’ve never done that before, and I’ll probably never do it again.’ Everything else will be easy. Make me a cop!” 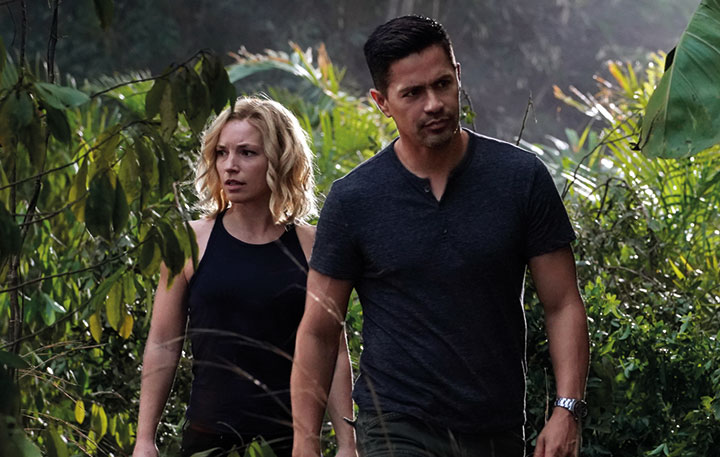 Magnum PI
The reboot of the classic 1980s Hawaii-set crime drama landed on CBS in 2018, with a second season now on air.

Jay Hernandez (above right), who plays Thomas Magnum: “It’s a marathon filming 20 episodes in eight months. For the first season, we were sometimes shooting six days a week, 14 hours a day – it was unbelievable.

“I’ve never worked more in my entire life. It was crazy, and it’s such an ambitious show. But honestly, I don’t know how I got through it.”

Perdita Weeks (above left), who plays Juliet Higgins: “My schedule is considerably better but it is quite gruelling, especially for the crew. Sometimes on a Friday night you can finish past midnight, and the crew work so hard that they’re dead on their feet by Friday. It’s a slog but it’s rewarding.” 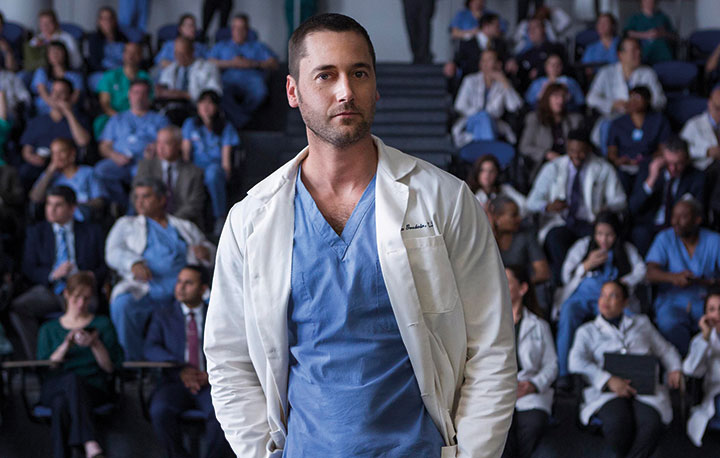 New Amsterdam
This New York-set medical drama, based on former medical director Eric Manheimer’s memoir Twelve Patients: Life and Death at Bellevue Hospital, charts the events at one of the US’s oldest public hospitals. The series is now in its second season on NBC.

Ryan Eggold (above), who plays Dr Max Goodwin: “At one point, Jocko [Sims, who plays Dr Floyd Reynolds] was chasing me around with a fake bloody heart.

“There are days like that, because if you embraced the weight of it all the time, you would go home and collapse. So you have to lighten it up sometimes.

“But working the long hours, the only thing that’s beneficial about it is that I imagine what Manheimer’s life must have been like managing a whole hospital, which was 10 times harder, much faster, much higher stakes and affecting real lives. We’re managing a TV show.”

“Some days are so emotionally draining. The storylines can be so harrowing sometimes and, because the performers are so brilliant, you’re zapped at the end of the day.
“Then, on other days, there’s so much laughter and hope. It’s a great place to work and it seems to be resonating with the audience.” 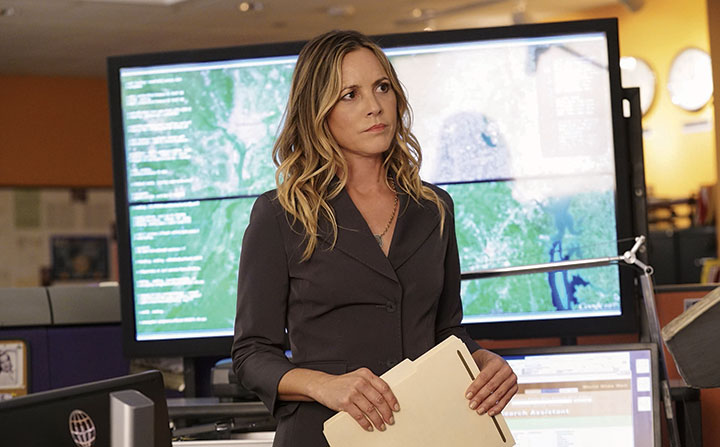 NCIS
Best known for roles in films such as Coyote Ugly and A History of Violence, as well as a stint on long-running medical drama ER, Maria Bello joined the cast of evergreen crime drama NCIS as Jack Sloane in season 15. It returned to CBS for season 17 in September.

Maria Bello (above): “We’re very fortunate that NCIS runs like clockwork because the same crew has been working together for 16 years.

“We rarely work more than 12-hour days. If we shoot an episode across eight days, maybe I shoot three or four days out of that. So I have some time to be and breathe and work on other creative projects I have. I am producing a movie that Viola Davis is starring in called The Woman King in April, so we’re excited about that. I get to pursue other things because of my schedule.

“Speaking to other actors, their schedules are much more gruelling than ours. We don’t go on location a lot, maybe two days per episode. We have our own sound stage; it’s like a college campus where they’ve been for 16 years. It’s pretty easeful.” 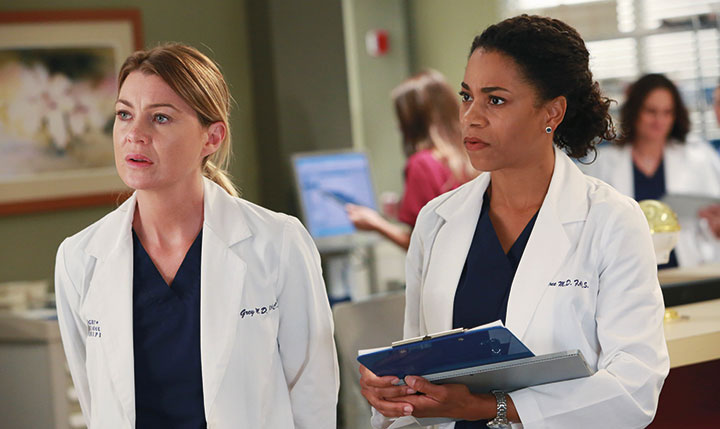 Grey’s Anatomy
Since 2014, Kelly McCreary has starred as Dr Maggie Pearce in Shonda Rhimes’ all-conquering ABC medical drama. It is now in its 16th year on air.

Kelly McCreary (above right): “We usually shoot for nine months. Every episode takes nine days to film, sometimes 10 if it has big set pieces or location stuff. But because it’s an ensemble show and the storylines are so well distributed through the 24 episodes, none of us are there all day long, every single day. Sometimes we are when our story is really taking centre stage, so you’ll have a few weeks while your character is going on this three-episode arc, but then you’ll have three weeks of coming in once or twice a week.

“In that intervening time, we hang out with our families and work on other little projects because everyone is still creative and productive, even outside of work. Almost everyone on the set has other interests and projects they’re pursuing.

“A job like this is extremely rare. Prior to being on this show, every few months you’d be auditioning for something new. While you’re in one job, you’re looking for the next, and I actually miss that hustle. It’s very energising to be thinking of building your career and growing in a specific way, but we can still do that on Grey’s Anatomy, for sure. We think of it a little bit less than every three months, and it takes the pressure off in an incredibly luxurious way.