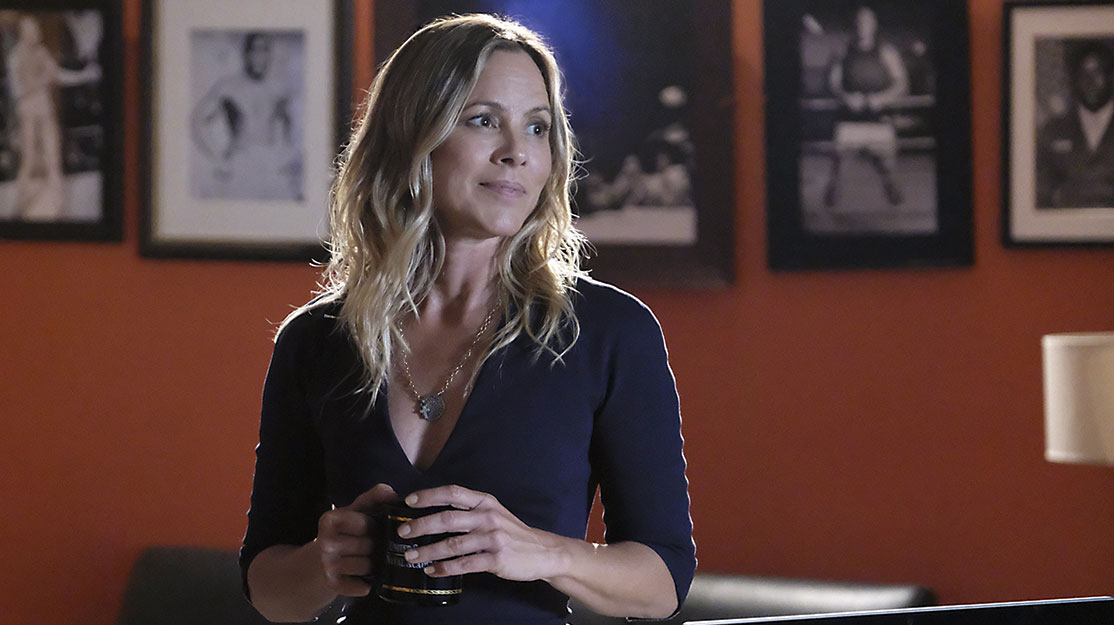 On the back of an extensive film career, NCIS star Maria Bello tells DQ why she has come to love working in television and reveals the secret to the long-running US crime drama’s global success.

In an acting career spanning more than 25 years, Maria Bello has thrived on the big screen. Despite early turns in television series such as Mr & Mrs Smith, ER, Touch and the lead role in the short-lived US remake of iconic British drama Prime Suspect, she is primarily known for appearing in movies including Coyote Ugly, A History of Violence, The Cooler, World Trade Centre and The Mummy: Tomb of the Dragon Emperor.

But in 2017, she joined the cast of long-running crime procedural NCIS, then in its 15th season, and the actor says the decision has changed her life, both on screen and off.

“I really have come to love television and particularly acting on television,” she tells DQ at the Monte Carlo Television Festival. “There’s something thrilling about quickly seeing the finished product. We do a film and maybe it’s like a year, even two years sometimes, before it comes out. We shoot an episode [of NCIS] in eight days –eight days to shoot an hour of television. Usually in a two-hour film, it might take 90 days. So I like that quick pace.

“I’ve also always been such a traveller and adventurer, and that’s why I was really drawn to films – I’ve worked all over the world. What I found in the last couple of years committing to a TV show that’s in my backyard, in LA, was the beauty that comes with staying in one place for a little bit. Going to the same place every day with the same people who I really enjoy being with and working with, it’s a whole new side of my personality that I didn’t know existed, which is this love of security and having a grounded space to go to.”

Since season 15, that roster has included Bello’s Jack Sloane, an NCIS senior special agent and operational psychologist who specialises in profiling.

“What I really liked about Jack was she was on an equal footing with Gibbs,” Bello says. “She doesn’t work for him, he doesn’t work for her. So they really are colleagues and help each other a lot, and you’ll see over the next few seasons that our relationship deepens. It’s really fun playing with Mark Harmon too. He’s genuinely a really fun, solid guy.”

Joining such an established series “was so easeful from the first minute I met the producers and two showrunners, Frank Cardea and George Schenck, who were such kind people,” she says. “And then meeting Mark, he’s one of the loveliest people you’ll ever meet. He’s the real captain of the football team and makes sure everybody who is there wants to be there. We’re all pretty grateful every day. That makes for a great work environment.”

While many crime procedurals place most of their focus on the show’s crime-of-the-week storyline, NCIS stands out for its greater emphasis on character development – something Bello believes has ensured the series remains among the most watched on US television.

“The secret to our show’s success is how much the characters love each other and their relationships,” she says. “Yes, they’re really smart and good at solving crimes. We have really great writers, so they’re interesting crimes pulled from the headlines. But it’s about the relationships between these characters. They’re a real family and they really care about each other. I think the audience feels that.”

This extends to collaboration behind the scenes, where Bello says the cast are encouraged to bring ideas for their characters to the writers. “We go to them with ideas, they come to us with ideas,” she says. “It’s also very improvisational on the set. If we want to add lines, change lines, there’s never an issue with it. They really trust us as actors. They trust that we know our characters maybe better than they do and they’re always up for new ideas.”

This season will also see Bello direct for the first time, with the star scheduled to helm an episode of NCIS in February. “It’s exciting. Rocky is one of our great directors and he’s also my cast mate, so I’ll shadow him and two other gentlemen I really like. They’re giving me that great opportunity and I can’t wait for it.

“I’ve been asked [to direct] before and I’ve thought about it. But this is the first time I feel that I actually really want to do it. I really trust my crew and they trust me, and I think I’m a really good leader but really chill as well. I feel like those people make the best directors – if you have a strong vision but you’re also very chill person. So I think that’ll work.”

Between 1997 and 1998, Bello appeared in 25 episodes of medical drama ER, joining at the end of season three as Dr Anna Del Amico and becoming a series regular through season four. The hit show was one of her first jobs, and Bello remembers herself as “such a wild child. “I had just started working in the industry so I was a little immature at the time,” she recalls. “In retrospect, I would have stayed on that show [for longer] but I wanted to do so many things and wanted to do movies. I’m happy about the rich career I’ve had, but now I would have appreciated that [time on ER] more.”

The actor is equally effusive about her time on Prime Suspect, the American reimagining of the British series of the same name. Bello played Detective Jane Timoney, a take on the original’s Jane Tennison, the character made famous by Helen Mirren. However, after opening to low ratings of around six million viewers (small by 2011’s pre-Netflix standards), the series lost its primetime slot and was cancelled after its initial 13-episode order.

Still, Bello has fond memories of the experience. “I loved that show. I loved doing it, I loved being on it. I loved the writing, I loved the character,” she says. “People say now they feel it was ahead of its time in the US, that maybe they weren’t open to having this strong woman who had a really edgy personality. Maybe America wasn’t ready for that. I don’t know why it didn’t work in the states but I sure loved my experience on it.”

The actor, who is also a keen activist, says working in movies has been a “gift,” offering her the chance to move from job to job, never knowing where she might be in six months’ time.

“I loved living that way. There was something exhilarating about not knowing,” she says. “So I didn’t know if I could take a traditional job, to commit for three years, to be in one place, to work for 10 months a year, and I was a bit nervous about it. But I have to tell you, the gifts I have received from doing it, I feel much more rounded than I ever have in my life because of that.

“There’s something about structure and security I never knew was sexy, and it’s really fucking sexy. I enjoy it. I feel like I’ve been able to be more creative in the other things I’m doing by being on this particular show and having a place to go every day with people I really like.”

With NCIS unlikely to lose its place among the most popular drama series on US network television any time soon and Bello looking forward to doubling up her role by stepping behind the camera, this is a partnership that could run and run.