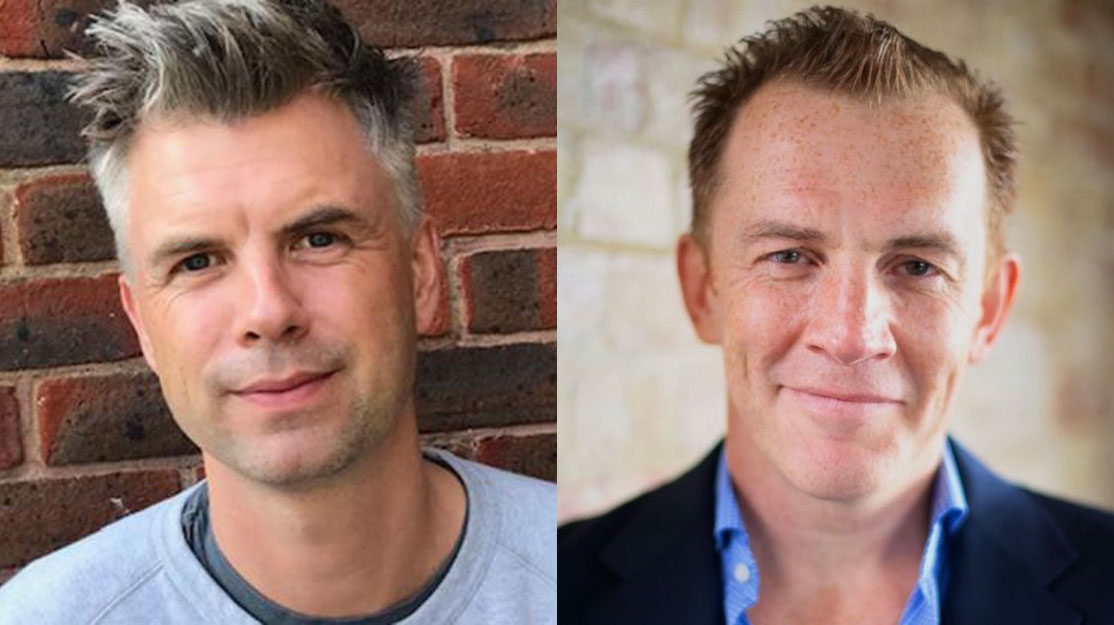 Writer George Kay and producer Patrick Spence give DQ an insight into upcoming true crime drama Litvinenko, which tells the story of police officers investigating the poisoning of Alexander Litvinenko and his wife Marina’s fight for justice.

As far as crime dramas go, being the chief witness to your own murder is certainly a new and intriguing twist. Yet there’s nothing fictional about Litvinenko, a four-part factual drama that tells the story of a former KGB officer whose poisoning triggered one of the most complex and dangerous investigations in the history of London’s Metropolitan Police.

Former Doctor Who and Broadchurch star David Tennant plays the title role of Alexander Litvinenko, who in November 2006 died from polonium poisoning and spent his last few days giving invaluable testimony to police officers in a bid to track down his killers. His information would ultimately help detectives track down two Russians who had poisoned Litvinenko with Polonium 210, a highly toxic radioactive substance.

This four-part series, commissioned by UK broadcaster ITV and Nordic Entertainment Group for its Viaplay streaming platform, follows the police investigation to identify those responsible for the killing. It also tells the story of Marina (The Deuce star Margarita Levieva), Litvinenko’s fearless widow who fought tirelessly to persuade the British government to publicly name her husband’s killers and acknowledge the role of the Russian state in his murder.

Writer George Kay and producer Patrick Spence (pictured above) have been working together on the project for several years. Kay describes it as a “labour of love,” noting the vast amount of research he has undertaken to make the series as authentic as possible. He also benefited from the trust and support of Litvinenko’s family, particularly Marina.

Kay and Spence’s journey started after the latter watched 2017 documentary Hunting the KGB Killers, which charted the manhunt for Litvinenko’s murderers from London to the Kremlin. He then went to producer Richard Kerbaj and asked if he would help turn the story into a factual drama. It was then that Kay (Criminal, Lupin) came on board.

“The opportunity was just really exciting,” the writer says. “The whole thing seemed to be a test of the British police and our ability to deal with stories like this as a country. What’s incredible about Marina Litvinenko is that she will not let this die. Everyone admires Marina so much that whether you are writing about it as a drama or you’re investigating it as a cop, everyone wants to do right by Marina. It’s been great to have her trust. No one involved would have done it without that.”

Marina, they say, backed the drama because of her determination to continue to tell the story of what happened to her husband, who was also known as Sasha.

“Sasha was the first guy, certainly as far as we’re concerned in the UK, who said [Russian president Vladimir] Putin’s not a good guy,” Spence says. “He was the canary in the tunnel. Marina wants that courage that Sasha showed to be honoured in the same way we want her courage to be honoured.”

“Marina wants this story to be told over and over to as many people as possible, and we offered her that opportunity to put it in front of a massive audience and remind the world again and again what happens if you don’t stand up to despots.”

Produced by ITV Studios and Tiger Aspect Productions, the series opens from the family’s perspective on the day of Litvinenko’s poisoning, at which point the story is picked up by the cops investigating what initially seemed like a far-fetched claim – a man had been poisoned in central London.

“But what was really exciting for me, dramatically, was this idea that there’s a man who knows he’s been poisoned and will die from that poisoning and, therefore, is a murder victim,” Kay says. “He’s a murder victim who is still alive and thus is the best witness to give a statement to help the cops investigate his own murder, which is just this crazy situation. We have a real ticking clock of, ‘Can we get all the information we can out of Sasha Litvinenko?’”

The series will feature Tennant as Litvinenko, a British citizen at the time of his death, giving interviews to the police and trying to tell them what happened and who he was with before he becomes too ill. The actor, who also exec produces the show, was Spence and Kay’s first choice for the role, taking the project to him before they pitched it to ITV.

“It’s then up to the cops to take the baton and try to use his information to point the finger at the right people,” Kay says. “We see our cops spread out across London to track the poison, then we see them go to Moscow to tackle the people they think did it, and then we see the determination of Marina not to let this die, even though they’ve got a good hunch who it was. It’s a David and Goliath story. That’s how we’ve seen it.”

Viewers will undoubtedly recall the photo of Litvinenko lying in his hospital bed, from where he gave 18 hours of testimony to Hyatt, all of which Kay devoured before writing the first script.

“It was just an incredible document to read, but I then had to condense that to an episode of his deathbed testimony and do right by him, he says. “I was thrilled, on one level, to get this research but, at the same time, this huge responsibility we all had to do right by him came with it.”

Spence was familiar with what will be shown in the first episode of the series, but admits he was taken aback by both Marina’s tireless fight for justice and the extent to which she and the police were held back in their pursuit of the truth.

Writing the scripts, Kay had so much material to sift through that it became a case of how to fit it into just four episodes. But his biggest challenge was to keep the story “live” and allow viewers to watch the case unfold as it really happened.

“The enemy of true crime drama is hindsight. What I was really interested in was the idea that these characters don’t know a fraction of the things we now know about the case they were getting involved in,” he says. One example is when Timmons gives a speech to his assembled team of detectives and explains that their involvement could put them in danger, offering them the chance to leave the investigation. None of them did.

“He knew then that he had the team to go out and try to solve this,” Kay adds. “And that’s what really stuck with me about how live these things are. In a documentary, all of these accounts are all told in the past tense. In drama, we can tell it live, without that hindsight, and that’s really exciting for us.”

With filming taking place last summer, coronavirus restrictions meant travelling abroad was not an option for a production that included an episode set entirely in Moscow. Instead, director Jim Field Smith (Criminal) shot everything in London. Piccadilly Circus, Mayfair and Regents Street are among the real locations that feature in the series, while the crew were also able to use the real branch of East Asian fast food chain Itsu where Litvinenko had lunch on the day he fell ill.

“Where we couldn’t use the actual locations, we built them meticulously – but we did all that in Covid,” Spence says. “Just feeling the weight on our shoulders of wanting to honour the people whose lives we’re dramatising, that’s the true pressure, not doing it on time or on schedule or on budget.”

As the world reacts to Russia’s ongoing invasion of neighbouring Ukraine, Spence believes Litvinenko is an essential story that may just offer some clues as to how we got to this point. ITV Studios is distributing the series internationally.

“It is a story of plucky, determined British detectives sticking it to the establishment, and that will appeal to everyone,” he says. “But there’s an appalling relevance and resonance to it right now that people can watch and go, ‘This is where it all started.’ If we’d listened to Sasha more closely and acted more decisively across the globe as a result of what happened on British soil, maybe it would have turned out differently.”

“As scriptwriters, we also have to make it relatable to the audience, and at the heart of it is a woman standing up to the powers that be to try to get justice for her family,” Kay adds. “That is the most international part of it. We can all relate to those kinds of stories. It something we’re proud to have done.”