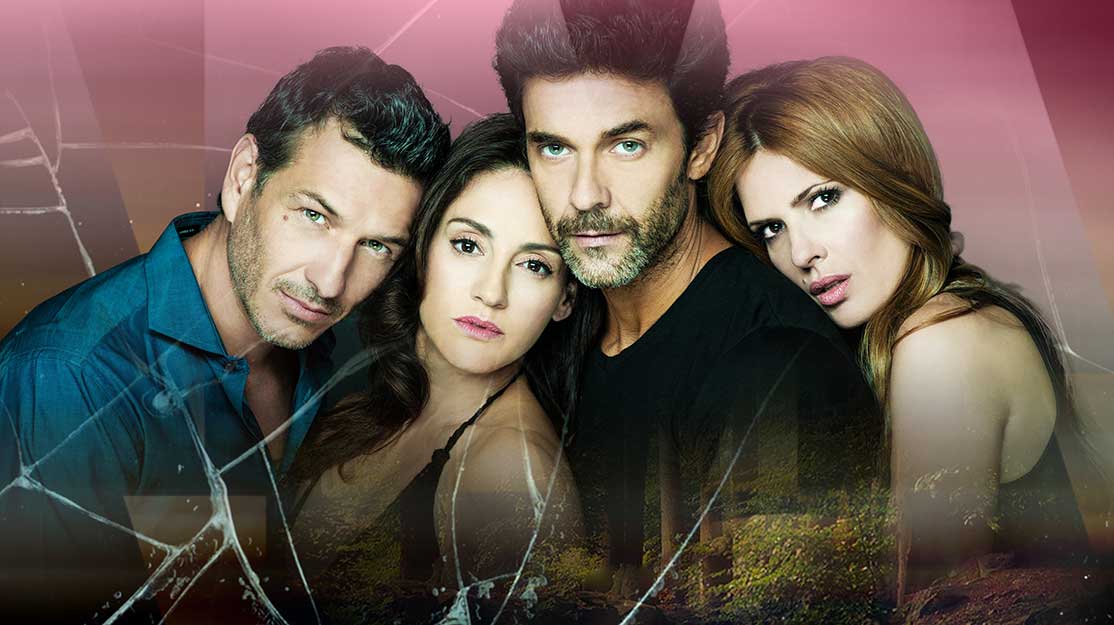 Complicated matters of the heart are laid bare when an affair is discovered at the beginning of Argentinian drama Amar Despues de Amar (ADDA, aka Love After Loving).

Set across two time periods – the present day and three years ago – the show follows the blossoming romance between a man and a woman who discover their partners have been having an affair when the latter couple are involved in a car crash that leaves the man in a coma, while the woman’s body disappears.

Starring Mariano Martinez and Isabel Macedo alongside Federico Amador and Eleonora Wexler as the central couples, ADDA debuted in January this year and runs to 70 episodes, produced and distributed by its Argentinian broadcaster Telefe.

Tell us about the story of Love After Loving.
Love After Loving puts love at the centre of the story, highlighting moral dilemmas about love and betrayal. We attempt to tell the story in the most honest way possible, trying not to take sides with either of the couples and instead leaving that responsibility and freedom to the viewers.

What are the origins of the series?
We were always struck by the weight of guilt, the force of the inevitable and the fate of love. With Diego Rojas [Telefe’s head of global fiction] and Ivan Stoessel [writing coordinator], we worked hard to create a story from what we see happening around us: in the crisis of middle age, one does not want to hurt, because they love; but they want to live because death is drawing closer. It is an eternal theme.

How was the show developed for Telefe?
This is an idea that had been in development for several years, with several writers, until we found writers Gonzalo Demaria and Erika Harvolsen, with whom we worked as a team. That was the key to achieving the necessary balance. We knew we were tackling a challenging story but we also knew it was a strong bet for Telefe.

How would you describe the writing process?
Working as a team with Erika and Gonzalo, we wrote each script with the premise that every episode, without exception, must have a surprising ending with a powerful cliffhanger. It was an exciting process, with great demands, but it resulted in a story full of intrigue, tension and passion.

What are the challenges of creating enough story for 70 hours of television?
When a story is as rich and powerful as ADDA’s, the challenge is to be able to condense it into 70 chapters. Told across two timelines, our show features two deep love stories as well as secondary stories that are just as interesting as the protagonists’. It was originally 60 hours, but the power of the plot forced us to reach 70.

How did the writers and directors work together to create the visual style of the show?
We began by writing the first 10 episodes to give us a solid outlook and a firm base from which to work. Once we had this, we shared it with the directors and then set up an interdisciplinary table where we discussed the material, the focus we wanted to give it and the visual style we envisaged. It was a very rich experience, with the dialogue with the directors resulting in ideas we decided to incorporate.

Who are the lead cast members and what do they bring to the series?
Mariano Martinez (Santiago), Isabel Macedo (Raquel), Federico Amador (Damian) and Eleonora Wexler (Carolina) are our four protagonists. We had a hard time putting together the cast. It had to have an exact artistic balance so the complex formula of the series did not break, and we could not have asked for a better lead cast. While each actor has their own style, there is something that unites them. They are all very dear to the public and the four are excellent actors.

Where was the series filmed and how are locations used on screen?
The series was mainly filmed in Buenos Aires, partly in our studios and partly on location. Having the tango as part of its history, we thought Buenos Aires was going to sit very well and it did. However, we also had several days of recording in Mar del Plata, using the port, which also gave a colour and a special look to the series. We had a very creative location designer, with filming took place in the countryside, villages, roads, forests, lakes and all kinds of non-urban locations. That was a great success by our producers and directors.

What were the biggest challenges you faced during production?
Undoubtedly the biggest challenge was to maintain the double story throughout the 70 episodes. This meant costumes, hairstyles and other continuities were duplicated. Some recording schedules became a puzzle to be able to meet production deadlines.

How would you describe the current state of TV drama in Argentina?
It’s a very competitive market. Viewers have access to many more windows as well as not only local but international stories, which requires us to develop more and better stories that meet their high standards. We believe there is a huge opportunity for our stories to travel like never before.

Are networks moving away from telenovelas towards shorter series, or is there room for both?
Opening new doors does not necessarily mean other doors have to be closed. The telenovela continues to have its audience and its demand, but with the growing number of ways to watch television, we have to adapt to new needs and also offer shorter content.