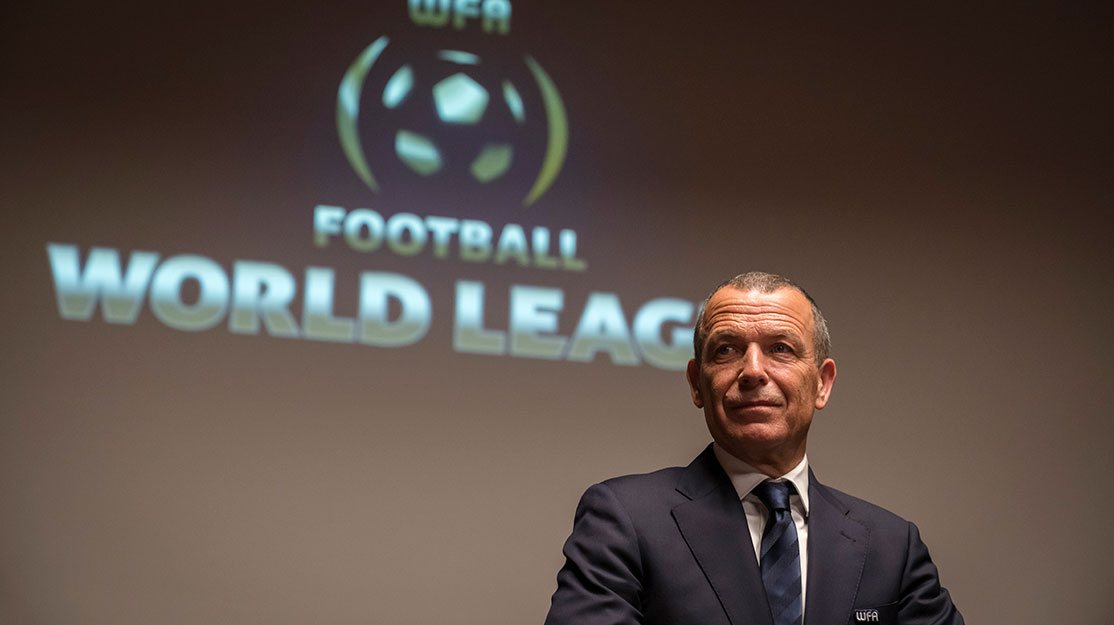 Journey to the Promised Land

Producer Jochen Laube and director Rick Ostermann discuss their journey making The Net – Promised Land, the second entry in an interconnected series of international stories delving into the murky waters of professional football.

When producer Jochen Laube first heard of plans to create a series of interconnected stories set in the world of professional football, he immediately picked up the phone. The recipients of the call? Jan Mojto and Dirk Schürhoff, the CEO and MD respectively of German producer and distributor Beta Film, which had partnered with Austria’s Red Bull Media House on The Net, an ambitious drama series that would bring together stories from around the world that all centred on corruption and criminal activity within the beautiful game.

As co-CEO of Sommerhaus Filmproduktion, Laube wanted to know who would be making the German instalment, which like other entries would be designed as a standalone eight-part drama that would connect to The Net’s shared universe through characters and plot points.

Kicking off the franchise is Austria’s The Net – Prometheus, which is now in post-production. Promised Land is also in post, while Italian series The Net – Power Play started filming last month, with a view to all three launching in the run-up to the 2022 FIFA World Cup in Qatar. Other series, including one set between Brazil and Portugal, are also in development.

“We came up with an idea to set the German series in the centre of the [fictional] World Football Association [WFA]. You can imagine which association we are thinking of,” Laube tells DQ. When discussions first began three years ago, they also discussed a plot involving the biggest clubs in Europe joining a breakaway ‘super league,’ “so it was very surprising to us that the Super League overtook us in reality [when several clubs last year unveiled and then quickly rowed back on plans to do just that]. That was the very first moment we thought we were on the right path and we had to tell this story.”

The producer wanted not only to lift the curtain on the show’s corruption-hit football association, but also to tell a story rooted in reality. “We developed research about human trafficking and how thousands of young African players are trapped in Europe after they are promised a big future in our football system, but only one in 1,000 gets into the second or third league even,” he says. “There’s a huge crime going on that European football is built on, and that is also a major theme of our series.”

Produced by Sommerhaus with Das Netz (a Red Bull and Beta joint venture) for ARD Degeto, Promised Land is set between Germany, Switzerland and Ghana and revolves around Lea (Birgit Minichmayr, Downfall), a lawyer from Berlin with a strong sense of justice. After losing her fiancé in a mysterious car accident, she starts investigating the truth behind what happened, leading her to uncover corruption at the highest levels of world football.

Directing the series is Rick Ostermann (Das Boot), whose thoughts quickly turned to the challenge of making a football series look convincing on the pitch when Laube offered him the job.

“In our first meeting, we had the same movies in our mind, even German movies, where it was not done very well. So we said that when we do it, we have to do it better than these guys,” he remembers. “But because Jochen told me from the first moment there is a big human drama underneath the soccer topic, that’s what I was hooked on. We have the soccer but we want to see what’s happening behind the curtain, what’s happening behind this glamorous 90 minutes every weekend. That hooked me, so we decided to concentrate on just a few football scenes in the stadium and said, ‘Let’s do them very well.’ It worked out pretty well.”

Despite Promised Land being part of a shared universe, Laube and Ostermann were under no illusion that the story they wanted to tell had to stand up on its own for it to be a dramatic, compelling and a successful part of the franchise. Setting it within the world of the WFA was the easiest way to bring a number of characters from the Austrian and Italian series together.

“The main character in Italy is an important member of the WFA council, so it was easy to bring him into our show as an opponent of the football association president,” Laube explains. As the series was developed at the same time as the Austrian edition, Prometheus, the German version could integrate several plot points from its counterpart.

“In the end, we have the exact same scenes in both series but they mean something different in each story,” Laube says. Our character and their character come together in a scene, they shot something for us, we shot something for them, so there are some key elements we could figure out with our Austrian colleagues.”

That coordination extended further with the Italian series, Power Play, whose main character was cast and shot scenes for Promised Land before filming began in Italy.

“I’m very happy there are big and small links to all the others. This is what we liked from the beginning,” he adds. “We are huge football fans and we were always sceptical about doing something about football. Now there are all these topics behind football – even my mum is talking about Qatar, my aunt is talking about [Chelsea owner Roman] Abramovich, and in the press conference after the recent match between Chelsea and Newcastle, they asked one coach about [Russian president Vladimir] Putin and another coach about how they felt about 81 people being killed in Saudi Arabia. People have to talk about all these issues in soccer press conferences after matches, so it’s getting huge.”

Through Promised Land, Laube and Ostermann hope viewers will learn about the “human suffering” of people from Africa and Europe who are falsely told that football will offer them and their families financial wealth. “Beneath the 90 minutes of glory, there is a lot of pain, disappointment and suffering,” the director says.

The production team spoke with journalists and other people in the business about young players who are brought to Germany and other countries to play football but find the dream they were sold doesn’t come close to the reality in which they soon find themselves.

“Sometimes they don’t have a passport, sometimes they’re sold by agents to farmers. It’s human trafficking,” Laube says. “During the development of our show, we had two huge cases in German football – one in Stuttgart. We have these real issues in the major football league in Germany.”

Ostermann recalls filming the show’s opening scenes in Ghana and casting a group of local boys who all wanted to be professional footballers when they were older.

“In every small corner of Ghana, there’s a TV showing the Premier League or the Bundesliga. Everyone is in love with Messi, Barcelona, Chelsea and Liverpool,” he says. “If you tell these 10- or 12-year-old boys you’ll bring them close to the glory of these football clubs, they’ll do nearly anything for you. Taking this and trying to make a profit out of it, there’s a big crime behind it and that is what we are trying to tell.”

Filming during the second half of last year in Ghana and more locally in Germany and Switzerland – in Berlin, Lake Constance, Zurich and Lucerne – Laube was tasked with building an international crew that replicated the global world portrayed in the show.

As is the case with all television productions filmed in the past couple of years, Covid-19 played a part and led to the very last day of filming being cancelled. Otherwise, the biggest issue was ensuring Promised Land connected to the other series within the world of The Net.

“It was a huge challenge but we accepted it because we love the idea of this connected series so much,” Laube says. “There was also the issue of how to show a realistic game in a crowded stadium – that was the extra challenge we had for ourselves. During Covid, we shot in Berlin with 500 extras to bring a realistic feeling to the show.”

Given the freedom to bring his own style to the series, Ostermann wanted viewers to be close to the characters and their emotions throughout the story, using a mixture of handheld camera and dolly shows to help achieve this feeling.

“For me, filmmaking is team play, with the crew and the actors,” he says. “I have my vision and go on set and say how I would like to do it. I see the scene and actors feel the scene, and if they tell me, ‘I feel this, can we do it this way or that way?’ then mostly I’m open to it. We had a fantastic cast of really great actors.”

Following the draw for the group stages of the Qatar World Cup, there are now less than eight months until the tournament kicks off. Ostermann hopes that after watching The Net – Promised Land, viewers’ minds will be opened to some of the realities behind every football match, whether it’s two international teams squaring off or their local league side playing at the weekend.

“We can’t change it, but it would be great to make them think about what foundations this is standing on,” he says.

“From the beginning, our thought was to bring someone into this world who has no idea about anything to do with football, these male-driven councils in Zurich and this world of private jets and everything. It felt right from the beginning to confront these guys with a tough and intelligent woman,” adds Laube. “This isn’t just a special-interest series for football fans. I would be very happy if we could attract a universal audience even if they are not interested in this topic.”