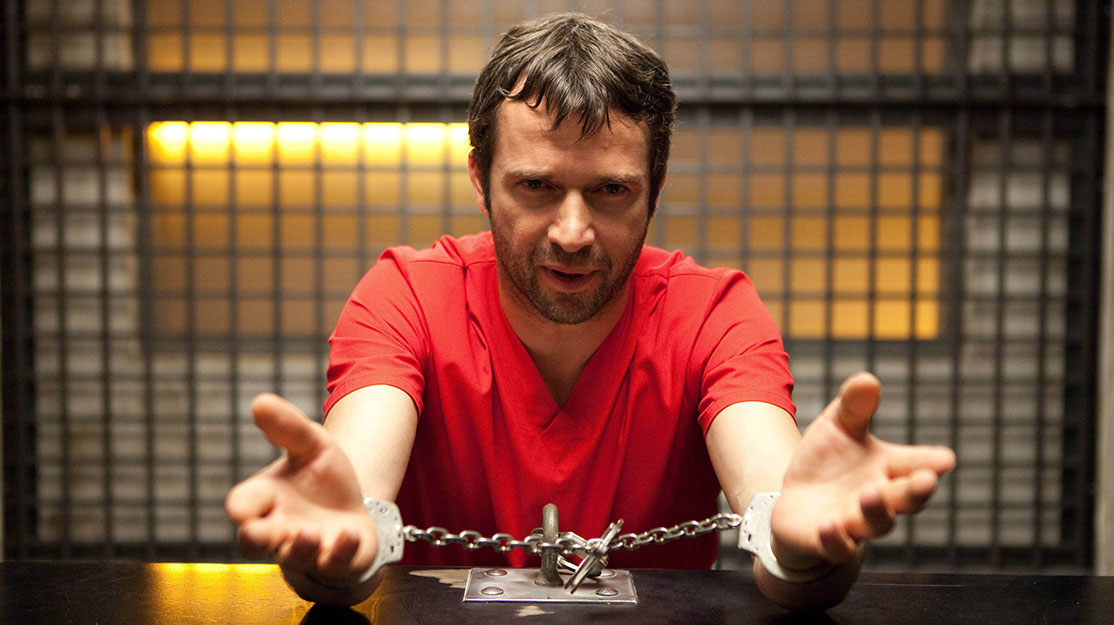 From Hulu’s The Path and the most recent season of FX’s American Horror Story to upcoming series Waco and Raven, TV dramas about cults have caught the zeitgeist. DQ takes a closer look at this trend.

Television dramas about cults have always been good business in the US, a country with a seemingly unique affinity for fringe religious groups – part of the reason for the colonisation of the Americas, from the Puritans at the very beginning to the Mormons and, later, Scientology.

Recent years have seen the trend increase, with more dramas and comedies using cults as a theme. Sociologists have conjectured that the uncertainties in the US over the past few years regarding security, race, the economy and the growth of secularism have all contributed to an interest in cults, which can provide the easily influenced with a sense of belonging and belief in a higher power.

Recently, the truly unhinged American Horror Story: Cult, which debuted on FX in July, even used the election of Donald J Trump as president for a backdrop to the world of cults.

Peters also portrays Andy Warhol and a particularly low-rent ‘version’ of Jesus Christ in the show.

Back in season one of American Horror Story (2011), episode two (Home Invasion) dealt with a Manson Family-style killing re-enacted in the present day.

In the world of SVoD, two shows use cults as themes: Hulu’s The Path (started 2016) and Netflix comedy Unbreakable Kimmy Schmidt (2015).

Now heading to its third season, Jessica Goldberg’s The Path revolves around the fictional cult of Meyerism, which, to some commentators, bears a resemblance to Scientology (denied by Goldberg) in its hierarchy and antipathy to apostates and non-believers, who are called Ignorant Systemites (IS) in the show.

A slow burn, The Path has a solid cast, including Aaron Paul (Breaking Bad), Hugh Dancy (Hannibal) and Michelle Monaghan (True Detective, Patriot’s Day). Season three drops in the US on January 7.

Played to critical acclaim by Ellie Kemper (The Office, Bridesmaids), the effervescent Schmidt’s efforts to build a new life in the big city has proved a hit with viewers and reviewers alike, with season four ordered for 2018.

As Spike TV rebrands as Paramount TV next year, January 24 will see the launch of their flagship drama Waco.

The star-laden miniseries recounts the true story of the infamous 1993 ATF/FBI siege of the Branch Davidian religious sect led by David Koresh, which resulted in 82 deaths after a 51-day siege ended with a deadly shoot-out and fire.

Last year, CBS was also said to be developing a limited miniseries about the kidnapping and alleged brainwashing of heiress Patty Hearst by the cult-like Symbionese Liberation Army in the 70s.

Looking ahead, the 2018/19 television season will see the launch of Breaking Bad creator Vince Gilligan’s HBO limited series Raven, based on Tim Reiterman’s definitive 1982 book about the 1978 Jonestown mass suicide in Guyana, when charismatic cult leader Jim Jones arranged the murder of visiting investigative journalists and a US congressman, then proceeded to kill himself and more than 900 followers (including 276 children) with cyanide-laced Kool Aid.

This led to the phrase ‘Drinking the Kool Aid’ being used for people or groups who succumb to peer pressure and follow a doomed idea.

There is no word on casting yet, but Gilligan has an extensive repertory company of talented actors who he can no doubt call on for the show.

Jonestown has been the subject of numerous documentaries and some dramas (Jonestown, 2013 and Jonestown: Paradise Lost in 2007), most notably the 1980 CBS miniseries The Guyana Tragedy, when the late Powers Boothe provided an Emmy-winning performance as Jones, which will be a tough act to follow.

Back in January 2016, Jake Gyllenhaal was said to be developing an anthology series about cults with Jim Jones as the subject of season one, but little has been heard of the project since then.

Such was the notoriety of the Jonestown Massacre that the events have been immortalised in song by popular groups, including rockers Manowar (Guyana – Cult of the Damned, 1999), new-wave combo The Vapors (Jimmy Jones, 1981) and probably, most surprisingly, smooth pop/soul merchants Hot Chocolate (Mindless Boogie, 1979).

On the flipside, Charles Manson claimed inspiration for his followers’ 1969 killing spree from the Beatles’ White Album, particularly the songs Piggies, Helter Skelter and Blackbird.

Recent years have also seen other series that have used cults or religious sects as subject matter, including NBC’s short-lived David Duchovny (The X-Files/Californication) series Aquarius (2015/16), in which he played FBI investigator Sam Hodiak in pursuit of Gethin Anthony (Game of Thrones)’s Charles Manson.

HBO’s Big Love (2006-11) concerned itself with a polygamous family belonging to an extreme Mormon sect in Utah, with a cast including the late Bill Paxton (Training Day, Marvel’s Agents of S.H.I.E.L.D.) as the husband of four wives and the recently deceased Harry Dean Stanton (Twin Peaks, The Avengers) as a self-proclaimed prophet and cult leader.

And then, of course, there’s the evil Tuttle Cult in the classic first season of True Detective.

In the UK, cults and extreme religious sects are less openly in evidence. With the exception of this year’s ISIS miniseries The State (Peter Kosminsky – Wolf Hall), you have to go all the way back to the 90s for dramas specifically about the subject.

Two years later, BBC2 aired Signs & Wonders, a four-part drama where Jodhi May (Genius, Last of the Mohicans) is ensnared by a religious cult, prompting her mother, played by Prunella Scales (Fawlty Towers), to hire de-programmer James Earl Jones (Stars Wars) to rescue her. A strong cast was rounded out by David Warner (Ripper Street, Wallander) and Donald Pleasance (Halloween, The Great Escape).

Returning to the present day, with Waco, The Path, Kimmy Schmidt and Raven further down the road, viewers won’t be short of cult TV to watch in 2018.