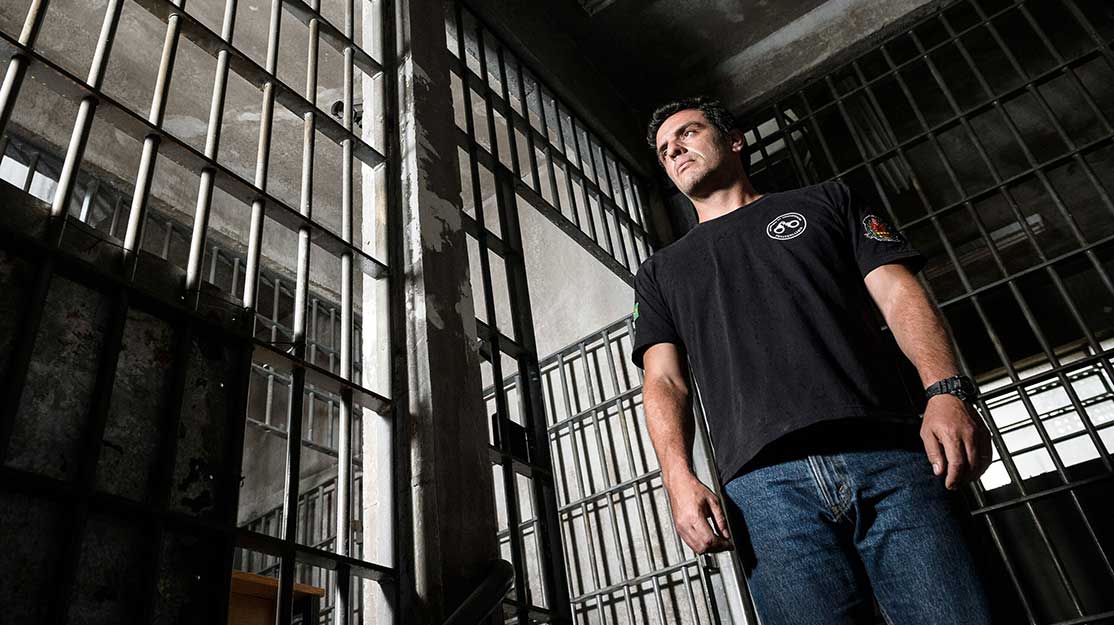 Brazilian series Carcereiros (Jailers) is building on the current trend for prison dramas by presenting events from the unique viewpoint of those charged with keeping the peace between inmates. DQ hears from the writing team behind the show.

With the success of Orange is the New Black and Wentworth, the return of Prison Break, and shows such as Spain’s Vis a Vis (Locked Up) and Brazil’s Supermax breaking out around the world, the current prison drama trend shows no sign of slowing down.

Last September, Brazilian network Globo launched Supermax, which blended reality and fiction as 12 people take part a reality show set in a former prison, all with one thing in common – they have committed a serious crime. When the production team suddenly disappears amid a series of strange events, they discover that in order to win the prize money, they will have to get out alive.

Globo is now following up that show with another prison-set series, Carcereiros (Jailers). It launched on digital platform Globo Play on June 5 and will air on the main network in 2018.

Inspired by Dráuzio Varela’s novel of the same name, it stars Rodrigo Lombardi as Adriano, a correctional officer who endures the difficulties of prison life – both his own and those of the inmates.

Adriano is charged with keeping the peace inside the jail but also faces pressures in his home life, from his wife who wants a baby, to his teenage daughter and his father, a former jailer himself. Tested daily with ethical and moral dilemmas, he lives between walls and prison bars, weapons, threats and conflicts – both human and psychological.

Writer Marçal Aquino explains: “The series revisits the prison system’s universe, but this time from the perspective of a correctional officer. We created characters who narrate the hardships of everyday life in prison, showing the clashes and tension between state and crime.”

Co-writer Fernando Bonassi adds: “The reality of Brazilian prisons – which manifests itself almost daily in the form of riots, massacres and prison breaks – influenced us more than the available fiction like books, movies, plays and series.”

Produced by broadcaster Globo and Gullane/Spray Films, Carcereiros is distributed internationally by Globo. It was the only Latin American production to be selected for this year’s MipDrama Screenings in Cannes and was subsequently awarded the Grand Jury Award (full episodes category).

Here, Aquino, Bonassi and Dennison Ramalho, who wrote the drama with Marcelo Starobinas, reveal more about how the series was developed.

What are the origins of the show?
The series was loosely inspired by the book Carcereiros, written by Dráuzio Varella.

How was the story developed for Globo?
To speak about a character who lives among prisoners, but not as one of the convicts, we worked with [writer] Dennison Ramalho to develop plots that show how such a stressful and threatening atmosphere lingers beyond the protagonist’s work environment, as he ends up ‘imprisoning’ his family.

How would you describe your writing process?
After the synopses were drafted, we wrote the scripts in collaboration with screenwriter Marcelo Starobinas.

How did you work with the director to develop the visual style and tone of the series?
The script served as the basis for the director and his team to work freely on the design of the series’ visual concept and also to guide them in setting its tone.

Where was the series filmed and how were locations used in the script?
The series was shot in a yet-to-open prison located in the city of Votorantim, in the state of São Paulo.

In what ways does Jailers stand out from other Brazilian dramas?
Jailers presents the tragic reality of the Brazilian prison system from an original point of view, focusing on the perspective of the jailer – a character left aside in the previous productions on the subject. Our goal was to examine the prison universe, already deeply scrutinised in books, films and series, but from an unprecedented viewpoint. This enabled us to address the day-to-day work routine faced by such professionals and its implications for their personal lives. Do they carry the stress and savagery they are often exposed to at work into their homes? What kind of a father, son and husband can a jailer be? What about their families – how do they deal with the constant and intense concern of having a loved one exposed to such an insecure environment? These and many other issues have guided our work, and we hope they will bring about curiosity and arouse discussion among viewers.

What do you hope viewers take away from the series?
Our goal is to encourage reflection on what is a serious aspect of Brazilian reality, while always making it clear it is an entertainment piece.

What are you working on next?
Actually, the second season of Jailers.