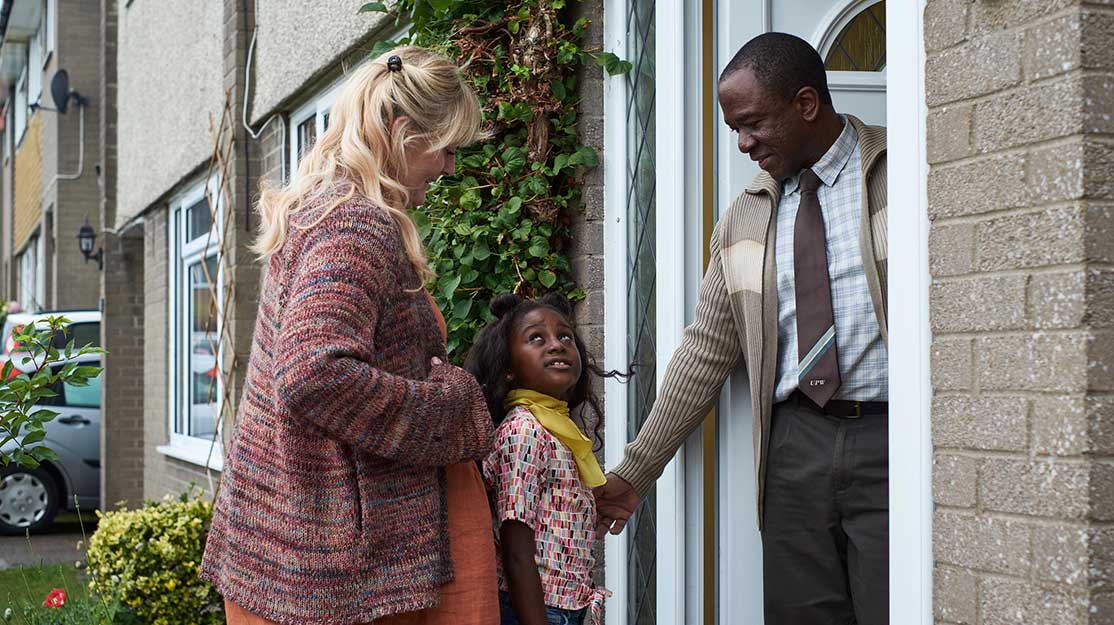 Jack of all trades

As British drama Kiri makes its US debut, writer Jack Thorne tells DQ about penning the four-part miniseries and his approach to writing, with upcoming projects including The Eddy and His Dark Materials.

Widely regarded as one of the busiest people working in television, Jack Thorne hardly has a spare moment. So it’s no surprise that when DQ catches up with him, the writer is in New York combining promotion of his four-part miniseries Kiri with preparations for the Broadway transfer of his West End play Harry Potter & the Cursed Child.

Having worked on Skins and the Bafta-winning The Fades, Thorne is best known for collaborating with Shane Meadows on miniseries trilogy This Is England, as well as The Last Panthers, feature film Wonder and an episode of dystopian anthology series Philip K Dick’s Electric Dreams.

More recently, he penned National Treasure, which sought to examine the fallout from a public figure being accused of historical sexual assault. But his most recent television outing is Kiri (pictured above), which launches on Hulu on April 4 and examines the disappearance of a young black girl (Kiri) who is soon to be adopted by her white foster family, and the trail of lies, blame, guilt and notoriety that follows.

Central to the drama is social worker Miriam (Sarah Lancashire), who arranges for Kiri to have an unsupervised visit with her biological grandparents, leading to her abduction. The series reunites Thorne with National Treasure producer The Forge and distributor All3Media International.

“It was quite stressful,” Thorne says of writing Kiri. “I was so happy with National Treasure and I feel very confident now in it in terms of what it said. So I was very anxious Kiri had something to say and what it had to say was something worth saying. The first draft of Kiri was one of the worst drafts I have ever handed in. [Executive producer] George Faber took me to dinner to say, ‘This is brilliant but a mess.’ He was being nice by saying it was brilliant but there wasn’t anything brilliant about it. Then started a long process of excavation.”

Writing Kiri was particularly troublesome because it was so personal, Thorne explains. His mother was a social worker, while he and his wife have looked into the adoption process, so transplanting those experiences and memories into a television drama proved to be a “scary process,” particularly when the transracial element opened up even more avenues to consider.

He continues: “All you have got to do as a writer is tell the truth but sometimes telling the truth is really tricky, and on Kiri it was. You’re dealing with a wasp’s nest of issues and that wasp’s nest is full of other people’s scars. Episode two sent me mad.”

Faber was also instrumental in helping solve the conundrum of the story’s structure, which shifts perspective between several different characters in a narrative method known as a relay race. “I thought about how to structure it and that idea came about, which is what Abi Morgan did brilliantly with [BBC drama] Murder. If I’ve got another show that can be my model, that makes me feel better,” he says.

Thorne says he works out a lot of knots in the storyline by writing through the problems, though he admits he needs to know the end of the story and what he thinks about it before he turns out a script. National Treasure proved to be an exception to the rule, however, when it came to deciding the courtroom verdict.

“I remember the moment when we realised [central character] Paul was not guilty as being quite late on, but we were talking about how we felt about him all the way through. He was guilty for a long time. It was just in that moment, going, ‘It’s a drama about someone who’s going to be found not guilty,’ and what that means and what that says.”

“In Kiri, it was about who did it and what that means. When it became clear it was about someone’s indignation that someone else wasn’t grateful for what they’d given them and that psychopathic anger inside him, we thought, ‘OK, that’s the truth we’re getting to, so how does every episode ask a question that leads to that ending?’”

Like National Treasure, the themes of blame and responsibility and the role of the media run through Kiri, so although it wasn’t billed as such in the UK (where both shows aired on Channel 4), the two miniseries form the first two instalments of a planned trilogy. In the US, it will air under the title National Treasure: Kiri.

“Hopefully we’re going to get a chance to do a third one, and hopefully [the link] will become clear,” Thorne explains. “It was always in my head as a trilogy of different things. Season one was gender, season two was race. Season three I know what it is but I don’t want to curse it [by revealing too much] and hopefully it will all join together in a way that makes sense for people. I’ve got a story but I’m trying to work out how to make it function.”

Work only seems like work when you’re not enjoying it, and that’s certainly the view Thorne takes, admitting that he takes on so many jobs simply because he likes writing. He points again to Morgan who, speaking on the Royal Court podcast, describes the moment she realised she had taken on too much work was when she had 14 projects on her slate and felt like she was constantly having affairs with each one, forcing her to strip back her workload.

“I don’t feel I’m quite in that place,” Thorne admits. “But I recognise the danger and it’s important not to overexpose. I’m also working out how, in an age when inclusivity is becoming increasingly important, to use my voice to make things better, rather than just propagate a world that is over-dominated by white men. I’m doing a lot of thinking about that at the moment. Visibility has always been very important to me and my logic has always been if I can get those faces and stories on TV, then I’m doing alright. I’m just working all that out.”

For television, Thorne is now developing The Eddy, a musical drama for Netflix with La La Land director Damien Chazelle, and the highly anticipated adaptation of Philip Pullman’s His Dark Materials triology of novels, first announced by the BBC back in 2015. Thorne came on board in April 2016. Season one, based on the first book, Northern Lights, introduces Lyra, an orphan whose search for a kidnapped friend uncovers a sinister plot involving stolen children, all set in a parallel universe where science, theology and magic are entwined.

“We’ve been together working on it for so long now. I’ve written all eight episodes of the first season and am rewriting them now,” Thorne says. “It’s been joyous so far, working out how to do it to make it work.

“There’s huge pressure. My job is to tell Philip’s story as well as I can. In doing so, I have to make decisions [about what to keep or cut out]. There are constant battles in how we tell these stories as well as you possibly can, but we’ve got a lot of time to tell them as well. Hopefully we can please everyone. That’s the aim but I’m tremendously scared.”