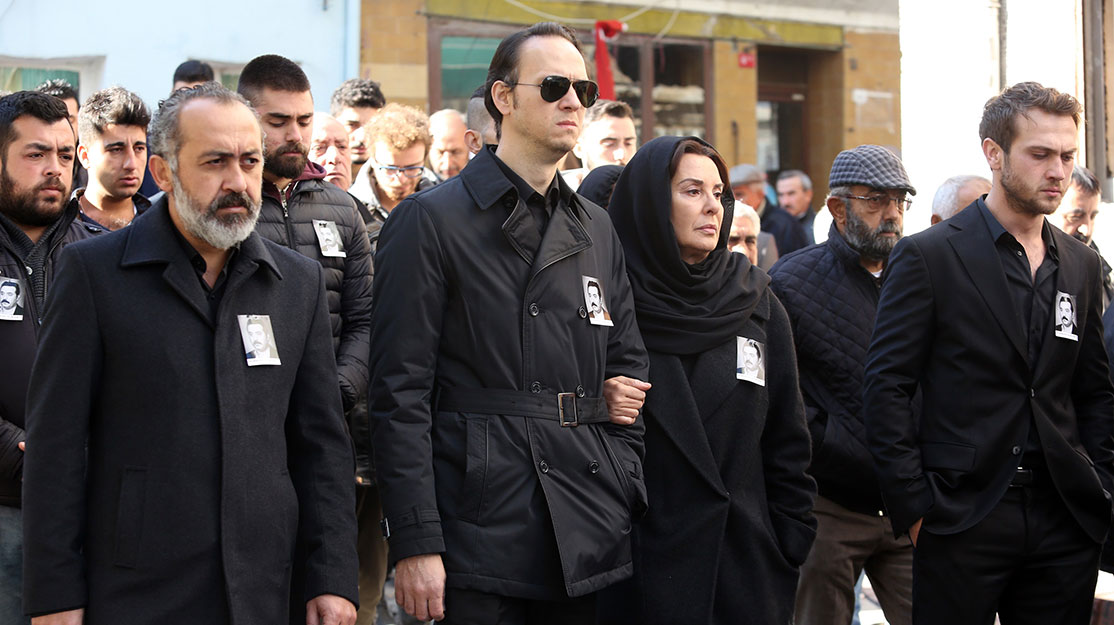 The writer and the executive producer behind Turkish crime drama Çukur (The Pit) tell DQ about the series, which mixes themes of love, family and community in the story of a man who returns to his old neighbourhood to become head of a criminal clan.

Turkish drama Çukur (The Pit) tells the story of Yamaç, a young man from the influential Koçova family that rules over Çukur, one of the most dangerous neighbourhoods in Istanbul. When he meets Sena, they fall in love and get married – but when the family he thought he had left behind comes between them, Sena follows Yamaç back to Çukur where he takes up his new role as head of the family.

Produced by Ay Yapim and distributed internationally by Inter Medya, the drama stars Aras Bulut Iynemli as Yamaç, with Dilan Çiçek Deniz as Sena. It is due to return for a second season on Turkey’s Show TV this autumn.

Following Çukur’s official international launch at MipTV this spring, Inter Medya has sold the series into Northern Iraq, Afghanistan and Georgia. It is also set to air in Chile.

How would you describe the story?
Gökhan Horzum, scriptwriter: The Pit is basically the story of a family. This family does not just include the mother, father and children. It is a neighbourhood based on values such as fraternity, solidarity and unconditional commitment. The neighbourhood earns its money from crime. The focus is on a young man who is trying to protect his family; who does everything to protect his family. Although the genre is seen as crime, it is blended with romance, excitement, intrigue and a dose of comedy.

What are the key elements of the show?
Horzum: The story is based on a father whose past is full of conflict. He has paved his way through crime and is not afraid to commit acts of violence for his family and community. He raises his sons so that one day they can replace him. However, the youngest son refuses to be a part of this life, and leaves the house. But what happens if this son has to return to seize the inheritance?
A woman who comes from a traumatic family, all alone and dishevelled, meets a man who really loves her for the first time and falls in love. She has to leave behind the life she knows and go with the love of her life so he can become the leader of a criminal family.
A lonely man plans revenge on someone who has abandoned him all his life. As time matures, he takes action. But what happens when he finds out that everything he thought was right until today has a completely different background and, in addition, meets his childhood love?

Tell us about your writing process.
Horzum: At first, I searched for pictures of contrast. A modern figure who plays punk or rock on stage in a bar; and another, traditional, figure holding prayer beads, with a typical Turkish suit – a man who everyone calls the ‘father.’ Then I tried to find ‘injured’ characters. These are characters who still carry scars from various traumas.
Even if it seems that they are pursuing a common goal, they only pursue their own goals. I’ve tried to bring those who have wounds together with those who have misplaced them. Then I stepped into their shoes and tried to intervene as little as possible.

How are the storylines featuring the Koçova family and Yamaç and Sena intertwined?
Horzum: Initially, Yamaç was a man who was away from his family and played rock music in a bar at the weekend. He did not know what to expect from life. He met Sena. They fell in love and clung to each other. Sena has no roots, while Yamaç rejects his roots – until the day he finds out that his family is on the verge of disappearing, so Yamaç has to return, taking Sena with him. If all went well, they have would left, but that doesn’t happen. They both fall into the ‘pit.’

How did you work with the director to create the style of the series?
Yamac Okur, executive producer: We had worked with the director, Sinan Ozturk, previously on our TV series Insider. He was the director of the second unit. The Pit is his first TV series as a director. At the beginning, we had the general story of the first season and the scripts for four episodes. Each year there are more than 100 TV series produced in Turkey; only a dozen of them are successful enough to finish a season. The duration of one episode in Turkey is approximately 120 to 130 minutes. So our first aim is to attract the audience to the show and then make them to stay with it by having a fast rhythm and fast editing with lots of cuts. We watched more than 1,000 auditions and at the end we cast the most talented actors who would work best for the characters. Our team is also very talented. Composer Toygar Isikli, editor Serdar Cakular, DoP Tolga Kutluay and art director Oya Koseoglu, who we worked previously (The Insider, Karadayi, Ezel), contributed a lot towards making a unique style for The Pit.

What were the biggest challenges you faced and how did you overcome them?
Okur: The biggest challenge is to finish shooting on time. With two units, we shoot five or six days a week for one episode. Two editors also work simultaneously. With a high production quality for a show like The Pit, you have to work with the most talented actors and crew in order to meet deadlines.

How does The Pit offer a fresh take on the gangster genre?
Okur: The family is at the centre of our story. Gökhan created very strong characters that are very real. The characters and the story are all fictitious, but most of the audience thought the characters were real.

How does the series compare to other Turkish dramas? What new risks did you take for a local series?
Okur: Most Turkish series use a lot of music, and so do we. Our composer, Toygar Isıkli, composed great songs, but this time we also worked with different singers who also composed songs for us. Because of the content, we used a lot of Turkish rap music and also local folk songs. Throughout the year, our songs are always at the top of music lists.
We had a lot of action scenes. We continued our relationship with our action director Ugur Yildiran (who is also one of our actors, playing Kemal). He created a Turkish style of action. In particular, having youngsters running on the rooftops was a great idea, and that worked very well in the show.

What are you working on next?
Okur: We are working on the second seasons of The Pit and Stiletto Vendetta, and new TV series are on their way. We will also produce more films next year.