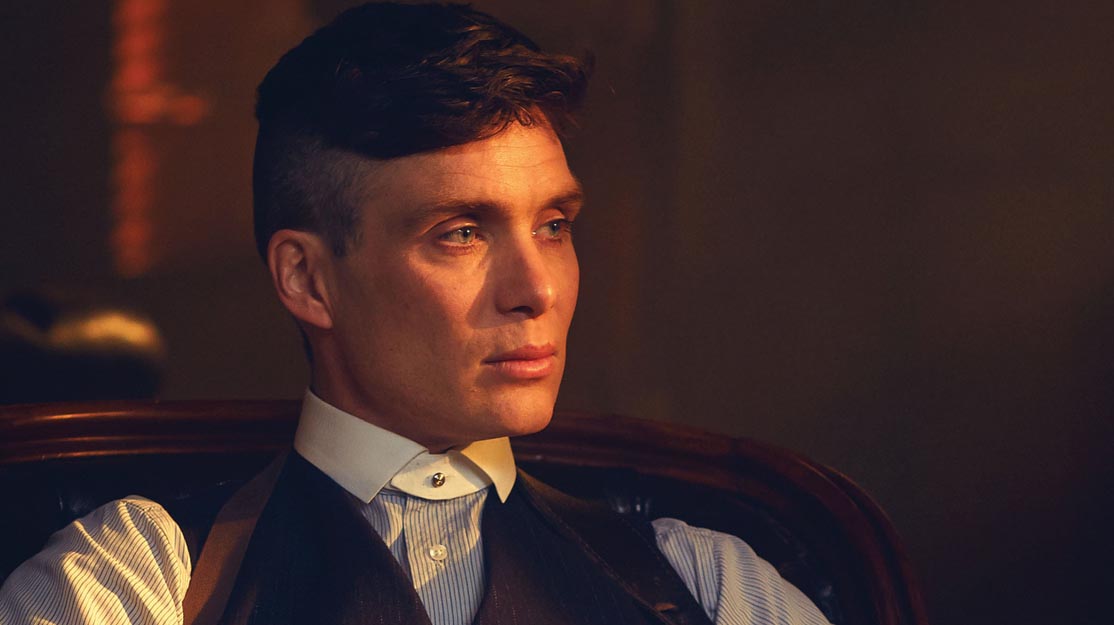 Viewers of last November’s climactic season two finale of Peaky Blinders on BBC2 were treated – and boy was it a treat – to an hour-long illustration of just why the UK period crime drama has become one of the best-received UK series of recent years, and what The Guardian has called “Britain’s answer to Boardwalk Empire.”

The sixth and final episode of the drama’s second season saw its protagonist, 1920s Birmingham gangster Tommy Shelby (played by Cillian Murphy), faced with near-impossible decisions across his business, family and love life. A finale played out at the Epsom racecourse brought the show’s dramatic tension – love and hate, law and crime, loyalty and honour, right and wrong and, of course, life and death – to a brutal climax.

The derby day denouement of Peaky’s many tense arcs was, above all, the handiwork of its writer, Steven Knight. With screenplays Closed Circuit, Dirty Pretty Things and Eastern Promises to his name, Knight was already a drama giant. But he’s perhaps less known for being the UK creator of Who Wants to be a Millionaire? – an experience that no doubt honed his faculties for high drama.

For Peaky Blinders, Knight turned his attention to post-WWI Birmingham and the historical ‘Peaky Blinders’ street gang, so named for sewing razorblades into the peaks of their flat caps, which could then be used as weapons.

Peaky Blinders was created by Knight and coproduced by Caryn Mandabach and Tiger Aspect. Jamie Glazebrook, an executive producer working for Mandabach, says the show’s genesis was almost incidental.

“Five or six years ago we had a great meeting with Steve about a different project. He called a few weeks later to say he had an idea for something else – and told us about Peaky Blinders. We loved it straight away.”

Mandabach had built an enviable reputation in the US for groundbreaking comedy hits including The Cosby Show, Roseanne and latterly Nurse Jackie. The move to a dark UK drama like Peaky took Mandabach Productions outside of its sweet spot, and it needed a partner.

“Our background is in family comedies, but we wanted to cut our teeth on a big period drama with horses and guns and a cast of thousands,” Glazebrook recalls. “Very early on it seemed the best thing for the show was to hook up with Tiger Aspect. We have been proved right: they have been geniuses at taking a relatively small budget and making it look like something that could absolutely compete with US cable.

Frith Tiplady, executive producer and head of production at Tiger Aspect, explains: “Caryn Mandabach had the relationship with Steve Knight and got the commission. The BBC asked them to partner up with a UK production house. I like to think that Mandabach came to us because of our production expertise in delivering quality on screen – interpreting the writing to deliver the best show.

“We are definitely clear on our roles and really respect what the other brings to the party. I am sure Caryn agrees. Together we have made something really special. I think it’s been a brilliant partnership.”

Knight’s scripts define Peaky. “We are here because of Steve’s words,” says Glazebrook. Tiplady concurs: “We really see our job as being like the LAPD – to protect and serve. The strength is in working with Steve, realising his vision and protecting him as the writer.”

The show’s gothic texture is grounded by a deliberately cinematic look and feel rooted in the grime of 1920s post-war industrial Birmingham, which also has more than a nod towards Sergio Leone and Ridley Scott. That production design is led by TV period veteran Grant Montgomery.

“When I first read the first script I wanted to be part of it,” says Montgomery. “Giving it a very cinematic look from the get-go helps give it integrity,” he adds. “It goes for very much a cinematic quality of storytelling. That comes really from Steven’s scripts. When you read those, you think you have got to bring everything – cinematography, prod – so of course it becomes even more high end.

“It is also then moving from Birmingham to London – from industrial second city to first city – and you have to bring all of that to the table. So the journey has to become very clear visually.”

History and a rooting in actual events is one of the things that grounds the show. So how important was this in Montgomery’s work? “Initially the industrial world was dark black and the houses were black, so it was very important for me to get that right,” he says. “And the minute detail – if you notice in season one they are all using oil lamps, and then when they go to season two they have electricity and wealth – all those details that show the changing of the period and of their status.”

Of similar importance, says Montgomery, was the use of exteriors to take viewers out of the present and give a sense of reality in the past. The challenge of creating that experience was “huge, because you don’t have an art department budget. There isn’t a Hollywood budget to build a street,” he explains. “It takes a lot of money to do that and we don’t have it, so to try to convert locations and make them as big as possible was the ambition of the show right from the start.

“Every exterior was really hard fought for, with us thinking about how we were going to do it. Maybe we would only shoot half of a street. For example, in season one you had the whole street, while this year we only had half of it – but being sneaky with our angles made it seem like more than it was.”

Peaky is reported to have cost £1m an episode to make, but in fact that figure is an underestimate. “It was about £1.3m, £1.4m and probably season two was more like £1.4m, £1.5m,” Tiplady reveals. “But that’s not surprising. It’s exactly what a big period drama costs.”

So how did the funding come together for the show? “For series one we needed more money than is traditional in UK television,” she says. “The BBC supported it through the licence fee, and we had huge help from Endemol Worldwide Distribution, which placed a very good advance. EWD and Screen Yorkshire brought in match-funding, which together was almost a third of the budget.

“What’s interesting is that series one was done before the government’s tax break and series two was done after the tax break, so they have different funding models. The change went hand in hand with the creative ambition for series two, which was so much bigger that we needed more money.

“The difference between season one and season two is probably about £250,000 an episode. So it’s a huge amount of money, and the tax break went into a huge hole. It enabled us to deliver our vision. Without it we would have had to curtail Steve’s ambition, which is something we don’t want to do.

Tiplady says the real investment was that “we were in there for the long haul. It wasn’t about series one – for us it was always about getting series two, getting series three. Steve wanted to write a saga, and if you get into bed with that kind of extraordinary writing, they you need to have faith that you can deliver quality and potential for going forwards.”

Of course, the success of Peaky Blinders lies not just in its script, nor its look. The stellar performances of lead actors Murphy and Sam Neill, joined by Tom Hardy and Noah Taylor in season two, are also a big part of the show’s success.

For Tiplady, the production has been dependent on the goodwill of the lead performers. “We operate with no options for them so there is a definite love for the project,” she says. “We are punching above our weight.”

A haunting goth-punk soundtrack, curated by singer-songwriter PJ Harvey and Paul Hartnoll of electronic dance duo Orbital, lends a dark and unsettling texture to the show from the off. Not least with their choice of Nick Cave’s vengeful anthem Red Right Hand as Peaky’s theme tune. The White Stripes, Arctic Monkeys and Johnny Cash add to the dark-days soundtrack.

Tiplady says the show’s strong emphasis on pre-recorded artists presented its own challenges, not least because of the way the music industry itself is funded: “Music is extraordinarily expensive, very confusing and very complicated. I do think royalty-wise it needs a massive overhaul. The costs are such an important part of the process, but economics often force you down the composer route.

“When you are trying to do something creatively different like we are doing in Peaky, the only way we can do it is to get those artists involved at the production stage, which is fantastic and has worked extremely well – but that is very unusual and very hard.

“The music industry is finding other ways to explore things creatively. If the rights could actually shake up and release us then potentially we could see more shows like Peaky just being really rewarding for everybody. But I think the setup is so antiquated and I am not quite sure who it is looking after at the moment.”

With season three now confirmed (the producers announced it via Twitter in November), what are the challenges ahead? Glazebrook says: “I think we have a little bit more time. We were very tight in series two and, to an extent, Colm McCarthy was already directing when the final episode came in. So we were flying blind. Everyone who has seen that final episode will see it was pretty much all in new locations. That was hard, so we don’t want to put our director through it again.”

“We are going to have slightly longer to actually produce the show, so in essence that makes things 100 times more easy,” says Tiplady. “The driving force with Peaky is to keep pushing quality high and deliver an extraordinary viewing experience to the audience. Maintaining that is crucial to all of us, so that will be the challenge.”