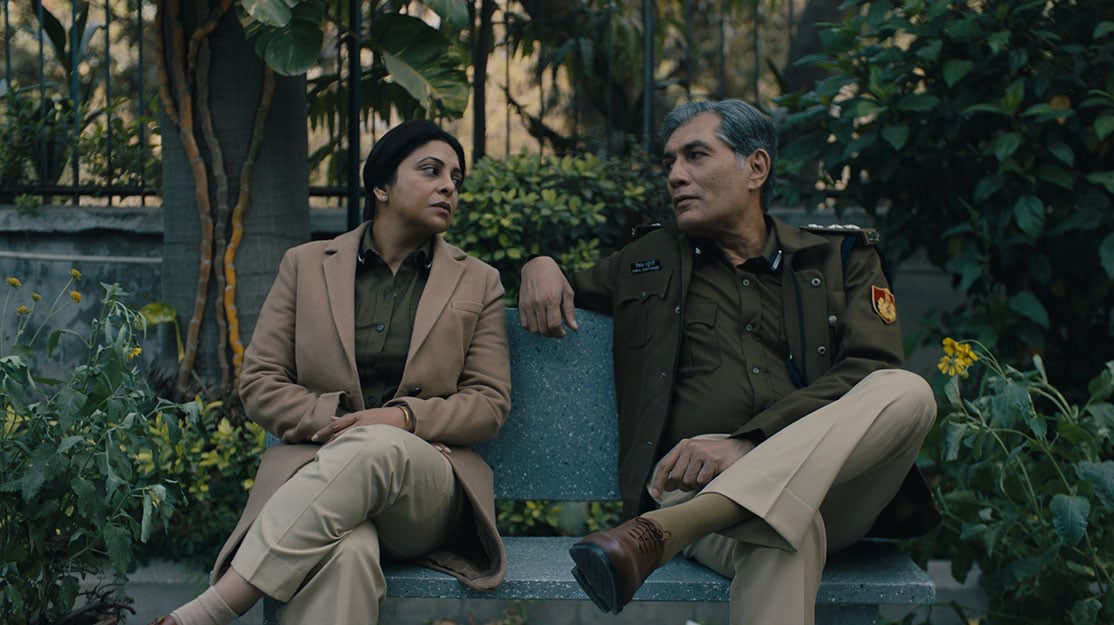 Netflix’s acquisition of Richie Mehta’s manhunt series Delhi Crime made waves at this year’s Sundance. Here, the showrunner tells DQ why he decided to plough ahead and make the Hindi-language drama, despite having no broadcasters attached.

Richie Mehta wasn’t planning on making a TV series. The filmmaker – whose predominantly India-set movies include 2007’s Amal and 2013’s Siddharth, as well as the 2016 documentary India in a Day – was in Delhi in 2013 working on a movie script when he crossed paths with family friend Neeraj Kumar, a former commissioner for Delhi’s police force.

“He looked at my script and said, ‘Alright son, forget about this. The story you should be doing is about this gang rape on the bus,’” Mehta tells DQ.

The event in question, which forms the basis of Mehta’s seven-part series Delhi Crime, is the infamous December 2012 assault on a private bus in South Delhi, which saw a 23-year-old female physiotherapy intern brutally beaten, raped, tortured and murdered by a gang of men.

The horrific crime prompted international shock and condemnation, leading to protests and riots, and forced India into a national reckoning over its treatment of women. “I was in Delhi when it happened; I saw the protests that had arisen, I saw the riots,” Mehta remembers. “It was insane. The whole country was moved.”

A week-long manhunt led to the apprehension of the men responsible. One died in custody, another – a minor at the time of the attack – was sentenced to three years in prison and the remaining four were sentenced to death by hanging.

After mulling the idea, Mehta, who is Indo-Canadian and Toronto-based (and also no relation to filmmaker Deepa Mehta), initially rejected his contact’s proposal, suggesting that a local or female filmmaker might be better placed to tell the story.

Sensing the filmmaker could be swayed, Kumar dismissed his protests. “He said, ‘I have seen your work, I think it should be you. I am going to give you some police files, I’m going to give you the verdict – which is 350 pages – and I’m going to introduce you to all the investigating officers involved, especially the woman who led the investigation, [revealing] how these six guys were caught across the country in six days with no information on them. And if you think there is a story there, I will give you the world on this.’”

Ultimately, the access proved irresistible. “They trusted me with so much information that they had never trusted anyone with,” the showrunner recalls. “As I got all these details, I realised this could be a compassionate look at law and order, done in a way that not only illuminates the issues these people face trying to do the right thing, but also how this manhunt across North India was so sprawling and so varied that each detail revealed another aspect of why this thing happened.”

With such extraordinary access, one might wonder why Mehta chose to make a drama, rather than a documentary. But he says the open doors came with caveats.

“Whenever I would meet the Delhi police and talk to them, they would say, ‘You’re not recording this, are you?’ because they could be held accountable. It’s a very media-savvy culture and they would get nailed. So I would say, ‘No, I am taking notes.’ They were telling me really intimate details about their lives, but they would say, ‘If you want to recreate it, go ahead. You can generalise this point but please don’t make it specific to me.’

“So, I realised I could actually be more truthful if I depicted it dramatically rather than with a documentary, of which there have been many. People would come from the CBC and the BBC to interview them and they would just tell them what they wanted to hear, because that was the safe thing for them.”

After opting for a dramatic approach, there was still the question of whether to make a movie or an episodic work. It was former high-ranking HBO executive David Levine who first convinced Mehta to adapt the story into a TV series, rather than a feature. (Levine stepped down as HBO’s exec VP and co-head of drama in February, after more than a decade with the pay TV network, to become Anonymous Content’s president of television.)

“He said, ‘Why don’t you go write it and then I can look at it,’” Mehta recalls. “I said, ‘I don’t know how to write a TV series.’ So he said, ‘I will give you all the research material from The Wire and I will teach you how to write a series.’ And so for two years he taught me how to write a series based on that material, purely because he wanted to see this exist. He’s a wonderful person and a real collaborator.”

As the months passed, the filmmaker would send various drafts to the exec, receiving notes and rewriting accordingly. “One of the things I learned from my HBO tutelage, in a series like this, it’s that it’s the opposite of a film’s priorities,” he explains. “It’s world first, character second and plot third, which is the exact opposite of what you would do with a film.

“If you have a supermarket paperback, its plot-oriented,” he adds. “Whereas if you have a piece of literature, you have your tree trunk, which is the plot, and you have the branches, which are character digressions that add to the world. You are allowed to do that in this space, versus in a film where you are not. That became a guiding light for me. Yes, the trunk is the plot of this manhunt, but really the value of this tree is the leaves that come from the branches.”

Despite Levine’s support, broadcasters and networks – including HBO – were skittish about the prospect of taking on such a dark work. “In the West, they would say, ‘It’s Hindi language; not really for us,’” says Mehta. “And in India they said, ‘We don’t want to touch this.’ I would take it to broadcasters and they would say it was too controversial.”

Heading into production with no broadcaster attached constituted a significant risk. But the gamble paid off this January when Netflix purchased global rights to the series at the Sundance Film Festival, in a landmark deal that marks the first major global rights, scripted episodic sale in the festival’s history. Such deals have been commonplace for years for feature films, but with Sundance only in its second year of hosting an independent episodic strand, the acquisition is the first of its kind.

While the first two episodes screened at Sundance under the title Delhi Crime Story, Netflix has retitled the series as simply Delhi Crime, with all seven episodes dropping globally on March 22. The streaming giant also plans to build the show into an anthology series, telling further Indian crime stories under the banner.

Simran Sethi, the streamer’s director of international originals, describes the series as “an important story told with sensitivity and responsibility,” adding: “Shows like this bring a much-needed lens to the lived reality of women around the world.”

Mehta reflects that the acquisition brings a happy ending to what was, in many respects, “a huge gamble” for his international producers. “For me, the risk was time and energy, but they rolled the dice and put in their money,” he says.

“And it was a huge risk because it was a very controversial subject and it was a big project. There were more than 200 actors, 400 locations and seven hours of content. And they were gracious enough to give me the freedom to figure it out.”