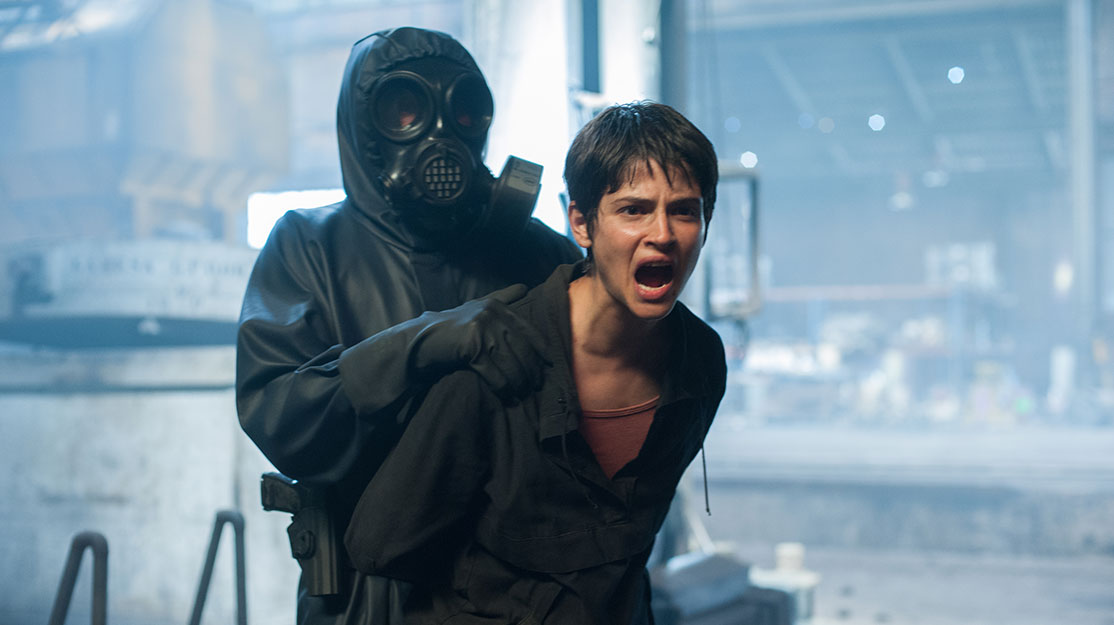 Directing brothers Jorge and Alberto Sánchez-Cabezudo talk about the inspiration behind Spanish thriller La Zona (The Zone), an eight-part drama that follows the hunt for a murderer three years after a catastrophic nuclear tragedy.

Deadly nuclear disasters of the kind that have become synonymous with locations such as Chernobyl and Fukushima have all the ingredients for compelling television drama. Death, tragedy, environmental devastation and the displacement of hundreds, if not thousands, of people can inspire a wealth of stories, not forgetting the chance to recreate catastrophic explosions and the events that precede them.

One such series currently in production is the aptly titled Chernobyl, the first coproduction between HBO and Sky Atlantic. Starring Jared Harris, Stellan Skarsgård and Emily Watson, it dramatises the true story of one of the worst man-made disasters in history and the people who tried to save Europe from tragedy in April 1986.

The two disasters were also the inspiration for Spanish drama La Zona (The Zone), though this series transplanted the cause and effects of an explosion to a fictional setting in northern Spain.

The eight-part series, commissioned by Spanish pay TV platform Movistar, follows what happens after a nuclear power plant meltdown leads to the creation of a contaminated no-go area and leaves the nearby provincial city and its inhabitants in a state of shock and mourning. One of the victims is police inspector Hector Uria (Eduard Fernández)’s 20-year-old son Fede.

Three years after the event, the discovery of a mutilated body in a warehouse and a spate of other mysterious killings take Hector’s search for the murderer deep into the contamination zone, where he uncovers a smuggling racket controlled by the company in charge of the clean-up.

As a survivor, he must also confront the demons of his past – the same demons also haunting doctor and public health official Julia (Alexandra Jiménez), Hector’s wife Marta (Emma Suárez) and his daughter Ester (Marina Salas).

“It’s something mysterious, very intense and exciting,” Alberto says of the idea behind La Zona. “We work a lot in documentaries so we like to go deep into the news. We were about to pitch the project but we had to stop because of Fukushima [in March 2011] so we put the project aside.

“Then two years ago we asked what was happening with Fukushima and it was really amazing. We discovered a lot of things were going on and it was about normal people. So we found a lot of interesting things to add to the project.”

The brothers admit their working relationship is “complicated.” Alberto says: “We work together so we design the production, the settings, the casting, then when it’s time to shoot, Jorge directs and I’m more like an executive producer, supervising the whole show.”

They also write together, taking half the episodes each and adding lots of visual elements to the scripts so their vision is on paper before shooting starts. La Zona is a thriller at its heart but it’s also incredibly atmospheric.

“There’s a lot of silence, a lot of scenes without dialogue,” Jorge notes. “We also have a lot of perspective, but it’s not just one point of view; it’s many, of the same thing sometimes. It’s very interesting to shoot that way because you have one main character but, in the second chapter, you have another point of view, and again in chapter five. It’s very funny to play with what the audience knows about the characters and what the characters know about the investigation. It plays on the tension.”

The murder investigation is at the heart of the story, with Hector on the hunt for a killer. “The special thing about this detective is he’s a victim too, so we felt very interested in this paradox,” Alberto says. “He has to contain the rage of the people but also he’s a victim, so he has to feel that grief.”

Jorge continues: “That aspect is very strong and also very emotional – there are two faces to the same character.”

Unsurprisingly for such an ambitious series, there were notable challenges – not least in finding the location for the fictional power plant and its vast no-go perimeter.

“We shot in more than 160 locations, all in natural locations,” Alberto reveals. “Our focus was on the north of Spain, in Asturias. It’s very green and the nature is amazing but it also has industries that are abandoned, like a ghost, in the middle of nature, so that feeling was very important for us. It was a challenge to produce and have so many locations, so we had two units.”

Finding the perfect locations, with many disused buildings that could simultaneously be described as contaminated and abandoned, also meant the need for building sets was vastly reduced.

“From the beginning, the important thing was to get this local and realistic aspect of the aftermath,” Alberto says. “People had to believe from the start that something like that happened in Spain. We started scouting right from when we were writing so we could add that nature, landscapes and places into the script.”

The Sánchez-Cabezudo brothers expect to return to the thriller genre in the future, but say their future projects will also continue to tackle contemporary social issues and draw inspiration from real events.

For now, La Zona continues to pick up international admirers. Earlier this month the show was taken by US premium cablenet Starz, while Germany’s ZDF acquired it last October. Movistar owner Telefonica, meanwhile, secured the series – its first original drama – for its pay TV services in Poland and Latin America.