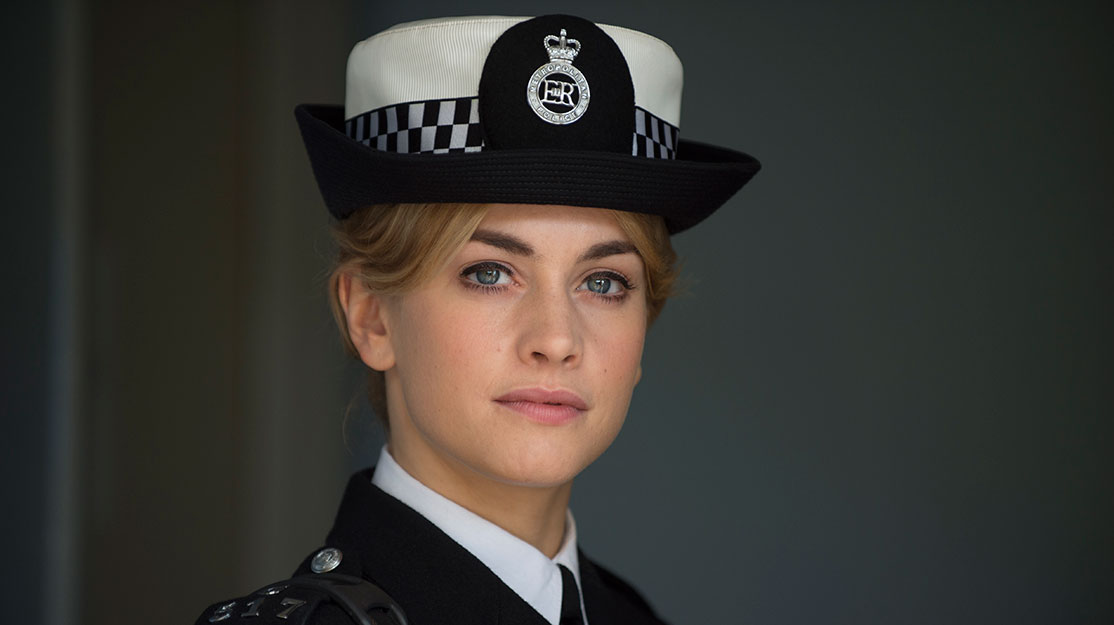 Eleven years have passed since Helen Mirren last appeared on television as Jane Tennison, a no-nonsense police detective who rises through the ranks while solving complex cases and battling sexism.

Now viewers are set to see how she started her career in Prime Suspect 1973, a prequel to the original series that introduces Tennison an ambitious, single-minded 22-year-old probationary officer.

The six-part drama, which debuts on ITV in the UK on March 2, throws her into a brutal murder enquiry when the body of a young girl is discovered, all while fighting to establish herself in a male-dominated world of a 1970s police station.

Based on Prime Suspect creator Lynda La Plante’s novel Tennison, it’s written by Greg Laker (Home Fires) and produced by Noho Film and Television. It is produced by Rhonda Smith (Fresh Meat), directed by David Caffrey (Line of Duty) and will be distributed internationally by ITV Studios Global Entertainment.

With a cast including Sam Reid, Blake Harrison, Alum Armstrong and Jessica Gunning, Prime Suspect 1973 sees Stefanie Martini (pictured top) as the young Tennison in what is the actor’s first leading role.

A graduate of London’s Royal Academy of Dramatic Art – aka RADA – Martini’s fledging career has involved roles in Inspector Morse prequel Endeavour and the Julian Fellowes-penned Doctor Thorne, in which she starred opposite Tom Hollander. She has also appeared this year in US drama Emerald City – but she admits starring in Prime Suspect 1973 was an entirely new proposition.

“It was a really formative experience for me because I’d never really done anything that full-on before,” Martini tells DQ. “I’d never been in [a show] that much before and had to get my head around such a long story. The cast is really lovely and when I watch it back, I think it’s really cool and exciting and I really hope people like it.”

Having played romantic interests before, Martini was attracted to the opportunity to play a “practical person” such as Tennison, who from the start displays her innate skill and ability to hunt down clues and push a case towards its conclusion.

“When I’m auditioning for things, I try to remain detached and not get too hopeful, else you end up emotionally destroyed,” she admits. “But I was really excited about this. We didn’t have any scripts to read but the scenes we had gave an idea of the tone of the whole thing.

“It was a very different character for me and it was nice, the idea of being in something quite gritty and crime-based, rather than a period drama or fantasy.”

From the beginning, Martini was adamant that her portrayal of Tennison should stand apart from that of Mirren, who played the character for seven seasons.

“I didn’t speak to Helen; her work is great in Prime Suspect and it’s brilliant to have that as a starting point for me to work with, but the character that I’m portraying in this series is so different – they’re 20 years apart,” she says. “I’m a different actress as well – I couldn’t have done the same things she did, so I had to see it in a separate way. But she obviously influenced my decisions for the character but I had to keep myself separate from it.”

Martini describes Tennison as a “very eager, naive and awkward” person who doesn’t yet have the experience to back up her enthusiasm. “She oversteps the mark and anticipates stuff and gets involved in things when it isn’t her place to do so,” the actor explains. “By the end, she’s a little bit hardened, a little bit more confident; she knows how things work a little bit more. But throughout she has that spark and brilliance, a mind that works in a really clever way to help solve cases. Her inner strength and the thing inside her that makes her a good detective doesn’t change, but the way she sees the world and the way to approach cases does change.”

The actor says Prime Suspect 1973 was a very collaborative affair on set. “We all had a really good relationship with the director, and it felt like if you didn’t believe in something or didn’t understand something, that was a conversation you could have where you could question it,” she recalls. “You might just end up understanding why [Tennison] said something like that or why that happened a bit better, or you could change it. It was very easy and open, it was a really nice atmosphere to work in.”

The relationship between the actors was equally harmonious, Martini adds, as the cast came together during filming last summer.

“It was great, it was a really funny group of people,” she says. “It was me and Jess and the boys really. But we all got on so well and had a real laugh doing it last summer. The scenes we had were sometimes quite heavy so it’s nice to have relationship with people where you can have a joke with each other. It was really good.”

As episode one opens, Martini’s Tennison is involved in a foot race as she unsuccessfully chases down a street mugger. It’s an early sign of the physical demands of the role, but Martini reveals the most difficult aspect was juggling the character’s emotions as the four-and-a-half month shoot took place out of sequence.

“I had to keep six hours of storyline out of sequence in my head and make sure I had the adequate amount of preparation for each scene when I was in so much, really knowing what I wanted and where I was coming from,” she explains. “Because she’s responding a lot of the time and just taking things in, that can sometimes make you feel as an actress that you’re not making any choices and you’re not doing anything interesting. But you just have to stay in the story. I learned a lot from other people – and there were lots of scenes where I had to look like I really knew how to use a typewriter!”

With a starring role alongside Christina Hendricks and Gillian Anderson in Crooked House, the forthcoming big-screen adaptation of the Agatha Christie novel, Martini looks set for a breakthrough year in 2017. And for her next television role, she’s looking for something contemporary and modern, and says she isn’t afraid of using an accent.

“As long as it’s diverse, I want to keep challenging myself and to not get comfortable in one thing or in one place,” she adds.

“The main thing is having a three-dimensional character to get into. If it’s ever [a character that] doesn’t have anything to say or doesn’t have any flaws or anything interesting about them, I’m not particularly interested in it. But as long as there are things to discover and the psychology is well-written enough and I can work out how this person works, it’s all good. That’s all I really look for. I’ve been really lucky to have some really interesting female parts. I’ve never been a trophy.”