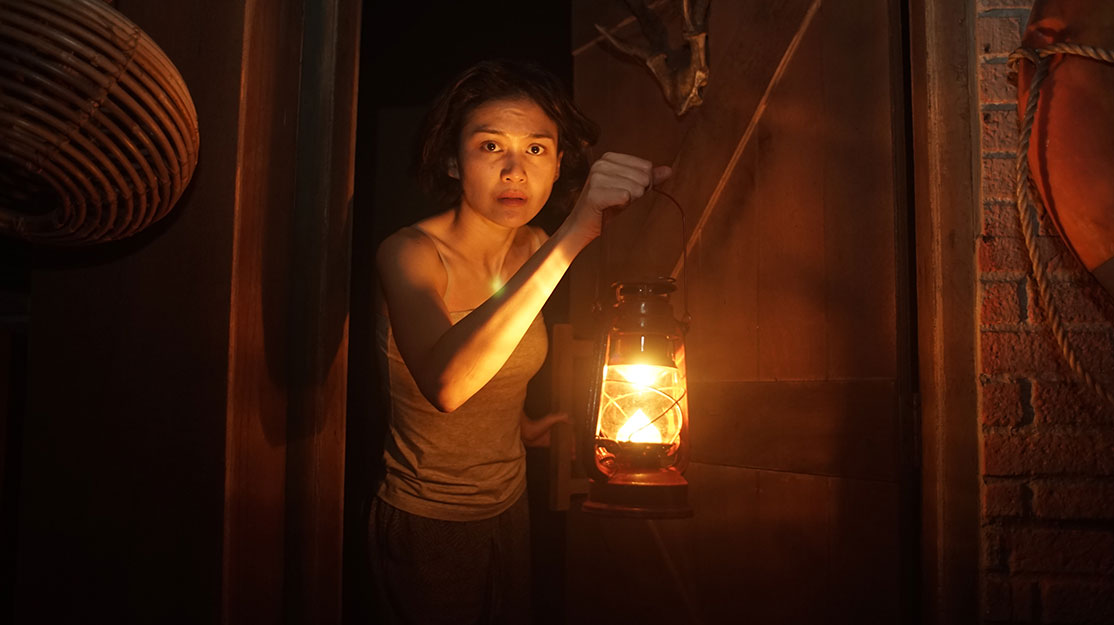 Eric Khoo, showrunner and director of HBO Asia’s Folklore, reveals how he drew on the region’s myths and legends to create the ambitious horror anthology series.

It’s billed as HBO Asia’s first horror anthology series. But that description fails to do justice to the creative ambition and complexity of production that went into making six-part drama Folklore.

Each episode of the scripted project takes place in one of six different Asian countries – Indonesia, Japan, Korea, Malaysia, Singapore and Thailand – based on that nation’s deeply rooted myths and legends and featuring supernatural beings and the occult.

Every instalment also has a different director and is filmed in the primary language of the country in which it is set, giving an indication of just how complex the production has been.

In particular, each story seeks to modernise or update Asian horror, a genre known around the world largely thanks to films such as The Eye, Audition, The Grudge and Ring and, in some cases, their US remakes. The series also aims to showcase each country’s brand of horror, but with themes that will resonate with audiences across the continent.

Folklore, which debuts on October 7, is an HBO Asia original series produced and created by Singaporean filmmaker Eric Khoo, who is also the showrunner and helmed episode three, Nobody, which is set in Singapore. Other directors include Joko Anwar (Halfworlds) from Indonesia, Takumi Saitoh (Blank 13) from Japan, Lee Sang-Woo (Barbie) from Korea, Ho Yuhang (Rain Dogs) from Malaysia and Thailand’s Pen-Ek Ratanaruang (Samui Song).

Episode one, A Mother’s Love (pictured top), is set in Indonesia. It stars Marissa Anita and Muzakki Ramdhan in the story of a single mother and her young son who discover a group of dirty and underfed children living in a mansion’s attic. Upon saving them and returning them to their families, she discovers she has snatched these children from their adopted mother, supernatural being Wewe Gombel, and must now face her vengeful wrath.

From Japan, Kazuki Kitamura (Kill Bill) leads the cast in episode two’s Tatami, in which a murder-scene writer returns home to attend his father’s funeral and begins to experience flashbacks to his childhood. He then discovers a hidden door in the house that leads to a room containing a horrifying secret from his family’s past.

Singapore entry Nobody, episode three, sees a vampiric ghost known as a Pontianak awoken when a foreman and a construction worker attempt to bury the body of a dead girl instead of burning her, leading to frightening events occurring at the construction site. The cast includes Li Wen Qiang, Maguire Jian, Sivakumar Palakrishnan, Aric Hidir, Louis Wu and Dayang Nurbalqis.

Thailand’s Pob, the fourth instalment, opens when a journalist meets Pob, a Thai ghost, who confesses to a murder. The ghost asks for his story to be published but when the journalist declines, they make the deal of a lifetime. Nuttapon Sawasdee, Parama Wutthikornditsakul and Thomas Burton Van Blarcom star.

Episode five, Toyol, comes from Malaysia and features actors Bront Palarae (Halfworlds), Nabila Huda and Redza Minhat. It sees the member of parliament for a small fishing village turn to a mysterious woman with shamanistic powers in an attempt to reverse his town’s dire economic fortunes. She fixes his problems and the two become lovers – but she holds a dark secret that threatens to destroy his life.

Finally, Korean entry Mongdal follows the story of a boy who falls in love with a girl and vows to win her over at any cost. But when events take a tragic turn, his mother then determines to make her son happy, even if it means finding a bride to join him in the afterlife. The cast includes Lee Chae-Yeon (Running Man) and Jeong Yun Seok.

A Mother’s Love and Pop were both recently screened at the Toronto International Film Festival, with Folklore standing as the 12th HBO Asia Original production to date. Other upcoming scripted series include Grisse, an eight-part period drama set in the mid-1800s within the colonial period of the Dutch East Indies.

Here, Folklore showrunner Eric Khoo tells DQ more about how the series was made.

What are the origins of Folklore?
Khoo: I’ve always been a big fan of horror and the original Twilight Zone series. As Asia has a rich culture of paranormal tales, I felt it would be wonderful if I could create an anthology series with directors from the region for HBO Asia.

Was it initially conceived as a pan-Asian drama?
I have always seen the series as a celebration of Asia’s diversity. So from the start, I wanted the episodes to be in their native language so that the richness of the different territories could shine through. I would have liked to have included other countries such as the Philippines and some of the other emerging markets, but as it was our first step into doing a series of this scale, we decided to just do six and not be too greedy.

How would you describe your role as showrunner on Folklore?
As showrunner, I wanted to get the best directors for the series and give them total creative freedom so that once the scripts were sealed, they could work towards achieving their vision.

How did you work with the different directors to ensure each film was different while still part of the same overarching series?
They’re all my friends and directors who I respect. I wanted each standalone episode to be as different as possible in terms of tone, form and story, so it was important to go through their treatments first, give feedback and work on the material with them.

Did the crew stay the same or did each film have its own team?
Each director worked with their own production team, though we had several producers from Zhao Wei films to oversee the production of the individual episodes throughout Asia. We had total trust in the directors to assemble their local teams.

How did filming in different locations affect the production in terms of restrictions or opportunities?
We had to work and think smart while collaborating with the foreign production houses. Communication was key. Of course, on every shoot there are going to be challenges, but each team worked diligently to overcome them. I am very proud of the production team in each country and thankful to them for working with us towards this collective vision.

What have been the biggest challenges making the drama?
My producers said the paperwork was a nightmare!