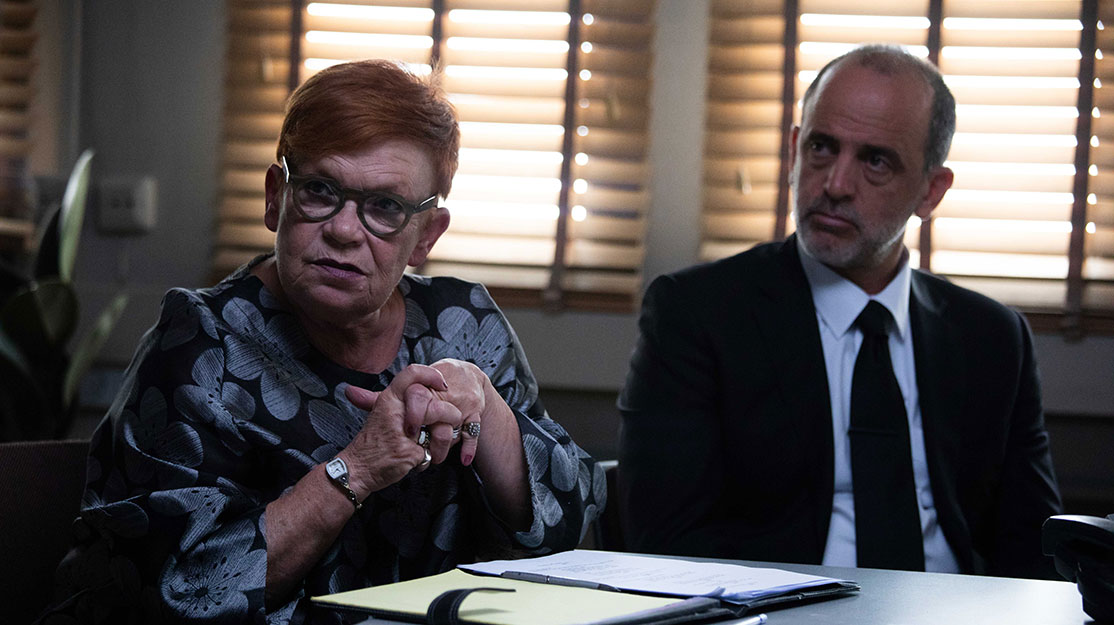 As the showrunner of Israeli series Kvodo, Ron Ninio has seen his show adapted around the world – most famously as US drama Your Honor. He discusses the origins of the original format and why it has been successfully translated all over the globe.

American television has frequently turned to Israel for inspiration, with numerous US dramas in recent years based on Israeli formats. Series such as Hostages, The Baker & The Beauty, The Good Cop, 68 Whiskey, Allegiance and Wisdom of the Crowd were all adapted from Israeli originals, while the most successful remakes include In Treatment, Homeland and Euphoria.

Among the most recent adaptations to fall firmly into the ‘success’ column is Your Honor. The drama stars Bryan Cranston (Breaking Bad) as New Orleans judge Michael Desiato, who is forced to confront his deepest convictions when his son is involved in a deadly hit-and-run that brings him into conflict with an organised crime family – leading Michael to make a series of impossible choices as he discovers how far an honest man will go to save his son’s life.

But the Showtime drama, which returns for a second season this Sunday, isn’t the only international adaptation of Kvodo, which comes from Yes Studios in Israeli, where it in 2017. Kvodo has been or is in the process of being remade in a further nine countries, including Germany, Italy, France, India, Turkey, Russia, South Korea, Spain and Croatia.

“We started it in Israel, but this story can be done in any culture, in any country,” says Ron Ninio, who created Kvodo with Shlomo Mashiach. The series’ log line – a father and judge must save his son from jail, and the mafia, after a hit-and-run – “startles the imagination,” he says, “and I did feel in the beginning that it would be successful. It has a lot of drama potential that people can relate to and, in the different remakes, one can see that it has been adapted to the local judicial system, to the local culture.”

For Your Honor, which was developed by Peter Moffat (Criminal Justice), the action was successfully transplanted to New Orleans, with Ninio noting that the show focuses as much on the city itself as it does the protagonists and their families, just as Kvodo does.

“In different countries, they do it a bit differently, but basically they’re telling the same story,” he continues. “Take a series I admire, Mad Men, for instance. The story is so typically an American, Madison Avenue story that it’s very hard to transfer it to another culture. But once you’re speaking about a son and a father, a judge and the law, these are very general terms and, within them, you can do a lot of a lot of remakes all over the world.”

Across, film, television and theatre, director and showrunner Ninio has built an award-winning career. His feature film credits include The Quarry, Auditions and There Were Nights, while he has worked on TV series including Arab Labour, A Touch Away and Reaching the Sky. Kvodo, which he directed and showran across its two seasons, won the best series award at French festival Series Mania in 2017.

At present, he is creating series, directing stage productions and working on a feature film he conceived during the pandemic, as well as taking some new projects out to international partners in France and the US.

“I’ve been doing that [working across different mediums] for 25 years already,” he says. “I move between film, television and theatre – any written drama. That’s my forte. That is what I like. I did some documentaries, but basically I’m into telling stories and directing actors.”

It is working with actors that Ninio particularly enjoys. “I identify with them and I can feel their soul,” he says. “I’m trying to combine the soul of the character with the soul of the actor. Casting, especially in television and film, is 80% to 90% of the deal. If you have a great actor, you’re home free.”

Ninio uses a shared creative process, working with actors to shape a character and include their ideas about how to move through a story. “Fights are not recommended,” he jokes. “I’m very open in the process because I do believe, especially in film, TV and theatre, that it’s a collaborative art. It’s a group of people who have to have a strong mutual energy to create a new episode, a new play, a new film. It’s doing something together for the purpose of maybe making the world a better place.”

When it came to remakes of Kvodo, Ninio also offered to collaborate with some of the international teams as they developed their versions. In the end, he respected their decisions to create their own interpretations – and he says watching the various iterations has been an interesting experience.

“For instance, in Turkey, they tell the story in a very long format,” he says. “Each episode is about an hour-and-a-half and they have 20 or 30 episodes per season, whereas we had 10 episodes. I’s very interesting to see how they shape the same story, but it’s a lot slower.”

Ninio had already done TV work with Kvodo co-creator Moshiah, and he directed one of Moshiah’s plays in Israel, when they began meeting for regular “creative thinking” sessions with a view to developing ideas for a series – one of which would become Kvodo.

Over the course of a few months, they met once or twice a week for sessions lasting between two and three hours, setting a goal to come up with something “very intriguing” within a year.

One idea started with a story about a private eye set several decades in the past, and Ninio admits it took them some time until they combined two ideas that would form the basis of Kvodo – that of a hit-and-run incident involving a father and a son, and a father who is also a judge.

“But once these two things clicked together, both of us immediately said, ‘OK, we think there is a series there,’ and that is how we started,” he says. “We wrote a proposal of five or six pages and took it to the commercial stations, the satellite platform Yes and Hot, the cable platform. But they weren’t very keen on giving us money to start developing it.”

Such was their belief in the concept, however, that they returned to Yes and asked for support just to write the opening episodes and, if the channel execs weren’t convinced, that would be the end of it. “So we got some development money from them, we created the first two episodes and then they understood there was series in front of them,” Ninio says.

After clearing that first major hurdle, the second proved to casting the lead role of Judge Micha Alkobi – who becomes Michael Desiato (Cranston) in Your Honor and Michael Jacobi (Sebastian Koch) in Germany’s Euer Ehren.

Ninio found his leading man in Yoram Hattab, a well-known film and theatre actor who was the first person the director thought of. “You see in his eyes that there was something dark that I was looking for in the soul of the character,” he says. “He’s playing not only a very successful judge who defends his son but also someone who slowly but surely goes downhill in terms of his morality. There is something dark that Yoram brought that I was looking for that meant maybe in another life, the character could also be with the people on the wrong side of the law.

“Usually when I cast, I don’t like to call a lot of candidates. For this role, there were five or six, but I knew if Yoram would agree to come for an audition, because he hadn’t acted for some years, he would be the best guy for the part. It turned out that way.”

With Kvodo now the latest Israeli series to be adapted for international audiences – Hatufim became Homeland and BeTipul turned into In Treatment – Ninio believes the country’s geopolitical issues and its small production budgets have created a conveyer belt of “intriguing, extreme psychological and action stories.”

“Life here is not easy-going and budgets are very small. To find the solution to that, we try to come up with strong stories that might give us some advantage over European or American productions,” he says. “Take Kvodo – the budget of one episode was about US$250,000. In Europe, it’s at least €1m [US$1.07m] to €2m, and for Showtime it’s about US$8m per episode. But because Israeli original productions look very good, you would not know they’re made on a low budget. We have to compensate with a lot of talent to try to come up with excellent stories and also excellence in producing them so that they will look a million dollars, even though they don’t cost that much.”

Ninio also credits Israel’s success to its showrunning model, which puts creative control in the hands of a show’s director, rather than the head writer, as is usually the case in the US and elsewhere.

“I create the story with a partner, who is usually the lead writer. But then once we have the storylines and episodes written, as a director, I’m showrunning the show,” he says. “In other words, I’m taking it from casting and pre-production through directing in production and then post-producing. There’s more of a directorial point of view, so maybe one can see it on the screen.”

Whether the showrunner is a writer or director, Ninio believes the key element is having one person overseeing the entire story from start to finish and ensuring it is told in one voice. He has also found a particular level of creative freedom in telling a story across multiple episodes, rather than as a feature film.

“This is part of the reason that TV has become so popular. It’s like we’re doing novels on screen,” he says. “It’s very exciting to tell a story on television with all the different facets that can be brought into the creation.”