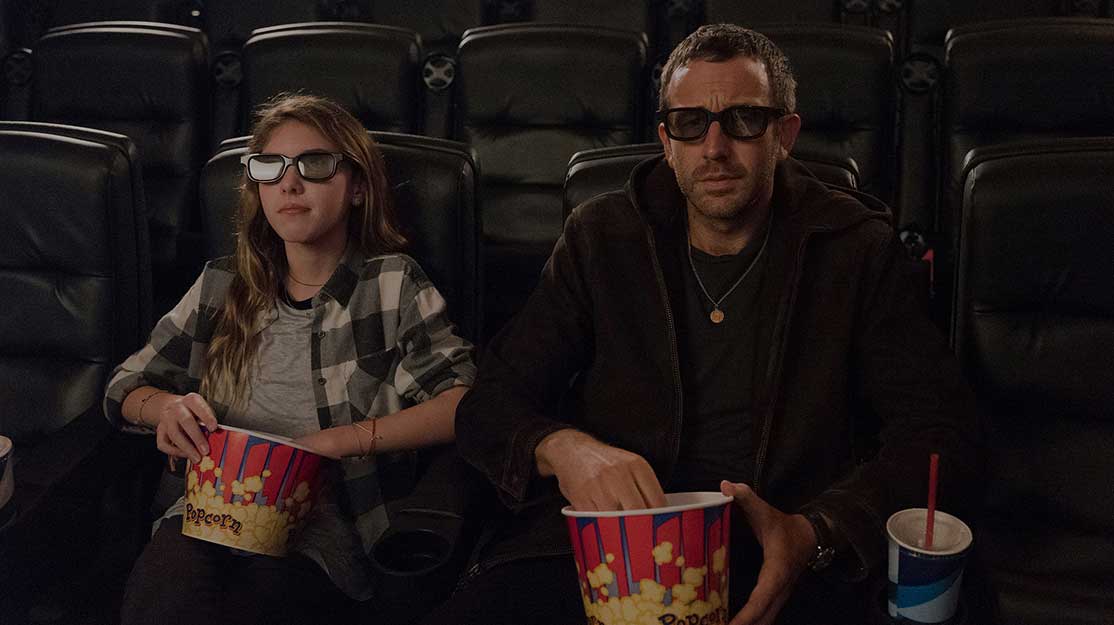 Get Shorty showrunner Davey Holmes tackles Elmore Leonard’s novel in a drama far removed from the 1995 movie of the same name. He tells DQ how he created the Epix series, which stars Chris O’Dowd as an hitman who lands in Hollywood.

When US cable channel Epix entered the original-drama fray, it placed commissions for three scripted series: Berlin Station, Graves and Get Shorty.

CIA-focused spy drama Berlin Station and political dramedy Graves were first off the block last autumn, scoring decent reviews from critics already weighed down by the crush of new content on which viewers can now feast. Duly, they were each given second-season renewals and are set to return this October.

Now arriving on Epix, delayed by design rather than disaster, comes Get Shorty, a 10-part comedy drama set within the world of Elmore Leonard’s fêted novel, which was previously adapted as a 1995 feature film starring John Travolta, Gene Hackman, Rene Russo and Danny DeVito.

The television landscape in the US has shifted dramatically since the series was first announced. More than 500 original scripted series are due to air in 2017, up from 454 during the previous 12 months, though that number already looks set to fall next year after several cable networks announced they were pulling back on their scripted endeavours.

A&E (Bates Motel) is pulling out of the scripted business altogether, while WGN America (Underground, Manhattan) said in May it would only focus on “cost-effective originals and reruns.” This week it announced it would become the US partner on Canadian drama Bellevue, a probable sign of the deals to come.

MTV is also reasserting its focus on youth-skewing unscripted programming, though scripted series will not be abandoned entirely, with plans to reboot Scream and Teen Wolf as anthologies, among other projects.

Get Shorty, then, could be under pressure to help lift Epix’s fortunes above those of channels that ultimately decide the original-drama business is not worth it, either to their channel identity or their bottom line.

If he is under pressure to deliver, Davey Holmes isn’t showing it. The showrunner has previously worked on Law & Order, Pushing Daisies, Awake and Shameless, and was specifically brought in by producer MGM, which also owns Epix and will distribute the series internationally, with a view to adapting Leonard’s 1990 novel.

He initially passed up the offer, with other projects in the pipeline, but quickly changed his mind when he realised this show was “the one.”

“It was the easiest, most fun project to adapt and write,” Holmes says. “I just spent the whole time I was plotting it laughing with my assistant, just having a ball – and I thought, ‘If this is a sign of some sort, if it’s as fun to watch as it is to make, we’re on to something.’”

Rather than script a literal remake of the novel, however, Holmes’s plan was to start again, jettisoning the characters and the plot that had already been introduced by Barry Sonnenfeld’s Golden Globe-winning feature film.

Instead, he used anthology series Fargo as a template, taking the tone and style created by Leonard but adding a new story and fresh characters, much in the same way the FX series transplanted the sensibilities of the Coen brothers’ movie source material.

“My feeling was that Barry Sonnenfeld brought his own thing to it and that movie works, it just stands on its own,” Holmes says. “But I didn’t want to do a series with that tone. I wanted to get back to something different, a little more Coen brothers, a little darker, a little grittier – still fun, but more grounded. Sonnenfeld’s take is more broad strokes, colourful and larger than life. I wanted to ground it.”

The final result is a series that finds humour in the insecurities of a bunch of tough guys out to prove themselves in a foreign environment.

Irish actor Chris O’Dowd (The IT Crowd) stars as Miles, a hitman from Nevada who tries to become a movie producer in Hollywood as a means to leave his criminal past behind. But instead of abandoning his former life, he accidentally brings it with him to LA, where he meets Rick (Ray Romano), a washed-up producer who becomes Miles’s guide in the land of show business.

Filming took place in both LA and Albuquerque, New Mexico, which doubled for Nevada and meant the crew were constantly flying back and forth during production. “It was crazy on a logistical level but wonderful on a creative level because they look so different,” Holmes says. “We shot scenes in Albuquerque with just desert and big wide sky off to the horizon, and can then cut to a scene in Hollywood on a studio lot. It’s creatively wonderful but it was a pain in the ass.

“It’s actually a wonderful plus when you can cut between such contrasting landscapes, and if I could boil the whole show down to one device, it’s getting invested in very different characters from different worlds and then having them collide.”

One character in particular, Miles, ended up very different to how Holmes first envisioned him after O’Dowd was cast in the lead role. The showrunner says he wanted Miles to be very different from Travolta’s Chili Palmer, who would never lash out or get his hands dirty.

“Our guy is much more menacing than Travolta, but Chris isn’t who you think of to play that guy and he did a wonderful job,” Holmes explains. “You feel the thug in this character. But it’s an Irish thug, which I hadn’t thought of until he came on. I had to learn what that was with him. We were both teaching each other.”

During the writing process, Holmes assembled a writers room to help break down the story and flesh out the characters before locking down the episodes. “Then, probably stupidly, I let the writers all go and then started rewriting everything, including my own work,” he admits. “So there was a flurry of rewrites throughout production. The upside of that is it’s helpful to have one voice glue it all together. The downside is I had to reintroduce myself to my family.”

Holmes’s first pitch to Epix was to turn Get Shorty into an anthology, but says there was too much story to tell in just 10 episodes. “There’s a high body count in the show and not everybody survives,” he explains. “Some fairly large players don’t make it through. You never know if someone’s going to be around for five minutes or five episodes, or if they’ll survive the season.”

The showrunner warns, however, that fans of the film shouldn’t expect a rerun when the series begins in the US with a double episode on August 13. “I do worry [that fans will expect the film],” he admits. “Our show turned out wonderfully so I hope they’re willing to accept something different, but it is very different from the movie. There’s no question. They’re different, the tone is different, everything has been reimagined.”

Until the launch, viewers can get a taste of the series by streaming the first three episodes from the Epix website. With largely positive reviews on social media so far, it looks set to be the hit that keeps Epix fighting among the traditional drama networks.