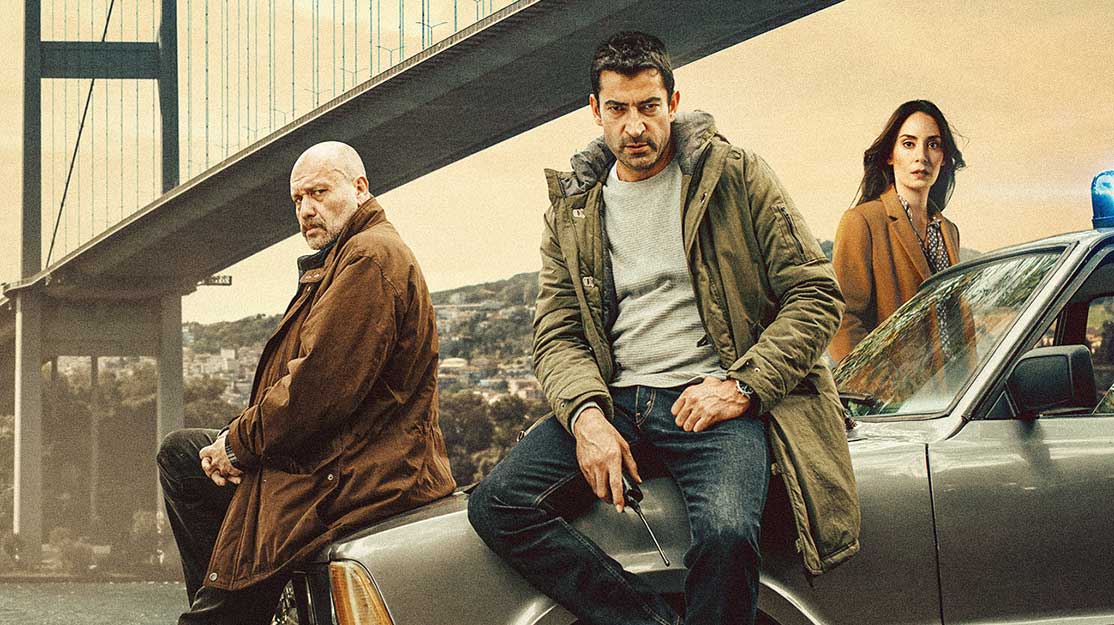 Turkish drama Aleph sees two detectives pursue a serial killer via a set of mysterious clues linked to the country’s past. Producer Metin Alihan Yalçındağ and director Emir Alper reveal how they pieced the series together.

Described as a mystical crime series, eight-part Turkish drama Aleph drew record ratings when it first aired locally on FX and BluTV. Starring Kenan Imirzalioglu (Ezel), Ahmet Mumtaz Taylan and Melisa Sozen, the story revolves around two detectives as they investigate a spate of murders in Istanbul, beginning with the discovery of a body in the Bosphorus.

Detectives Kemal (Imirzalioglu) and Settar (Taylan) pursue a serial killer who leaves a series of clues, sending them on a quest laced with traces of Ottoman and Islamic history. Key to solving the murder mystery is Yaşar Görener (Sozen), an Islamic history professor and daughter of a renowned mystical Sufi sheikh, who also sparks a romantic connection with Kemal.

Created by Emre Kayiş and directed by Emin Alper (Tepenin Ardi, Kiz Kardesler), Aleph is produced by May Productions and distributed by Global Agency, which has already sold the series to Achla TV in Israel.

Here, director Alper and May Productions’ Metin Alihan Yalçındağ tell DQ about developing the series with two broadcasters, filming in more than 70 locations across Istanbul and why it stands out among other Turkish series finding new audiences overseas.

What attracted you to Aleph?
Yalçındağ: The script. This was my first big production, and honestly it wasn’t the kind of story I would have dreamt of as my first big project. However, the script was so good that it led me to work with amazing people like our director, Emin Alper, and amazing actors such as Kenan Imirzalioglu, Ahmet Mumtaz Taylan and Melisa Sozen. Besides the script, the appeal was working together with this amazing cast and crew.

How was the series developed with the broadcaster?
Yalçındağ: The script came to me from BluTV, which then partnered with FX Turkey. I attached the director and started working on the script, which we led on with comments from the broadcasters. However, they didn’t force them upon us; they let the creative work flow. Things got a little bit harder during editing. There were several voices involved, as there were two broadcasters at the table. But, overall, what I learned was arguing a lot beforehand about what the project is supposed to be is the best way to keep it as it should be in the end.

How did you cast the actors?
Yalçındağ: Very simply, with the script. The script had the director very excited and the director made all the actors very excited. They all wanted a chance to work with him, as he is one of the most important European directors of our time.

Emin, how did you join the project?
Alper: One day, my friend Emre Kayiş, the writer of Aleph, called me and asked if I was interested in shooting a serial for a digital platform [BluTV]. As I give special importance to digital platforms, which leave the creators and directors a free space to develop their creativity, I said yes. Of course, beyond that, the content of the project attracted me as a director. When Emre told me the general framework of the story, I found it intriguing. Then I met with the producers, Alihan Yalçındağ and Mehmet Altıoklar, and I had a very creative dialogue with them.

How did you work with Emre to develop the scripts?
Alper: After Emre wrote each episode, he, the producers and I came together to discuss the script and give feedback. He then went back to writing and made revisions. After he finished all the episodes, we held longer meetings and reviewed the whole script, and then he made the final revisions.

What kind of visual style did you create for the series?
Alper: The reference phrases for us were ‘Anatolian gothic’ and ‘Anatolian noir.’ I wanted to emphasise the gothic elements of the Anatolian/Islamic tradition and combine these with the film noir elements of detective stories. We used darkness to increase the mystical and dramatic tones of the story.
Another visual aim was to elevate the melancholic beauty of Istanbul. The locations were quite rich and we tried to capture them at their gloomiest. The colour palette created a slightly retro effect that reveals the nostalgic perspective of our characters.

How do you work with the actors on set?
Alper: All the actors are great talents – I was really lucky in that sense. We did rehearsals before filming and discussed the characters, so almost everything was set before shooting. I just did the fine-tuning with them during production.

Where was the series filmed and how are locations used in the story?
Yalçındağ: Istanbul, the most beautiful city, full of history and stories, is actually a sort of character in Aleph. We shot in 74 real locations around the city, creating the feeling that the city is a living thing. Together with our characters and the story, the city itself also touches your emotions.

What was it like filming the series?
Alper: It was exhausting. It was like shooting four feature films in the timeframe of two feature films. Apart from that, it was exciting. I shot scenes [unlike any I have ever] shot in my films. I also worked with production facilities that I cannot get for my own arthouse films, so it was an enriching experience.

What were the biggest challenges in making the show?
Yalçındağ: Firstly, the budget. The show was too big for BluTV, so they partnered with FX Turkey. This was the first local production from FX Turkey, so with two broadcasters lined up, the biggest challenge was the content. With an arthouse director like Emin and a TV channel like FX beside OTT platform BluTV, the visual style of the show had to stand on a very delicate line. This taught all of us a lot during the process. On a more practical note, shooting in 74 different locations in a metropolis like Istanbul was the most challenging physical aspect.
Alper: There were quite difficult scenes, with some taking two days to shoot. These scenes needed meticulous scheduling, very intense production designing and careful managing of the extras, who numbered more than 200.

Turkish drama is growing around the world – how does Aleph continue that trend?
Yalçındağ: Honestly, the Turkish drama that is growing around the world is better described as soap operas, rather than dramas, with episodes that can last 180 minutes and stories that can stretch to more than 150 episodes.
I am a dreamer who believes we can use this outreach and familiarity of our community to create more drama-like series where the stories are told in as many episodes as the story needs, and not one more. I hope with Aleph we have achieved this to some extent and we are going to keep going in that direction.
Alper: Aleph is different from traditional Turkish drama in many ways. The cool handling of its subject, the melancholy of its characters – which reflects the general mood of the country – and a very intriguing subject that involves highly critical elements are just a few aspects of the project that make it new and refreshing.
We tried to elevate the story with a very delicate aesthetic touch. From the feedback I have received, the aesthetic quality of the show was appreciated by the audience. Visually, it compares to the [best] examples of series produced around the world in the last decade.