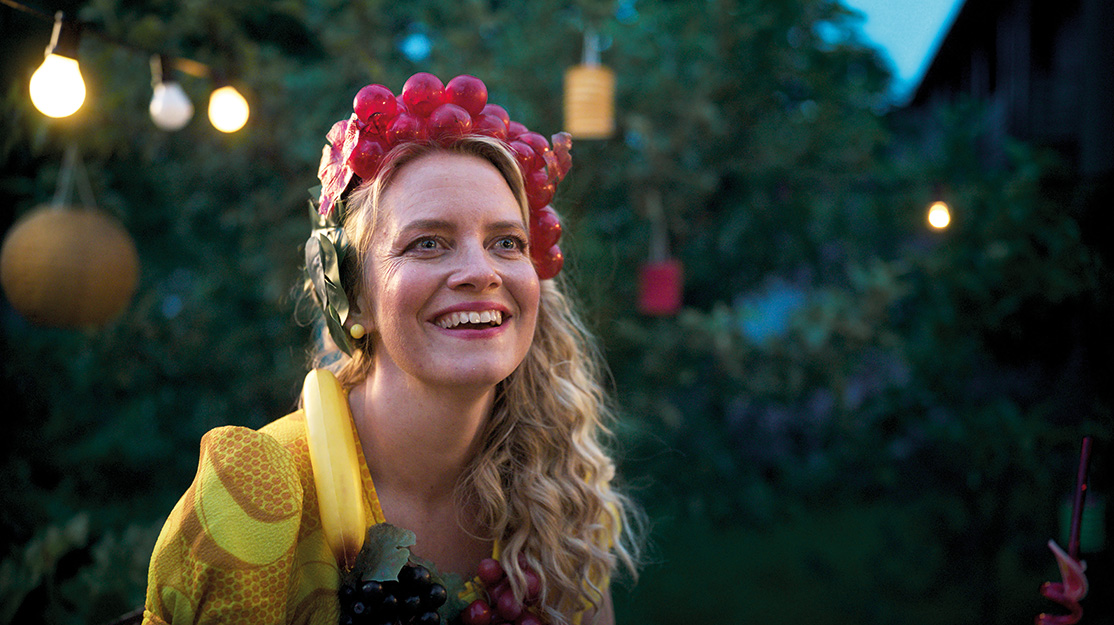 Star Nina Ellen Ødegaard and director Atle Knudsen tell DQ about making Norwegian drama Etterglød (Afterglow), a series of love and life told through the story of a woman facing a devastating illness.

For a woman who is often the life and soul of the party, turning 40 gives Ester the chance to celebrate in style. Yet as the events of Norwegian drama Etterglød (Afterglow) play out, the occasion turns out to be more than bittersweet when it is revealed she has cancer.

As her diagnosis and the subsequent treatment begin to take their toll on Ester, her illness also begins to weigh heavily on those around her, particularly her partner and their children, with nobody in her orbit left unaffected by her ordeal.

But this seven-part series, created by Atle Knudsen and commissioned by Norwegian public broadcaster NRK, is not about misery and sadness. Instead, it focuses on the joy of living and being surrounded by loved ones as Ester’s friends and family begin to look at their own lives with renewed vigour while supporting her in a series filled with both exuberant and melancholic moments.

Nina Ellen Ødegaard (Besatt) stars as Ester, with Torbjørn Haar playing her partner Arild, who had been looking forward to a happy future as a family but must now become her rock as their plans fall apart around them. The cast also includes Sara Khorami, Per Kjerstad, Hermann Sabado and Hanne Skille Reitan.

“In everyone’s lives there is both darkness and light. This story is recognisable in that way and sharpened with the story of cancer,” Ødegaard says. “Maybe everyone hasn’t experienced this themselves but knows someone who has. But the energy of the series celebrates living and keeps the hope that we can live through dark times. There is always light and darkness.”

Reading the scripts, the actor found Ester’s story immensely touching and was drawn to a character who is fun, strong and tender. “I thought it was a great opportunity and a challenge. The whole spectrum of a human being is in this character,” she says. “In every scene, I tried to bring as many colours to the character as possible and to just be in the moment. The thing I was most scared of was playing someone with cancer who feels sorry for her children and partner all the time – but life isn’t like that all the time [when someone has cancer]. They can be happy.”

To follow Ester’s journey through her illness and care for her and her close-knit family at every turn, viewers should be invested in her story from the beginning, but the actor admits she is not always so likeable.

“She’s very present in everyone’s life, so I tried to be very present and look everybody in the eye, but she’s a bit rude in the beginning,” Ødegaard admits. “That’s the surprising touch, maybe, because she’s not a gentle person. But it’s really important that we fall in love with her very quickly, and Atle helped me with that. It’s difficult if you’re going to go in with a character where it’s like, ‘Oh, she’s just good.’ I just tried to make her a person.”

Produced by Monster Scripted and distributed by Reinvent International Sales, Afterglow is based on an idea by creator and director Knudsen. It is written by Kjetil Indregard and Mads Løken and had its world premiere at French television festival Canneseries earlier this year, where it was the only Norwegian show in competition and won the High School award for best series.

For Knudsen, Afterglow has been a very involving production, having been in the script room with the writers since the first pitch to NRK in 2018. It is also a deeply personal project, owing to the fact his late wife also suffered from cancer, though the events portrayed in the series are wholly fictional.

“From the beginning, it was a very personal story for me,” he says. “I was in the room with the scriptwriters all the time, so we discussed where the characters were going, what they would do, where we should we put them.

“We love emotional stories, of course, and we took something from my personal life. My wife was very sick. Some of the other stories are also some of my stories and the scriptwriters’ stories, and we built them up with our characters. Then, of course, we had to find Ester.”

Ødegaard, Knudsen says, was the first person he imagined for the role, having seen her in the theatre. “She’s got this light and this power and a bit of darkness, and she’s one of Norway’s best actors,” the director continues.

“When Ester is getting sick and when the story explodes, it’s about what happens to all the people around her. It’s an ensemble story, with Ester’s story in front, of course. But it’s about all the characters. I fell in love with every character, following all their stories, and also the children’s stories, such as Lars, the older boy, who is falling in love and struggling with that when his mother is sick.”

Knudsen and cinematographer Torke Riise Svenson spoke a lot about how they could use minimal perspectives for each scene, with some only filmed from one angle – an approach that challenged Ødegaard. “It was a test of acting because I could only act with the person in front of me and that’s the picture. It’s all about the acting,” she says. “Maybe that’s why I recognised myself in the work. Sometimes when you do film or TV, you think, ‘Is this what we made? I didn’t think it would be like this.’”

“It was just a discussion, talking every day,” Knudsen adds. “Torke was looking for the right picture for the scene and I would say, ‘Maybe we need this one, nothing more.’ So the editing process was really good.”

“Also, with the production design and costumes, we were looking for life in every scene and each setting. We were only filming on location, all around Oslo. I hope we show off Oslo. It’s not a touristy postcard version – we wanted to show off life in Oslo and use different locations around the city. We don’t use stock images or wide landscape shots. We just wanted to follow the story and the characters.”

Ødegaard describes her experience making the series, which debuts on NRK this autumn, as an “adventure,” though she admits she has felt a certain responsibility playing Ester. “That has been a bit hard, but when I told Atle about it, he said, ‘You can ask me anything, I will tell you anything.’ Having that trust, I could always look him in the eyes if a scene wasn’t working,” she says. “We worked very closely but we didn’t speak a lot. It was important not to play his late wife but a true character that we could make together. I didn’t want to over-talk it.”

“It’s personal, but I really wanted it to be a fictional story,” Knudsen adds. “I didn’t use my story, and Nina and everyone else in the cast and crew were very respectful about my story. There was a lot of heart from everyone, from the runners to the producers. Everyone was working with a lot of heart.”