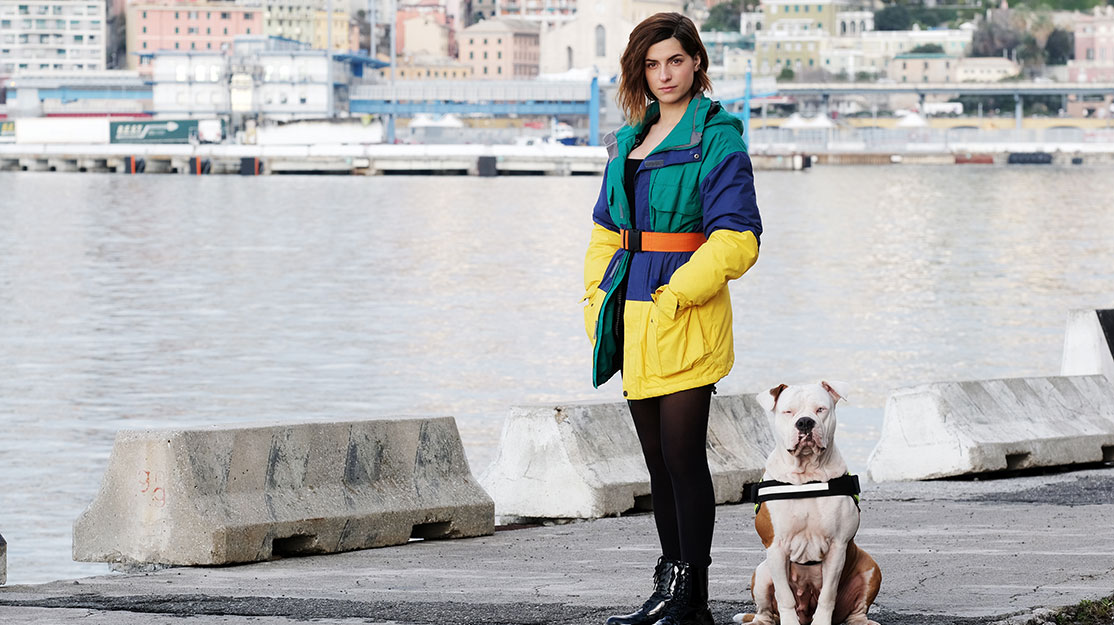 Lux Vide CEO and producer Luca Bernabei reveals how the use of innovative sound technology was used to bring to life the world of Blanca, the blind central character in the Italian crime drama of the same name.

As new virtual production techniques offer filmmakers the chance to tell stories in increasingly far-flung or fantastical worlds and environments, an Italian drama has this year championed new aural technology that aims to place viewers in the shoes of its protagonist.

Produced by Lux Vide for broadcaster Rai, Blanca is pitched as the first production in the world to use holophony, a special 3D sound-recording technique that mimics how sounds are perceived in a natural way.

In the series, Maria Chiara Giannetta (Don Matteo) stars as Blanca, a young woman who became blind as a child. The subsequent loss of her older sister at the hands of an abusive boyfriend leads her to develop a very strong sense of justice and pushes her to join the police, where her speciality is decodage, an analytical listening technique.

But although she finds herself working in an environment where her disability is thought of as an obstacle, Blanca does not let herself to be confined to an office. She is also caught between two men, Inspector Liguori, a colleague with many secrets, and Nanni, an unconventional young chef, all while supported by her guide dog Linnaeus and her exuberant friend Stella.

The series is directed by Jan Maria Michelini (Devils, Medici) and written by Francesco Arlanch (DOC), Mario Ruggeri (Devils), Luisa Cotta Ramosino (Made in Italy) and Lea Tafuri (Don Matteo). Notably, Italian tenor Andrea Bocelli, who lost his sight as a child, was instrumental to the series as an artistic consultant, supporting Giannetta as she stepped into the role of the titular character.

For Lux Vide CEO and producer Luca Bernabei, Blanca was four years in the making as the creative team looked to hone the aural technology behind the series. But that’s not the only notable element of a show that also uses different visual styles to represent Blanca’s perspective of the world.

“We wanted to represent the world of a person who is not able to see,” Bernabei says. “As you can imagine, if you cannot see, the sense of hearing becomes a lot stronger. This is why we wanted to use this particular technique of 3D sound. It helps you to be in the same situation, because if the sound of a door opening comes from behind you, you hear it behind you. If you have the sound of a big boat in front of you, you hear it in front of you.”

The producer describes watching Blanca – which has been sold to M6 in France and Telecinco in Spain – as a “completely different viewing experience” – one that, importantly, doesn’t require specialist audio equipment to enjoy. But the unique sound isn’t created in the mixing room during post-production.

“You start doing it on set – you record with special microphones,” Bernabei explains. “It’s been really interesting. It has helped us a lot making a deeper experience of the show because Blanca solves cases using this technique. She may listen to a phone call and hear sounds in the background that help her understand where the person was during the call. It’s been a wonderful experience. Finally, we will have a series shot with 3D sound.”

It has, Bernabei admits, been a long process to bring Blanca to the screen – the show debuted on Rai last month to 5.6 million viewers (27% share) following its premiere at the Venice International Film Festival in September – with the production team taking their time to find the right tone to speak about Blanca’s disability.

“She makes mistakes, she bumps into tables, she falls over, but she’s a sympathetic character,” he says. “The problem is, you might have two approaches – if you are merciful, you feel pity for [blind people] and treat them as different people, but that is a problem. The first thing every blind person told us [during the research] was, ‘I don’t want to be treated differently.’ That really touched us and we understood we were making a mistake.

“Or you can portray them as a person who is isolated from the world surrounding them. What has been really helpful is [working with] Andrea Bocelli, because Andrea told us his ambition in life was to put other people talking to him in a comfortable situation. He said to me, ‘If I talk to you, I try to watch you while you talk so I’m not looking somewhere else.’

“We also chose to use a lot of colours because Andrea told us, ‘You have the perception that our world is dark, and it is not. That’s you closing your eyes.’ He told us something else really interesting, that when it rains, he can see because the sound of the drops give the distance to objects [around him], so he has the feeling of what is going on around him.”

This idea is translated to the screen in a scene where Blanca goes out into the rain and objects gradually appear around her. It’s a technique Bernabei calls The Dark Room – when Blanca steps into a new setting, she is shown in a dark room that slowly lights up as she establishes the environment surrounding her.

“When she enters the room, it is dark. But little by little, if you are coughing, you have a perception of a person, maybe someone is using a computer. The TV is switched on, so little by little there is a composition of that room,” he says. “We have been inspired by what Andrea said about the rain. We studied a lot, but it was not easy. It was very technical.”

Using holophony on set, preparation was key when it came to identifying which moments and scenes in each episode would employ the technique.

“It has been tricky, but it’s been fun, a new experience,” Bernabei says: “You watch the pilot 10 times, 12 times in order to refine it. Then when it was finished, finally, I listened to it with the technique and the perception of the show was completely different. Finally, I realised and understood all the work we had done to get there.

“We didn’t use it in normal scenes when two people were talking. But if Blanca’s listening to a recording of something that has happened, we were using the technique to be in her mind with her. We were shooting in Genoa, and in the pilot she is working on the case of a woman killed in the port. While this woman is trying to escape [her killers], she’s calling the police and, in the call, you have the sound of a big boat passing by, the sound of a crane moving, the sound of a car passing. Listening to that recording, she understands where that lady has been killed.”

Having mastered the technique, Lux Vide is now planning to repeat the feat in a second season of Blanca, which is currently being written, as well as Sandokan, its forthcoming adaptation of Emilio Salgari’s novels about the legendary 19th century pirate and the Tigers of Mompracem who fight against colonial rule in South-East Asia.

“We are developing a lot of visual technology but less audio technology,” Bernabei says of the screen industry at large. “I don’t know why. Audio is so important. We discovered through technology this wonderful experience that is completely different. I was there, I was working on it, I was prepared, but I was still impressed when I listened to it. I was surprised; everyone was so surprised.

“As it was for us the first time we watched 3D with birds flying in the same room, this is almost the same. But the problem is that it was not possible to recreate the 3D visual experience at home. This, you can make at home easily. That’s really important because that means it’s possible for all viewers to have this experience.”