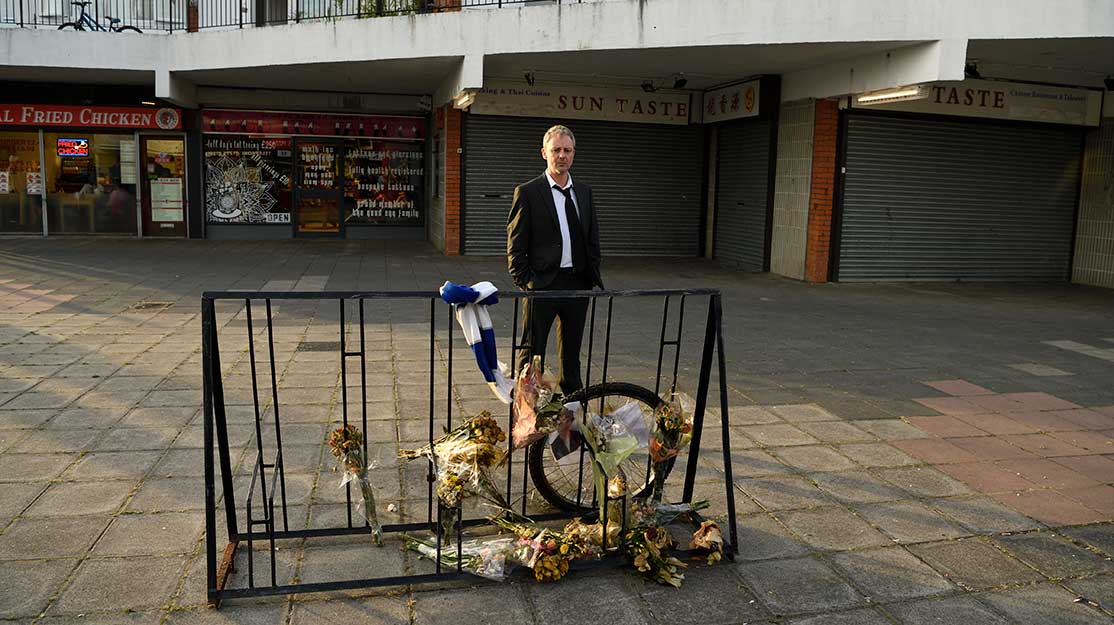 Launching in 2015, domestic thriller Doctor Foster quickly became one of the most talked-about shows of the year, with stars Suranne Jones and Bertie Carvel doing battle in a taut thriller about a woman seeking revenge after uncovering her husband’s infidelity. Season two put viewers through the wringer once again when it aired on BBC1 last year.

Before then, however, screenwriter and playwright Mike Bartlett had started working on the idea behind Trauma, a three-part drama airing on consecutive nights on UK broadcaster ITV from Monday. Using a hospital trauma centre as its backdrop, the story is about what happens when you place your trust in another person, only for something to go wrong.

Development was put on hold as Bartlett worked on Doctor Foster and continued his theatre career, but Trauma eventually went into production last year. The show is produced by Tall Story Pictures, directed by Marc Evans and distributed by ITV Studios Global Entertainment.

It stars Adrian Lester as Jon, a trauma surgeon who is unable to save the life of 15-year-old Alex, the son of John Simm’s character Dan, who holds Jon responsible for Alex’s death. As he strives for justice, Dan begins to unpick the very fabric of Jon’s life as his own unravels in the wake of Alex’s passing.

“I looked at a trauma centre and we looked at the people who worked there and it was really interesting as a context, but then I didn’t really want to write a medical drama,” Bartlett tells DQ on location at Jon’s family home, a luxury four-storey house in Clapham, south-west London. “I wanted to find a story that was a bit different. We live in a world where you get a lot of choice and get to control things, but when you’re thrown into a hospital, you’ve got to place 100% of your trust or the people you love into the hands of someone you’ve never met before. So this story is about what happens when that goes wrong.

“Once I had that starting point, it quickly became clear this is, hopefully, an unusual story of two protagonists and two points of view. We don’t settle and tell the audience, ‘this person is right.’ We move between the two, and that became an interesting form to explore.”

DQ visits the set on the 33rd day of a 35-day, seven-week shoot that included a two-day rock-climbing sequence. It’s here at Jon’s house that Lester, Rowena King (as Jon’s wife Lisa) and Jade Anouka (their daughter Alana) are filming with director Evans. King is clapped off at the end of the day, having completed her final scene.

Bartlett had been in conversation with Tall Story creative director Catherine Oldfield, who produces Trauma, about working together for several years. “We originally talked about doing The West Wing set in a newspaper room, but now he’s making it without us,” she jokes, referring to Bartlett’s forthcoming BBC drama Press.

That first conversation was almost four years ago, but uniquely, and perhaps owing to the short episode order, Oldfield was able to begin pre-production early last year with three solid scripts in place, ensuring the team behind the show was able to make decisions based on the whole story. “We have that very clear idea at the heart of it, which is these two men, two points of view and we’re not coming down on either side of it,” she says. “That’s been a really big touchstone to come back to. Every time I’ve had a question about it, to go back to that fundamental thing we talked about at the beginning was a way to keep everything on course.”

Bartlett describes feeling “fulfilled” by the more hands-on role afforded by both writing and exec producing the series, with his involvement in conversations throughout production meaning he didn’t have to put everything into the scripts.

“I thought of this like a chamber piece and what’s great is the production process feels like it’s mirrored that,” the writer explains. “It’s felt like a team that is absolutely on the same page so there haven’t been any surprises. Sometimes you get the rushes back and a scene you wrote in a lift is now set in a meadow. But it hasn’t felt like that – I haven’t been worrying that I’m not on set. Marc’s brilliant, and what’s really worth saying is you’re not writing it and wanting everyone to fulfil that. I love the collaborative process – the designers, the actors and everyone involved. You want it to be more than what you’ve written; you want it to be what you’ve written plus that again in terms of what people bring to it.”

With the opening episode of Trauma, Bartlett succeeds in his attempt to keep viewers guessing in terms of both what will happen next and, more importantly, with whom their sympathies should lie. The writer says psychological thrillers such as this and Doctor Foster are more appealing to him than traditional murder-mysteries or medical dramas.

“Audiences are so genre-literate that it’s nice to have a drama that is just a story, where you have to watch to find out what it is,” he notes. “We’re actually moving [between genres] because it is a medical drama for a moment and then it becomes a thriller and a psychological thing. Audiences love that now – they love finding something unusual that they can’t quite get a handle on.

“Television drama can do all sorts of things brilliantly, but what I love to do is write dramas that are quite close to the audience and will get them talking, so that when it happens in their life, they will think of the show. Or if it has happened in their life, this is reflecting some of [their experiences] and maybe they’ll talk about it at work the next day. That’s true with this show. People won’t have been through this exact experience, but there are moments that will reflect what a lot of people have been through.”

Both Bartlett and Oldfield tease that Trauma could return, either as a continuation of the story that plays out across the forthcoming three episodes or as an anthology. Fellow ITV drama Safe House has already laid down a blueprint for single drama that returns with a new cast and story.

What’s certain is theatre playwrights are continuing to find their way to television – note Jez Butterworth’s television debut with Sky Atlantic and Amazon drama Britannia – but producers and broadcasters may soon have to look elsewhere for new writing talent.

“It used to be that writers started in theatre because that’s what you can do at school or in your home,” Bartlett notes. “Then when you got better, you got the resources of TV. Now you can make a film with a phone, so that route of theatre into TV isn’t necessarily where you’re going to find the new talent and new writers anymore.”