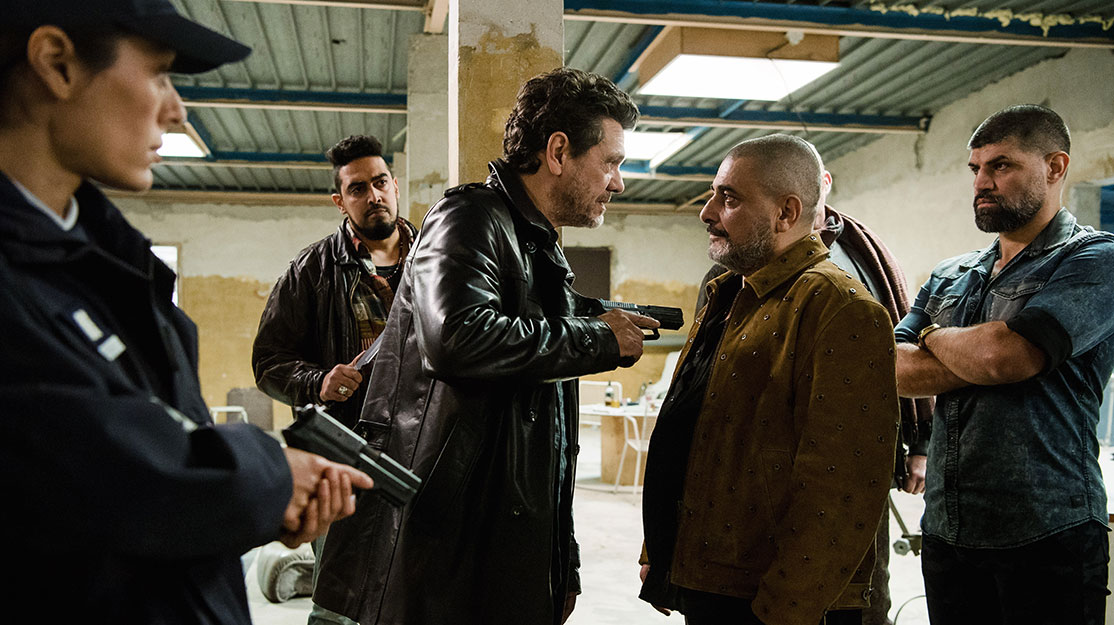 French crime drama Kepler(s) tackles themes of mental health and the Calais migrant crisis in the story of a police officer secretly struggling with multiple personality disorder who is sent to investigate the murder of a student in the port town. DQ meets the writers and producers.

There aren’t many school projects that get developed into a six-part series, are commissioned by a national broadcaster and then screened at an international television festival. Yet that’s the journey travelled by Kepler(s), the first television series from French writing partners Jean-Yves Arnaud and Yoann Legave.

In their previous lives, Legave was a journalist while Arnaud worked for NGOs. But five years ago, having moved into making short films and writing, respectively, they applied to go back to their studies and subsequently began a project to create a television series.

That series was Kepler(s) and when they were introduced to EVS Productions’ Caroline Solanillas and Laurent Cevccaldi, they were given the chance to write a pilot.

“It’s crazy,” admits Legave, “but the project is crazy and it’s quite complicated, with multiple personalities and the location of the show in Calais, which is really politically hardcore at the moment.”

Solanillas says she thought the script was well written and, in particular, she was drawn to the contemporary themes that laid the foundations for a crime drama. “We like projects that focus on real topics of our world and Calais is one of these topics,” she says. “No one in France talks about it so we are the first and only series that is about migrants and refugees. Calais is a real place with all these people. It’s also a very cinematographic place.”

The titular Kepler, played by Marc Lavoine, is a cop who suffers from multiple personalities. Posted in Calais, he tries to put his life back together with his wife and daughter. But when the body of a young student is found in a migrant camp, Kepler is paired up with a young local cop named Alice, who is both his guide and a witness to his downfall.

During the series, which is commissioned by France 2 and distributed by France Télévisions, Kepler will uncover some truths about how refugees are exploited by a city that doesn’t want them but uses them anyway. The story also confronts themes of madness as Kepler attempts to control the ‘passengers’ in his head.

“We loved the idea that he was treating them like we treat the refugees – we need them but we imprison them,” Legave explains. “With what’s going on politically there, we think it goes well with this case.”

Kepler has three additional personalities that all clamour for control. The inspiration for the character came from the real-life case of Billy Milligan, a US citizen who was acquitted of several charges of rape after claiming insanity due to multiple personality disorder.

On screen, Kepler’s different personalities are dramatised inside a dark room, where each personality is personified by a different actor. “When a passenger takes control of the body, there’s a big black room with just light on in it and whoever is under the light has control of the body,” Legave explains. “We used that to write the show and make people understand what was going on in his head.

“When it’s in his head, the different personalities are played by different actors and then Martin, who plays Kepler, found really subtle ways to indicate to the viewers which one he was when the character is out in the real world.”

It is through the eyes of Alice, Kepler’s new partner, played by Sofia Essaïdi, that viewers discover and come to terms with his condition. She’s not the only one with suspicions about Kepler’s behaviour of his reasons for being in Calais, however.

“What we found interesting about Alice is she’s a young cop, she moves to Calais and it’s a really hard situation for her,” says Legave. “We talked to cops there, NGOs, refugees and tried to have a feeling for every situation. At the beginning, she’s exhausted with the situation, with her work and as the show progresses, she will discover his madness.”

Arnaud adds: “All the cops in Calais wonder what he has done to be in Calais. It’s not a promotion, so they keep wondering what he’s done. They discover an operation has gone wrong in Paris, but they don’t know exactly what’s happened and why he’s in Calais.”

Writing together, Arnaud and Legave would individually describe how they each saw a scene before they began to write the dialogue, splitting episodes between them and then coming back to share and discuss their work together. The first two episodes were developed with broadcaster France 2 over 10 months before the show was greenlit. The next four scripts were written in just four months before shooting took place in Dunkirk and Calais between September and December 2017.

“The difficult part was Calais and the political situation there,” Legave says of writing the series. “When we started writing the show, the Jungle [migrant camp] was at the centre of the show, but during the writing, the police broke it up. So we had to think about what we were doing and how to represent the city. Were we ignoring the fact they dismantled it or were we writing it like it is and making a bet that it will not change that much? Shooting there is complicated, too, because there are a lot of cops.”

“Everything in this show is complicated because there are a lot of scenes, a lot of action, a lot of different places and many characters,” admits Solanillas. “For us, it was the most ambitious show we have ever done. Everything was quite difficult.”

Solanillas says French broadcasters are becoming more ambitious, and the fact France 2 boarded Kepler(s) is proof the network is stepping out of its comfort zone.

Arnaud agrees that the show deals with subjects that aren’t a natural fit for the channel. “It’s one of the first times they’re doing this, especially taking place in Calais, which isn’t the sexiest place on Earth for a French broadcaster,” he adds. “They made the difference; the pilot script was just great. They read it and said they had to do it.”