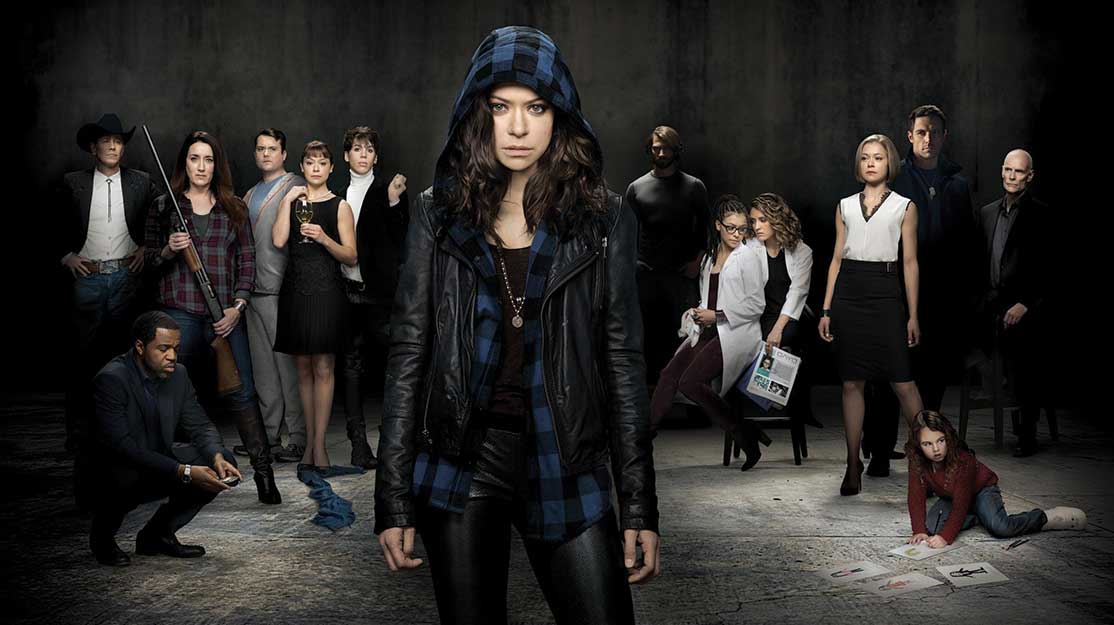 Where once flagging TV series would have been quickly axed, now they are getting more time to establish themselves. Are TV bosses getting sentimental or are other forces at play?

The scripted TV business has never really been known for its sentimentality. Year after year, decent shows have been brutally axed the moment they show any fragility in the ratings.

But recently this approach has been tempered by a slightly more tolerant attitude among commissioning editors. Increasingly, shows that a few years ago would have been cancelled in the middle of their first season are being allowed to bow out gracefully at the end of their run.

Similarly, series that might have been shelved after a season or two are being given extra runs – either to achieve narrative closure or to allow more time to try to pick up a sustainable audience.

This shift has come about for a few reasons, but is primarily the result of competition between channels and the increased clout of SVoD services.

“For me, it’s fundamentally about SVoD’s appetite for scripted content,” says Joel Denton, MD of international content and partnerships at A&E Networks. “The revenue from the SVoD window means networks don’t need to be so quick to close down shows. This can create a virtuous circle where the two platforms feed off each other in a way that builds shows. Something that starts life as a modest critical success may develop into a big hit.”

Clearly, some shows still disappoint and need to be dropped – examples being HBO’s much-hyped Vinyl and FX’s The Bastard Executioner. “But if you have a good instinct about a show then there’s a financial logic to sticking with it – even if it needs fixing in some way,” says Denton. “Cancel it after five episodes and you’re throwing US$30m to US$40m down the drain. Stick with it and you may be able to turn it into a franchise that has long-term value in both domestic and international markets.”

A classic case in point, says Denton, is AMC’s acclaimed 1960s drama Mad Men, which debuted in 2007 to the kind of ratings that would have got it cancelled on a lot of cable networks. When it ended seven seasons later, its contribution to AMC’s brand was immeasurable. And it continues to win fans around the world via Netflix, which underlined the value of supporting shows when it acquired the rights to the series in 2011 for US$90m.

Linked to all of the above is the growing fear of pulling out of a show before it has had a chance to really establish itself as a profitable franchise. “Because of the range of choice in the market, a show’s audience doesn’t necessarily find it straight away,” says Denton. “Shows like Longmire have been cancelled by networks and then brought back to life by SVoD platforms. So perhaps networks are more cautious about doing all the hard work and seeing Netflix [which resurrected Longmire after it was axed by A&E] or Amazon benefit.”

Stephen Cornwell, co-founder of The Ink Factory and producer of one of 2016’s hit dramas, The Night Manager, agrees SVoD is the key factor: “It may look like the broadcasters are changing, but these soft landings are the result of the new economic model introduced by the SVoD second window.”

This, however, is “reinforced by evolving expectations among audiences,” adds Cornwell. “In this post-broadcast world, viewers are attracted to limited series with clear conclusions. That’s why we have seen such a lot of interest in shows like The Night Manager, Fargo and The People v OJ Simpson: American Crime Story. When the audience is looking for narrative completion, commissioning editors need to ensure they are meeting their expectations.”

This may explain the growing tendency for broadcasters and platforms to announce their intentions for a show well in advance. Increasingly, says Cornwell, audiences are reluctant to invest time and emotion in a series if there is a risk it might be cancelled before the creative team has finished telling the story.

Cornwell also believes the trend towards soft landings may have something to do with a power shift in the relationship between channels/platforms and creative talent: “Our company is built around changes in the market that have put the creative at the centre of the process. The TV business is so noisy now that the calibre of creative talent is, more than ever, the key differentiator between productions. At the same time, audiences don’t care anymore if a series is two seasons, five seasons or an anthology series, as long as it’s great TV.”

One implication of this is that broadcasters need to be prepared to fully back a creative’s vision. It’s difficult, for example, to entice the likes of Cameron Crowe (Roadies), M Night Shyamalan (Wayward Pines), Steven Knight (Peaky Blinders) and John Logan (Penny Dreadful) into the TV business, only to shut down their shows before they’ve built momentum.

The tendency for broadcasters and platforms to prematurely announce their intentions for a show is not just something we are seeing with new series. It’s also become increasingly common for them to flag up the end of long-running, successful franchises such as Pretty Little Liars, Bates Motel, Person of Interest, Teen Wolf and Black Sails.

So what’s this about? If a network knows a show is going to come to an end next year, why not just get on and give it the chop? Christian Vesper, FremantleMedia’s executive VP and creative director of global drama, who last year left AMC-owned art house channel SundanceTV, recalls how the latter gave notice that Rectify would end after season four: “I don’t think any channel is going to recommission a show unless it makes financial sense, but I do think there is a respect for storytelling at play. I know that was very important to the producers and to us.”

There is also a PR value to this kind of early announcement, Vesper adds. For example, warning audiences that the end is nigh is a way of galvanising them into action. It gets social media buzzing with the news that a climax is on its way. In terms of career management, it also puts the talent back in the shop window, telling the rest of the industry approximately when they will next be available.

Maybe, on a subtle level, it also has an impact on a show’s prospects on the awards circuit. For example, it wasn’t until the final season of Mad Men that John Hamm finally won a Best Actor Emmy – despite having been nominated in every single season.

Cornwell’s point about the shifting balance of power can even be taken a stage further. Perhaps the current trend towards soft landings is not just broadcasters and platforms treating creatives with kid gloves. There may also be more situations where the decision about when to end or extend a show is not being driven by the network or platform – but by the creative partner. The Ink Factory, for example, could get the greenlight for a second season of The Night Manager tomorrow if it wanted — especially after stars Tom Hiddleston, Hugh Laurie and Olivia Colman won Golden Globes earlier this month — but Cornwell says the prodco would only go back to the show if it felt there was a good story to tell.

It’s this creative-led thinking that has also brought us anthology dramas such as American Horror Story and series like Penny Dreadful, whose creator John Logan was responsible for the decision end the show after three seasons. There’s also the emergence of prequels like Bates Motel and Black Sails, which – if the creatives have their way – need to finish at the point the source material begins.

Orphan Black (pictured top) is another show that underlines this point. At last year’s Comic-Con, the creators of the BBC America series explained why they had decided to end the show after five seasons. According to co-creator Graeme Manson, it was because they wanted to end it on their own terms: “We sort of had five seasons in mind, and the thing we didn’t want to do was get kind of soft around the middle. We think it’s better to cancel than to get cancelled, than to peter out.”

A by-product of such scenarios, then, is that the broadcasters and platforms have a pretty good idea of when a show is going to end. This means it becomes easier to turn the conclusion of a series into some kind of cultural event. The fact that it may be ending sooner than they might have liked is not such a problem given the longevity of scripted series in the new on-demand world. Better to have three perfect seasons repeating for a decade than seven with a short shelf life.

Speaking from a producer’s perspective, Tiger Aspect joint MD of drama Frith Tiplady says her company has enjoyed being given visibility of the future of its shows: “The BBC commissioned seasons four and five of Peaky Blinders together, and we were given advanced warning that Ripper Street [Amazon/BBC] would finish after season five. That’s brilliant for us because it means we can finish telling stories the way we want. It also shows a respect for the audience and the auteurs involved.”

None of the above is to suggest we are witnessing the end of the sudden axe – especially from commercial networks, which remain notoriously quick to remove deadwood from their schedules.

While the business models associated with SVoD platforms, premium cable channels and public broadcasters tend to favour soft landings, ad-funded networks have less room for manoeuvre. ITV in the UK would probably have liked to have spent more time fixing Beowulf and Jekyll & Hyde, but below-par ratings made that impossible. There’s also the possibility we may soon start to see a contraction in the scripted business that results in more cancellations. For now, however, here’s to happy endings.