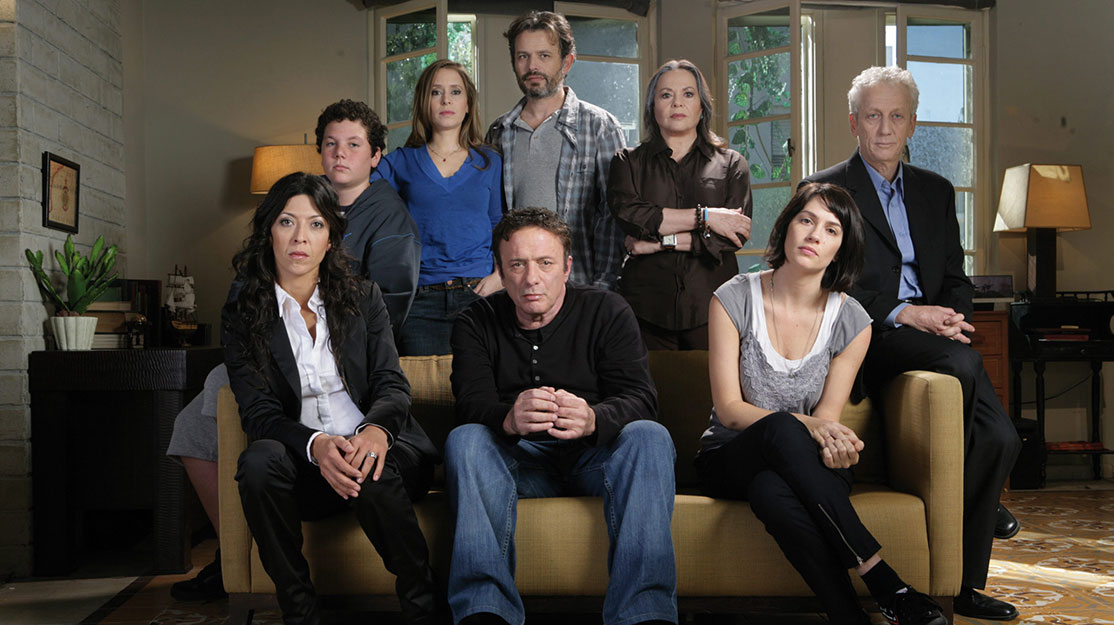 Hagai Levi, creator of Israeli drama Be Tipul (In Treatment) and co-creator of US drama The Affair, tells DQ about his latest project, his approach to storytelling and returning “home” to HBO.

It has been 10 years since HBO first launched In Treatment, the psychotherapy drama based on the much-adapted Israeli format Be Tipul (pictured above).

The original series, which ran between 2005 and 2008 on cable platform HOT, has spawned copycats around the world and was among the pioneers in the ongoing wave of interest in Israeli drama that has made original dramas such as Hatufim (Prisoners of War), False Flag and Fauda household names.

It’s fitting, then, that a decade on, Be Tipul creator Hagai Levi is relishing the opportunity to return “home” to HBO for his latest project.

The 10-episode, as-yet-untitled series is based on a true story and follows the aftermath of the kidnapping and murder of three Jewish teenagers by Hamas militants. Two days later, the burned body of a Palestinian teenager from eastern Jerusalem is found in a forest on the outskirts of the city.

In the days that follow, an agent of Shin Bet (the Israeli Security Agency) investigates the murder, while the parents of the slain teenager begin their quest for justice and consolation.

HBO has partnered with Keshet International for the series, which Levi created with filmmaker Joseph Cedar plus Tawfik Abu Wael and Noah Stollman (Pillars of Smoke). Cedar and Abu Wael also direct, with filming on location in Jerusalem due to be completed in September.

Retelling the events that led to the outbreak of war in Gaza in the summer of 2014, the drama follows the investigation into Muhammad Abu Khdeir’s murder and tells the story of all those involved, Jews and Arabs alike.

“We are focusing on the investigation of this story, which was quite shocking, but it should be said that it’s rare,” Levi explains, noting that the story is told from three points of view – the family, one of the killers and the investigator. “We know Palestinian terror, it’s obvious. They are fighting for their state. But Jewish terror, or these kinds of hate crimes, are much more rare. So it was quite shocking for the Jewish population. We are following the investigation, the interrogation, the courtroom, everything.

“But of course, it’s not a courtroom drama. It exposes a lot of layers in Israeli society and it’s also about understanding the nature of hate crime – you see it everywhere, not just in Israel, and what are the necessary conditions? There are so many layers needed to create hate crime. So we are showing the Palestinian side, the Israeli side and, in the middle, Shin Bet are investigating the whole thing.”

The series has been developed over the past three years, with Levi linking up with Oscar-nominated director Cedar (Beaufort, Footnote) and Palestinian partner Abu Wael, who writes and directs the Arab-set elements.

“It’s very interesting, but the partnership means it just takes time,” Levi admits. “Basically I’m in charge as a kind of showrunner. We have some other writers writing the scripts, and Joseph is a director-showrunner. We’re assembling material together, rewriting it ourselves. It’s complicated.”

From the beginning, however, it has been an HBO show, with former head of programming Michael Lombardo taking the initial lead on the Hebrew-language drama, which together with Italian series My Brilliant Friend notes a shift in the US premium cablenet’s appetite for foreign-language drama.

“They’re trying to do these things, which is great,” Levi says. “Instead of remaking them, just show it. People seem more open to watching foreign languages and are more used to seeing subtitles. So it was an offer I couldn’t refuse; it was the best of both worlds. We have a nice budget compared to Israeli budgets, but a very low budget compared to US series. But for us it’s great, and I can do it in my own language with my own sensitivities. Since In Treatment, HBO has been a home for me. It’s the best place I know.”

In the US, Golden Globe winner Levi is arguably best known as the co-creator of Showtime drama The Affair, starring Dominic West and Ruth Wilson and now into its fourth season. Before The Affair, however, he was an executive producer on HBO’s remake of Be Tipul. Another 16 versions of the series have been produced in countries including Canada, Italy, Russia, Argentina, Brazil and Japan.

“The best thing about In Treatment is the option of the word ‘remake’ didn’t exist, it never happened in Israel,” Levi reveals. “So I was just doing my thing, and because we have very low budgets, we had to make something where the budget wasn’t an issue. The worst thing is when you have a low budget and you try to make a big thing, and then it looks rubbish. But the nice thing about In Treatment is it’s been shot the same everywhere. That’s my taste as a writer and director; I like two people talking.

“Whenever I have more than two people in the room, I’m nervous,” he says, emphasising his preference for dialogue and the relationships and moral dilemmas that characterise both Be Tipul and The Affair. “If you think about In Treatment, the main story is a therapist who’s in love with their patient, and vice versa. In The Affair, it’s about betrayal. So it’s always like that. I don’t see anything more interesting in the world than that.

“I remember watching House of Cards, just one episode. I couldn’t watch more – I hated it. But the main problem was they didn’t have any moral issues because they are not moral to start with. They’re cynical, bad people so where is the conflict? Where is the drama?”

Levi is now developing two more projects. The first is a remake of Scenes from a Marriage, the 1973 Swedish miniseries that starred Ingmar Bergman. Produced by Filmlance International and Media Res, it’s the first time a Bergman property has ever been remade. “That was the most influential piece of my career – that was the inspiration for In Treatment and a lot of things I did,” Levi says of the original show. “When I did The Affair, we watched it again. So when the family of Bergman approached me a couple of years ago and asked me to do the remake, it’s complicated, it’s hard, it’s very dangerous and frightening, but that’s my next project.”

The writer/director will also pick up a movie he has written, The Girl Who Learned How to Kneel, based on the life of Etty Hillesum, a Dutch Jewish author whose diaries recounted the persecution of Jewish people in Amsterdam during the Second World War. She died at the Auschwitz concentration camp in 1943.

Before then, his Summer 2014 Project, to give it its working title, has the best of both worlds – Israeli creativity fuelled by a US premium cable channel – though Levi admits he hasn’t got the same budget as other HBO series like Game of Thrones or Westworld.

But Israel is well known for producing drama on a shoestring budget, building a reputation for original concepts and unexpected twists and turns.

“The equation is quite simple. If you have less money, you have more time,” Levi says. “In the US, you have to write a whole season in half a year. That’s fast, much too fast. You cannot write 13 or 15 episodes in half a year. It’s crazy. But in Israel, no one pays, so you can take the time.

“Then if you are very successful, you don’t make money. The limit is very low. You still have to struggle to pay the rent, so you better do what you want, what comes from your heart. It’s not a business. You’re more creative, you’re more personal. You’re more innovative. You work more as an artist than as a business.”

The success of Israeli drama internationally has led some to ditch this successful formula, though. “I see people trying to make something in order to sell,” Levi says. “They think about it while they’re writing and it’s not a great thing. It could spoil the industry.”

tagged in: Be Tipul (In Treatment), Hagai Levi, HBO, The Affair