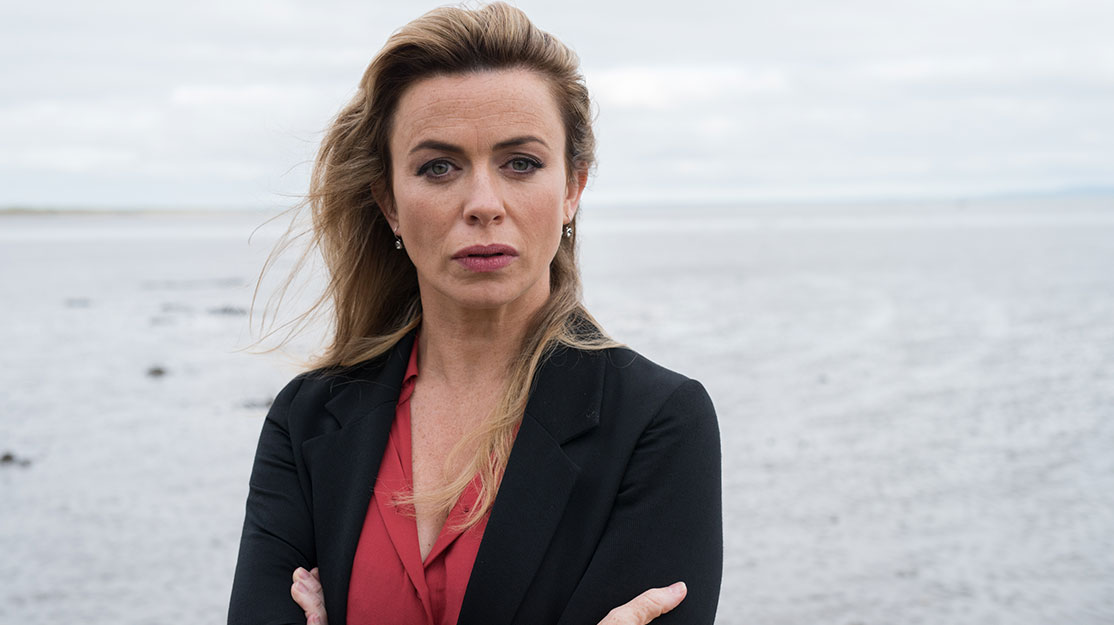 Matthew Hall, writer of Un Bore Mercher (Keeping Faith), tells DQ about his journey to bring the series to air and the importance of intimacy and location in television drama.

If ever proof were needed that water-cooler TV still exists in today’s streamer-dominated television landscape, Un Bore Mercher (Keeping Faith) is it.

The eight-part Welsh-language series debuted on S4C in November last year, before a version combining Welsh and English launched on co-commissioner BBC Wales in February this year.

The series drew 300,000 viewers to its weekly episodes on BBC1 Wales, the highest audience for a non-network drama shown in Wales for more than 20 years. It then went on to become a record-breaker on BBC on-demand service iPlayer, with 9.5 million requests to view the series so far – the highest ever recorded for any non-network show on the BBC – leading the broadcaster to extend the availability of the show online.

Such was the demand that the series was then promoted to BBC1, launching last month to 2.9 million – beating this summer’s other must-watch series, Love Island.

Un Bore Mercher, an eight-part drama set in Carmarthenshire, stars Eve Myles (Torchwood) as lawyer, wife and mother Faith, who fights to find the truth behind the sudden disappearance of her husband. She comes to discover that her idyllic hometown harbours many dark secrets that threaten the lives of her and her family, while her ordeal transforms Faith rom a stay-at-home, fun-loving and carefree mother to detective, action hero and lover.

The show’s shift to BBC1 and its iPlayer statistics are very much a bonus for writer Matthew Hall, who spent more than four years developing Un Bore Mercher for S4C, with producer Vox Productions securing additional financing from BBC Wales, Nevision and distributor About Premium Content (APC).

But throughout the writing and production process, Hall was adamant the show would retain two things: its intimacy and its geographic specificity.

“The US shows I’ve admired the most are all incredibly intimate, in that you’re up close with the protagonist most of the time,” the writer says, highlighting series such as Breaking Bad and The Sopranos, two seminal shows that he describes as being both gangster drama and intimate study of family.

“In Britain our tradition is theatrical, so television is ultimately a descendant of the theatre, and everything is more arms-length and dialogue-driven [than in the US]. I just wanted to get away from that and because I worked with Pip Broughton, the director and producer, from the very beginning, we understood each other exactly. We had a completely joint vision by the time it came to filming.”

Meanwhile, the South Wales location “is very much my part of the world,” Hall says, explaining that setting a drama in a specific place adds credibility and a universality to the storytelling. “So much of television takes place in a generic location, particularly in Britain, and we’ve seen London and Manchester so much. I was just determined it would be in a small town. Some of the drama I’ve admired has that small-town setting, so Fargo was very much on my mind during the writing. And the moment you do that, you’ve got idiosyncratic speech patterns, which adds another layer of authenticity and belief in where you are.”

The series and the character of Faith herself emerged from Hall’s desire to dramatise the conflict many women face when trying to balance their home life and their career. “I’d wanted a character in Faith who had done some of that, who was a professional and capable of achieving a huge amount in the world but was also incredibly maternal,” he explains. “I just felt that was not a dilemma I’d seen much of.

“Mythological stories often end with women living happily ever after – but what if she already is living happily ever after and we take that all away from her? It’s kind of like, what does a woman want from life? That’s one of the questions the series is asking. What does she want from life and what is she capable of? I’m not making a political point, I’m just making a character who’s in the middle of a dilemma.”

Development was a year along when the ambition surfaced to follow Welsh noir drama Hinterland’s two-track production process, producing the series both in Welsh and bilingual Welsh-English versions. But it was a further two years, Hall recalls, before the BBC and APC were secured and the budget was raised to a level to support both ‘home’ and international versions.

The jewel in the crown, however, was Myles herself. The actor – whose other credits include Broadchurch, Victoria and recent miniseries A Very English Scandal – was “an absolutely critical part” of getting the production off the ground. “We have this issue where there’s only a very small pool of Welsh-speaking actors and the commercial reality is you have to have some headline name in the show to sell it abroad,” Hall admits. “Eve was absolutely critical and she completely embodied the spirit of the character. The major obstacle was she didn’t speak Welsh at that point, so she had to learn it.”

Similarly, Hall is not a Welsh speaker, though he is learning too. Anwen Huws oversaw the Welsh translation of the scripts, which Hall had had the luxury of writing all at once, rather than in two or three batches.

“That’s virtually unheard of in television. Normally something gets commissioned on the back of a couple of scripts and the rest get written in a rush,” Hall admits. “But I was able to write eight fairly carefully and plot them through. It was actually quite a rigorous development process. By the time Pip and I had been through that – you’re talking 500 pages of scripts – we had a very close understanding of the tone of the thing. The scripts resemble movie scripts more than traditional TV scripts – there’s fewer words in them but that’s because the surer you are of tone, the fewer words it takes to express it. It should be absolutely effortless to read a screenplay, and that was my objective.”

Such was the popularity of Un Bore Mercher on iPlayer that BBC Wales announced in April that scripts for a second season were in development, with Hall once again overseeing the story. But it’s not the story for a follow-up that he has had in mind since before the first season aired. Rather, it is the characters’ emotional arcs that he has already worked out and will now flesh out before filming restarts this autumn.

“I’ve had emotional arcs for season two and season three, which are more important than story arcs,” the writer adds. “Story is something that facilitates your emotional journey. If you know emotionally what you want your character to go through, where they begin and where they end, then you can strap a story to it to deliver that. There are a few things in my mind where I can see where Faith could go.”