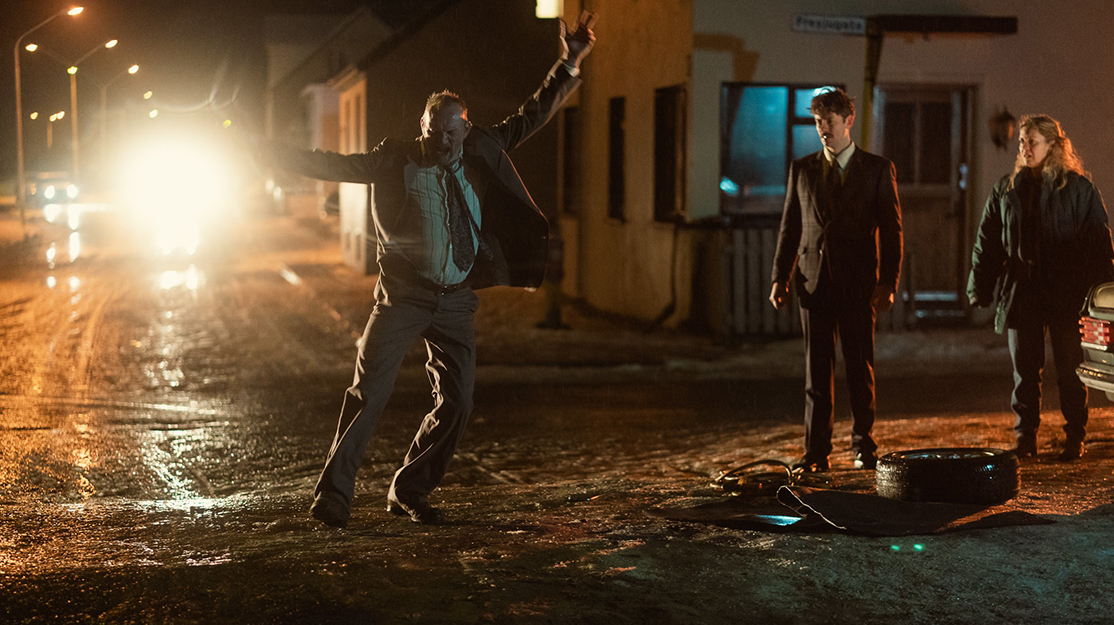 Gísli Örn Garðarsson, one of the creators, writers, directors and stars of Icelandic drama Blackport, speaks to DQ about why he wanted to dramatise the real-life impact of the country’s fishing quotas in the 1980s.

In 2018, the creators of Icelandic period drama Blackport unveiled their ambition to stir up a “revolution” when they pitched the show to industry executives at French television festival Series Mania. 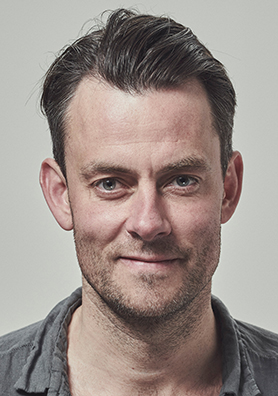 Three years later, the same team returned to Lille for its world premiere, after which the series picked up the Grand Prize in the event’s international competition.

Set in the mid-1980s, the eight-part series chronicles how the Icelandic government’s decision to introduce fishing quotas upset the balance of the entire industry, as many workers were affected and previously buoyant fishing towns faced extinction.

In one of those towns, Harpa is the secretary to the local council. She takes advantage of a tragic accident to save her town from bankruptcy and create a fishing empire, thanks to the new quota system. But together with her husband and their childhood friends, they will have to adapt to a new way of life while trying to remain united.

Produced by Vesturport for Iceland’s RÚV and Arte France and distributed by About Premium Content, the series comes from creators Gísli Örn Garðarsson, Björn Hlynur Haraldsson and Nína Dögg Filippusdóttir. Garðarsson and Haraldsson wrote the series with Mikael Torfason and the pair also directed with Maria Reyndal.

“I’m part of the second generation since this happened and I myself had no idea what this was about,” Garðarsson tells DQ. “Certainly, the next generations coming forward now have no idea. It’s a system we’re used to now. But it’s a system that should be challenged and discussed way more than it is, just so that we could get our head around it, because it’s a huge thing for Iceland and it’s a big topic.

“It’s also about who should own the natural resources anywhere in the world. Here in Iceland, only a handful of people are allowed to fish, so that means it is privatised. We just wanted to get a better understanding of what had happened and why it is like this, so we created this show. We pictured ourselves being at the heart of a small town in the West Fjords in the 80s, being handed this opportunity and how this could all unfold amongst ourselves. That hopefully will explain what happened and how people took advantage of it.”

As the story unfolds, the series follows Harpa, her husband and their friends as they suddenly find themselves in a position of power – and the financial rewards that come with it.

“Then somebody has more money or more power than another friend, and somebody starts sleeping with someone and personal things are affected,” Garðarsson says. “It’s all based on real facts and it’s hard to believe. They so often say, with reality, you can’t make this shit up. Reality is more fictionalised than fiction. That’s certainly true when it comes to how this all came about. The challenge is to make it not dry and informative, in a way, but entertaining and dramatic.”

Starting in 1983, just as the system was introduced, the series aims to show all sides to the quota argument, from those who support this model to regulate the country’s fishing industry to others who question the decision to put the power into the hands of just a few individual and corporations.

“There’s a lot of questions to be dealt with,” Garðarsson adds. “Some people are for it, some people are against it, but in general, I hope it’s enlightening in a way we can at least have a discussion and you understand what it’s about. You can be for or against it as a nation. It’s easy to be the left-wing artist who says, ‘Fuck the system,’ but we’re really not trying to do that. We’re trying to show all sides of it.”

For Garðarsson and his co-creators who grew up in the 1980s, the period holds a lot of nostalgia they were able to tap into for the show. But at its centre is the “mind-boggling, discombobulating” decision around fishing that has gone on to shape one of the biggest pillars of Iceland’s economy.

“The passion [to tell this story] is really nationalistic, in a sense that I can’t buy a boat and go out fishing,” he explains. “There’s just so many angles to this that are so absurd, really. It’s a heartfelt matter in this country. And it was created when we were kids. We just wanted to dig into it and understand it ourselves.”

Around the central issue, the creative team have then sought to place an ensemble of characters in comedic and dramatic situations that reflect the lives of a group of friends growing up in a small Icelandic fishing town that is now struggling to survive.

“There’s something about growing up in a very small community that’s very heartfelt to us and very nostalgic, so we wanted to create a TV series where we dwell in that nostalgia and dwell in the complications that come with it, where you fall in love with your best friend’s wife because there’s not that many people around,” Garðarsson says. “It becomes like a microcosm [for global issues]. The Brexit debate had a lot to do with fisheries, so even though this is a small town in Iceland, this topic is mirrored in Britain or in bigger countries, like with oil in Russia. Who should own, protect or be allowed to make a business out of natural resources anywhere in the world is a big subject.”

Throughout the drama, real events are used as markers against which the stories of the characters play out, ending in 1991 at a point where the quota system became transferrable and those with a share were able to sell it off. “Basically, it turned into Bitcoin,” Garðarsson remarks. “There’s only a certain amount of Bitcoin. Once all the Bitcoin has been handed out, and everybody in Sweden decides to sell their Bitcoin from Sweden, that means there’s no more Bitcoin in Sweden. That’s basically what happened [when fishing moved away from some towns in Iceland].”

Starring in the series “definitely affects” the writing process, Garðarsson admits, because as actors, they are not afraid to put themselves in extreme situations on screen. “We’re not shy about anything. We’re mixing a period story that has its own kind of drama and then putting factual things into the mix. Some characters in the show are real and we give them the words that they said and then other characters around them are fictional and we give them total freedom.”

Then, in terms of the show’s visual style, the character-driven plotlines mean the cameras stay very close to the actors. “Of course, it has an 80s feel and it’s sometimes very dramatic, almost like a soap opera,” Garðarsson says. “We wanted to make it a very personal show, and not cold but warm. Because the period has a nostalgic warmth, it’s not a dark-grey Nordic show – it’s a warm, colourful drama.”

Filming for Blackport mostly took place last summer, with some additional scenes recorded in January this year. Then, because the production had to shut down last winter due to Covid-19, the final shots are being filmed this month from a trawler out at sea. Although the show has been several years in the making, with the added demands of filming at sea and during a pandemic, Garðarsson says he never lost hope the show would one day be completed.

“It’s been developing for a long time and it needed to do that,” he says. “People used to ask like, ‘When are you going to shoot it?’ And we said, ‘Well, when the time is right.’ Then I pitched it for the first time at a Nordics pitching session, which is when Arte came onboard. They showed real interest, and that’s when the ball just started rolling for real.

“Then I pitched it at Berlinale and we won the best pitch there and we were invited to Series Mania to pitch it there as well. We felt a lot of support for it and a lot of interest. It’s been pretty effortless in that sense. It’s been on a pretty smooth track. Nothing has been forced or rushed. We’ve taken our time.”

But will the show lead to a revolution as he once hoped? “Well, of course I hope there will be a revolution. But I hope we also help push the discussion onwards while we’re doing something that’s entertaining. I know that’s often a no-no word in European cinema, ‘entertaining,’ but we have no shame in saying we try to entertain while we try to discuss in a very important political market that affects all of us and that’ll affect our kids and grandkids for decades to come.”